Cars were lining the highway extending from the wayside parking lot out onto the shoulders as we approached Split Rock Lighthouse State Park. What the hell is going on? As we pulled our 1995 Conversion Van into the Park Jackie and I gave each other a concerned glance after reading “Campground Full” on the entrance sign. The scenario was this. It is October, the weather is amazing and the fall leaves are at peak color. As we rolled up and grabbed our cameras, Jackie and I walked down the dirt path onto the rocky beach of Lake Superior. The beauty of the place is overwhelming. It was quite of contrast of hobbyist photographers from the city carrying their pro level DSLR cameras, and the Minnesota outdoor lovers enjoying yet another weekend out in one of Minnesota’s most beautiful places. The lighthouse was overlooking the lake as the sunlight continued to change with the passing clouds. With all the people venturing around, Jackie and I decided to hike around the park and scout some locations for later that night and the next morning when the crowds would be gone.

Time and time again, I have learned that in order to make a great landscape image, it is important to take your time composing a shot. One of the challenges with a beautiful location like Split Rock, is that the scenes are overwhelmingly stunning in all directions. It becomes a huge challenge to frame a beautiful shot that is uncluttered with all the elements around you and also that hasn’t been taken by everyone that visits their daily. Just google search Split Rock Lighthouse and you will see the key places where most photographers and tourist snap their images from. 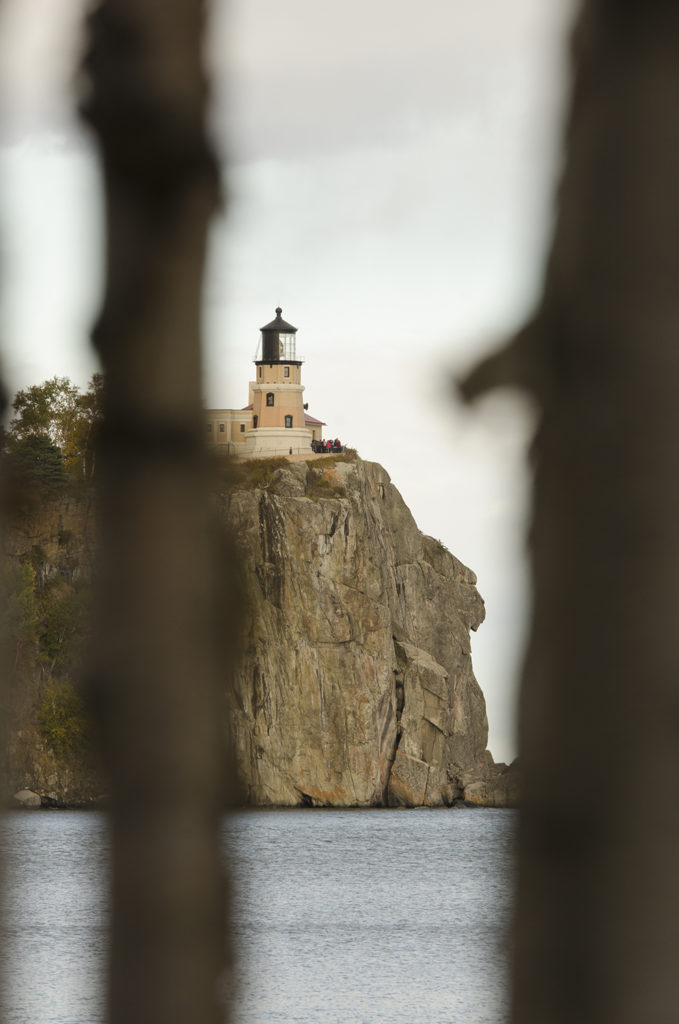 As the light began to take on that golden color as the sun dropped low in the sky, Jackie and I started composing interesting shots off the beaten trail. The camera clicked away as I created a few timelapse videos, and we watched as the last fading light drifted off into the cool tones of night. The crowds left and Jackie and I were left alone with a few hardy campers and photographers. 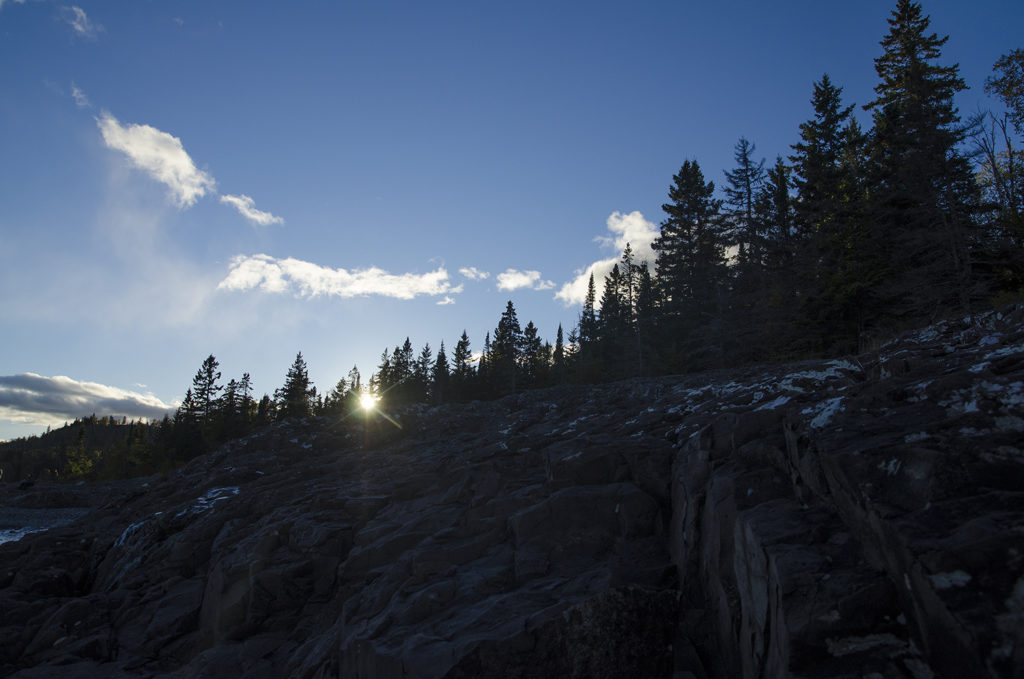 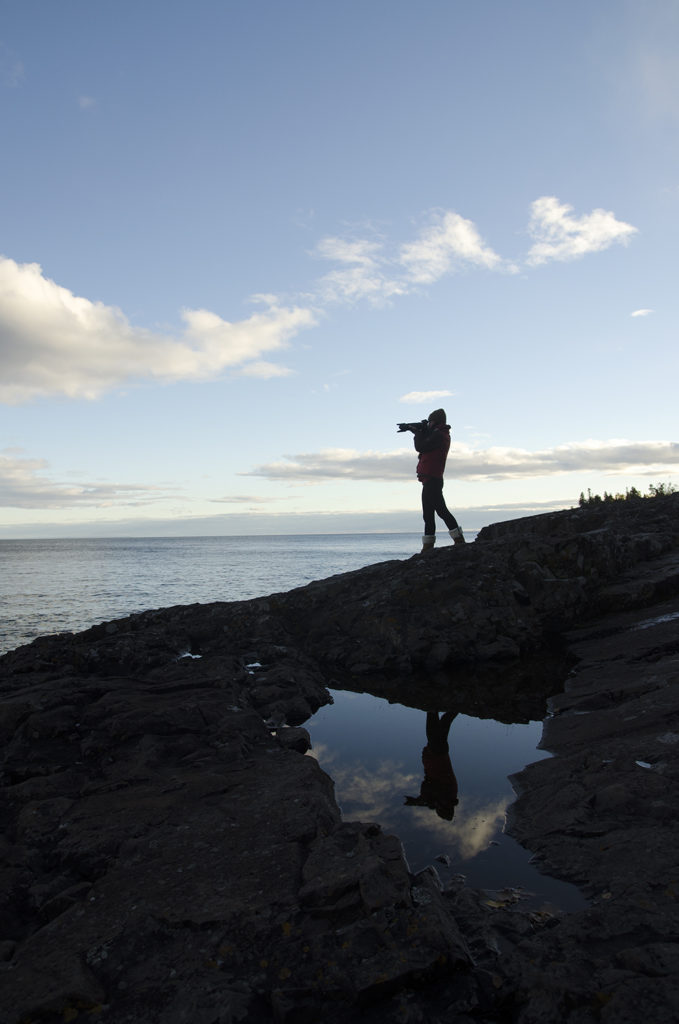 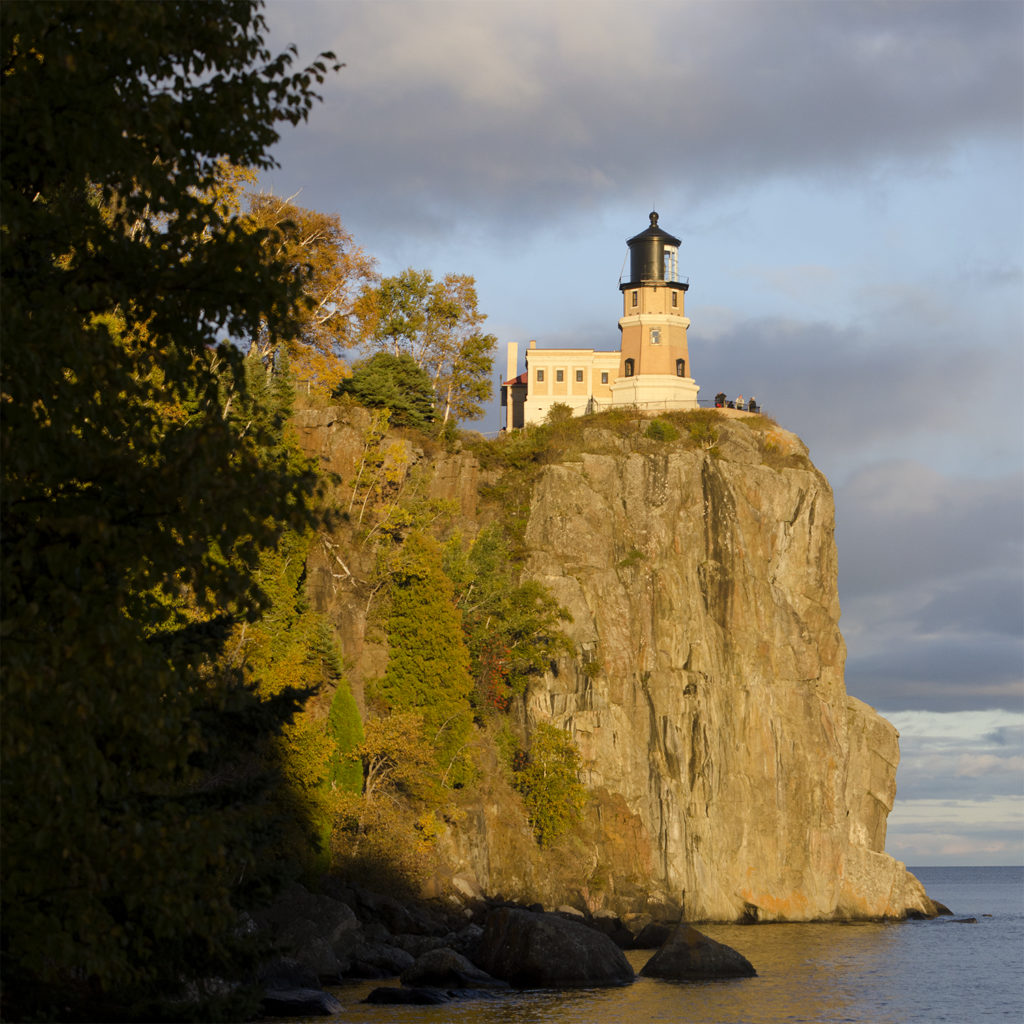 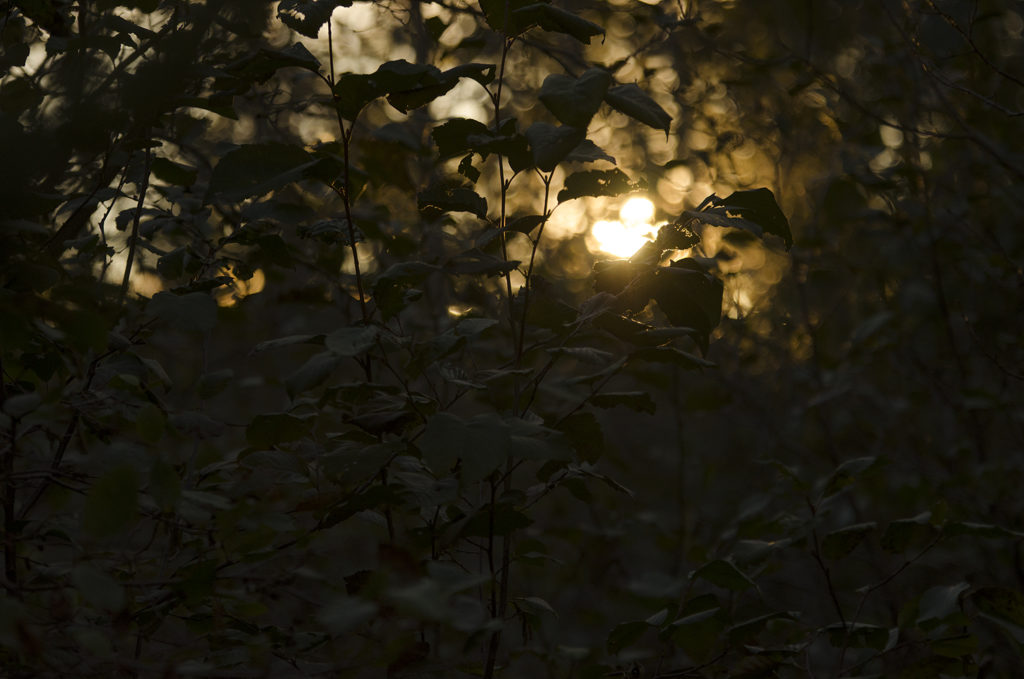 In past times I felt an overwhelming amount of pressure to line up a great shot and was never pleased with my compositions as the light faded into the night. This day was different. Jackie and I have been practicing gratitude and being present in the moment, and we both stopped to really soak in the amazing scene around us. It is hard to believe that in a place so close to home we were surrounded by the expansive blue water of lake Superior softly rolling onto the dark torn up rock that lines the shoreline. Behind us are the rolling hills of many varieties of trees all with there own beautiful fall colors in full effect. The experience quickly takes you to a more primitive way of life. When you are present you start to listen to the sound of the waves, the birds singing and the rustle of the leaves softly agitated by the breeze. The feel of the cool northern air begins to become colder as soon as the sun dips below the tree line to the West. 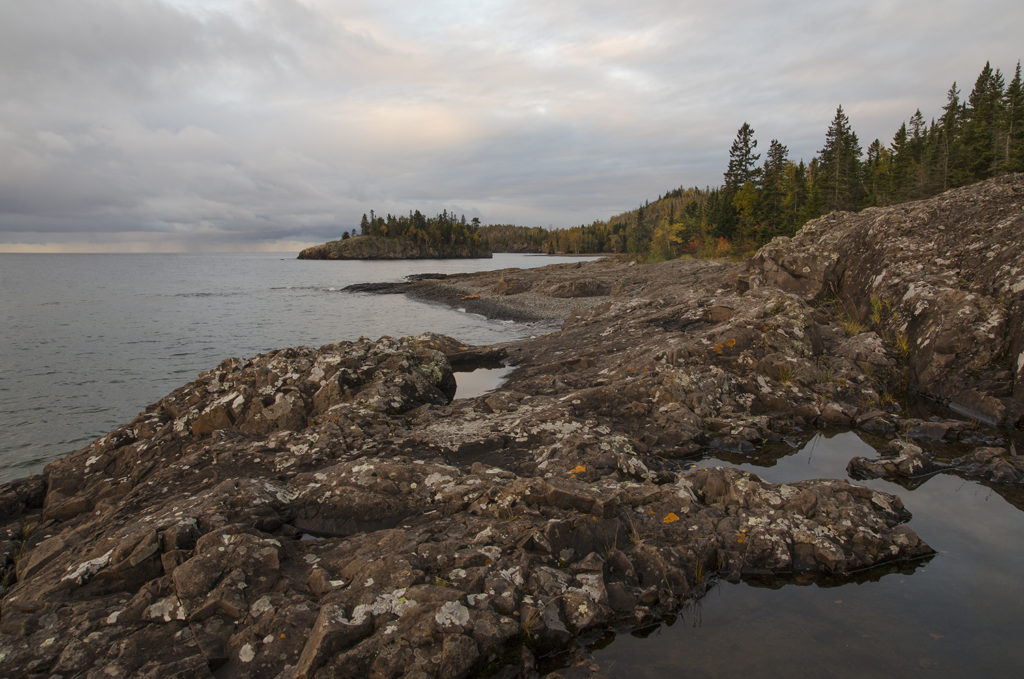 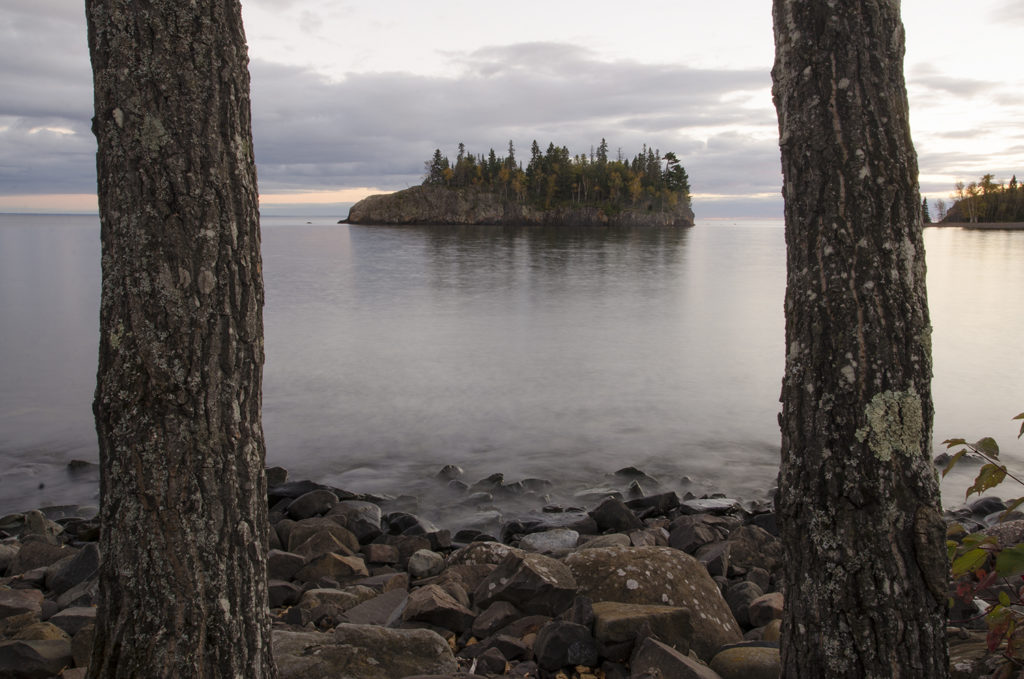 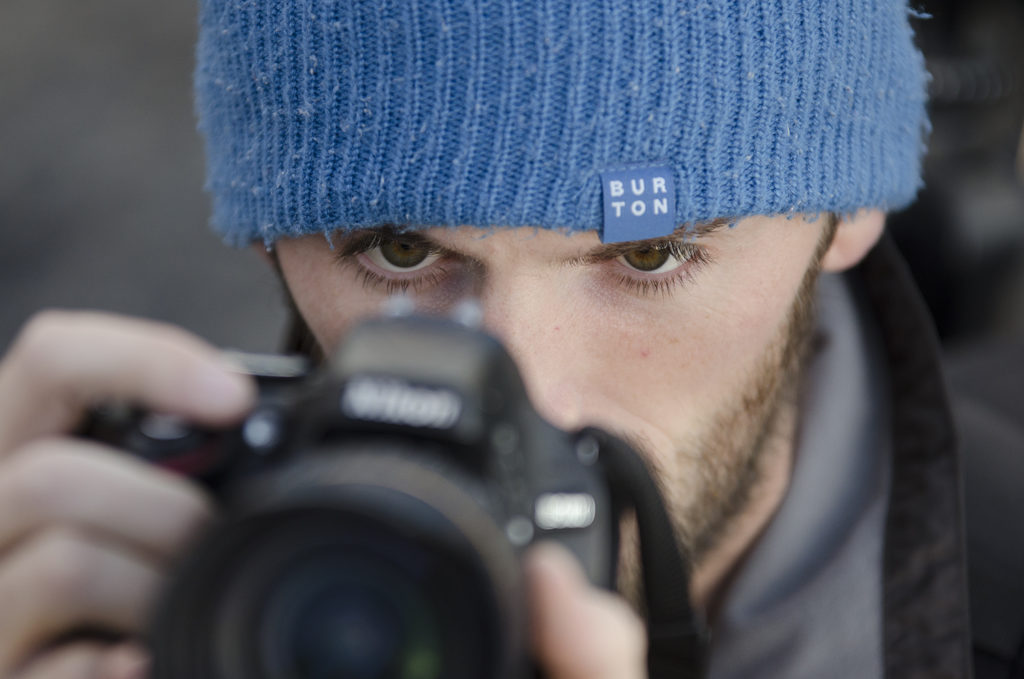 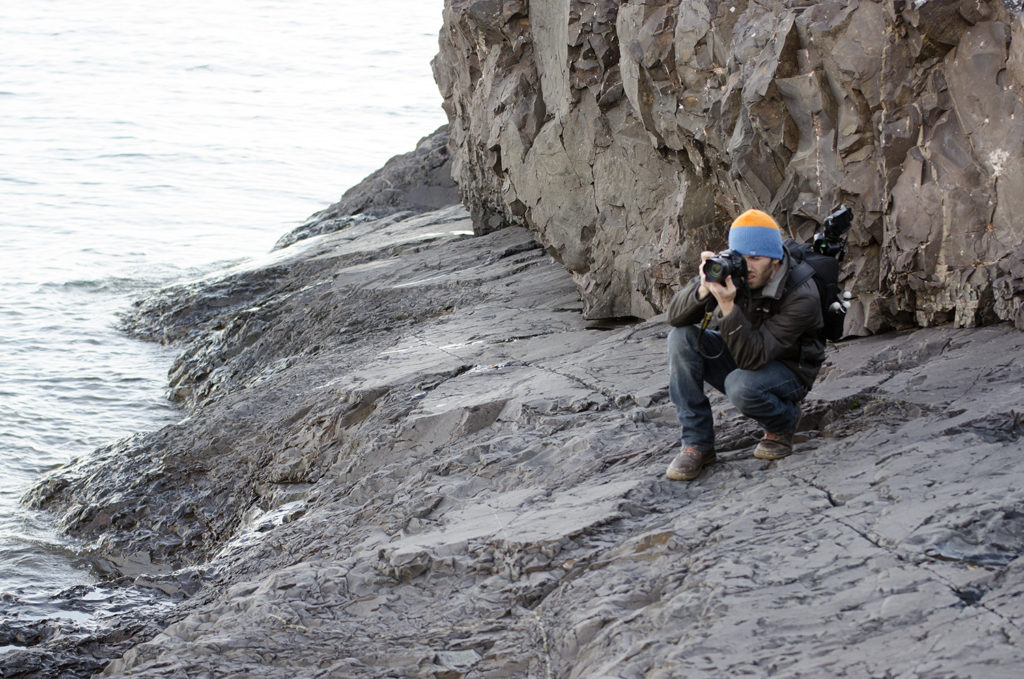 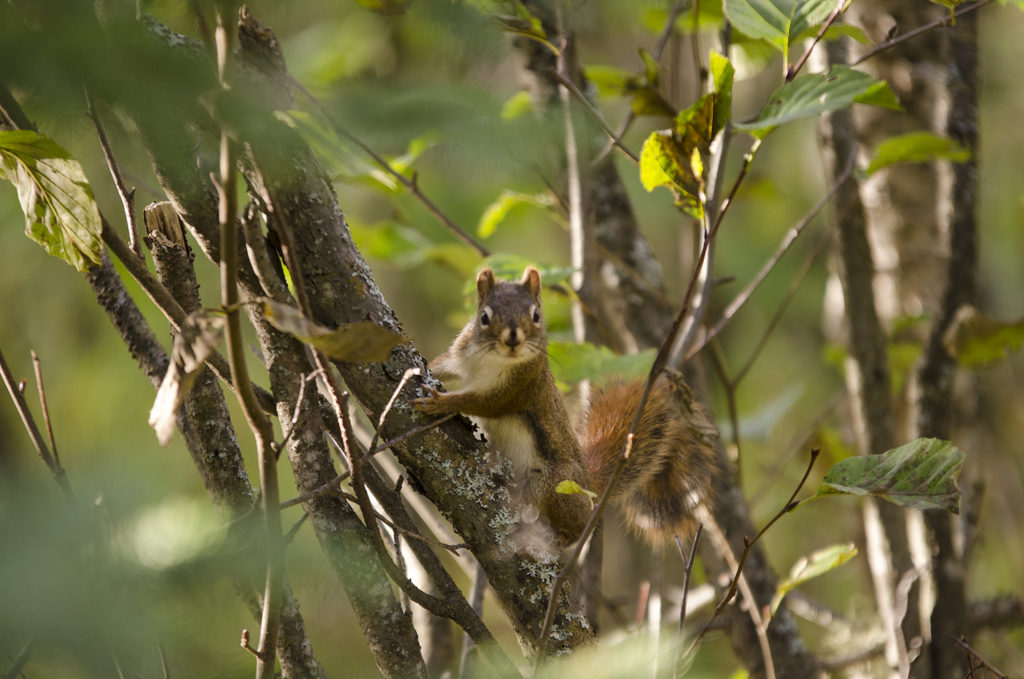 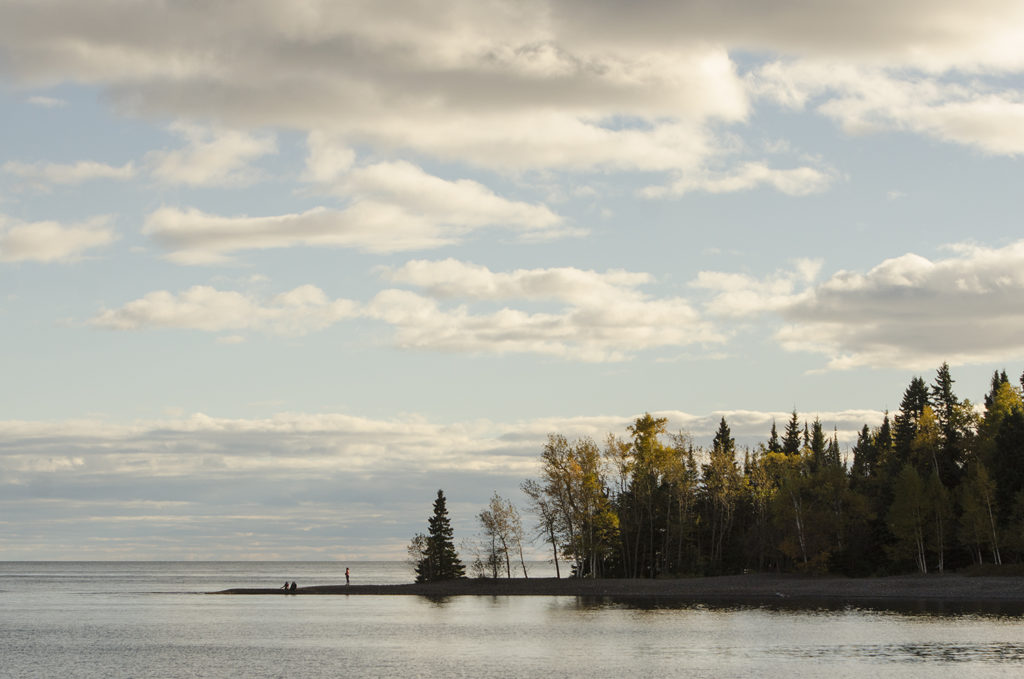 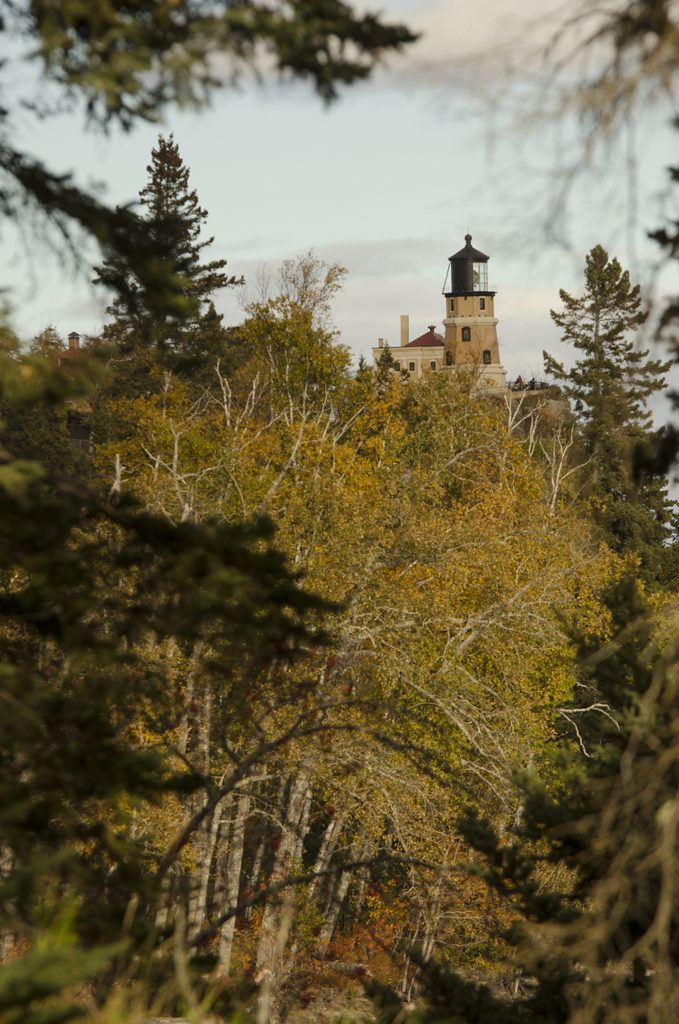 As the last of the light faded away Jackie and I headed down to a spot we had scouted earlier to do some light painting photography. Earlier as we were hiking around we brainstormed some ideas of what kind of light painting to make. (Check out Stimulight the Night to learn more about what light painting photography is.) Jackie came up with the idea to light up some footprints on the ground which evolved into Jackie walking down the shoreline at night holding a flashlight as I lit up her footprints behind her. The shot was a success and we then headed back to the van to find a parking spot to bed down for the night. 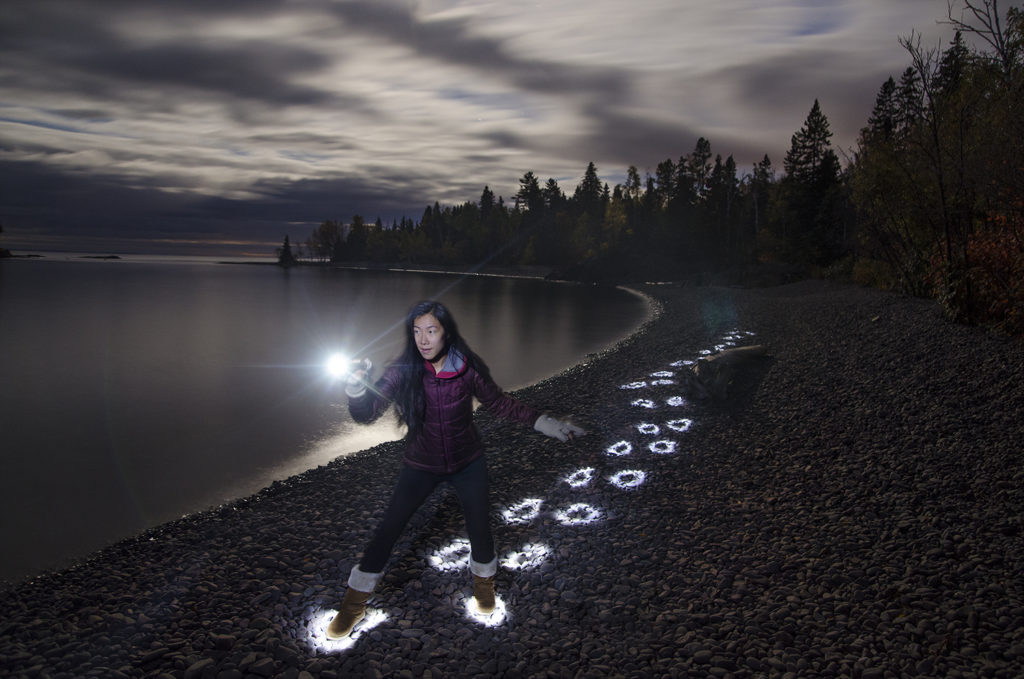 My eyes slowly opened and I pulled the covers off my face to see that the inside of the van was filled with soft morning light. OH NO! Is the sun up already! I pulled back the curtain and could see that the sun was about to break the horizon. I stumbled into my clothes, grabbed my gear and high tailed it out to the location I had chosen earlier. As I walked onto the shore I noticed a man sitting quietly on the beach stacking rocks as the sunrise lay before him. I set up my camera and started to photograph the sunrise over the lake. Watching the sun throw it’s light across the land and water for the first time each day is one of those things that never gets old. There is something special about witnessing a new day being born. 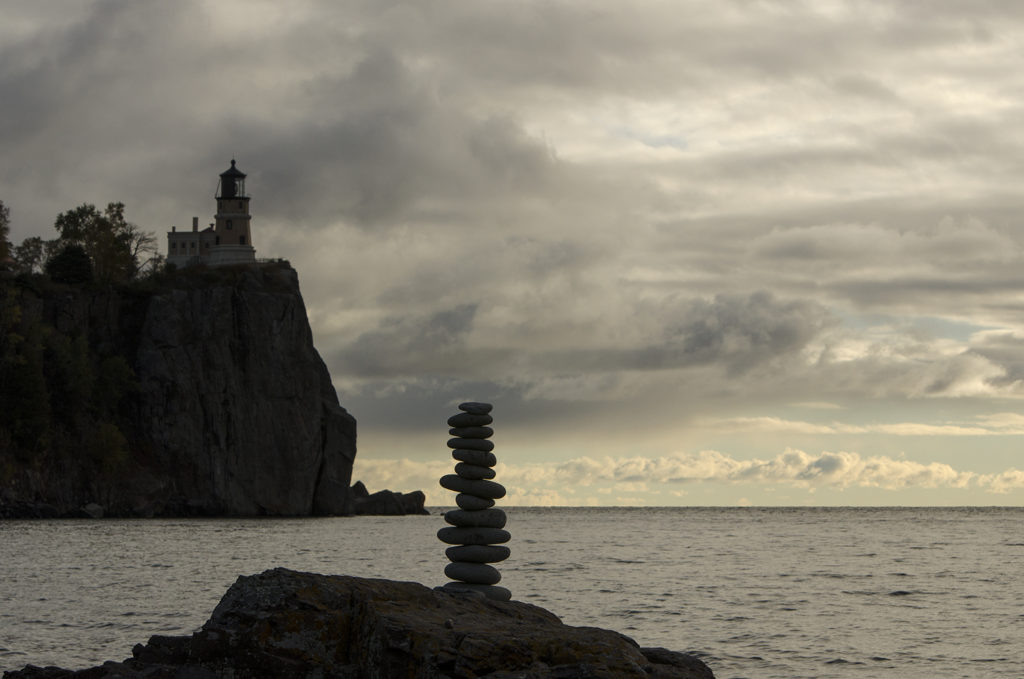 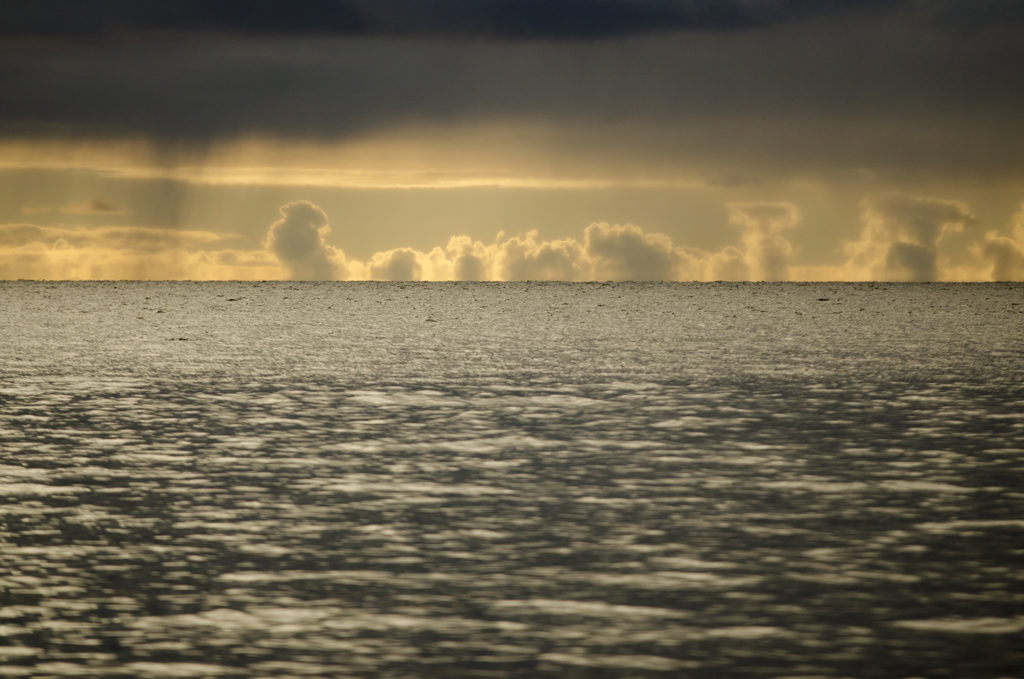 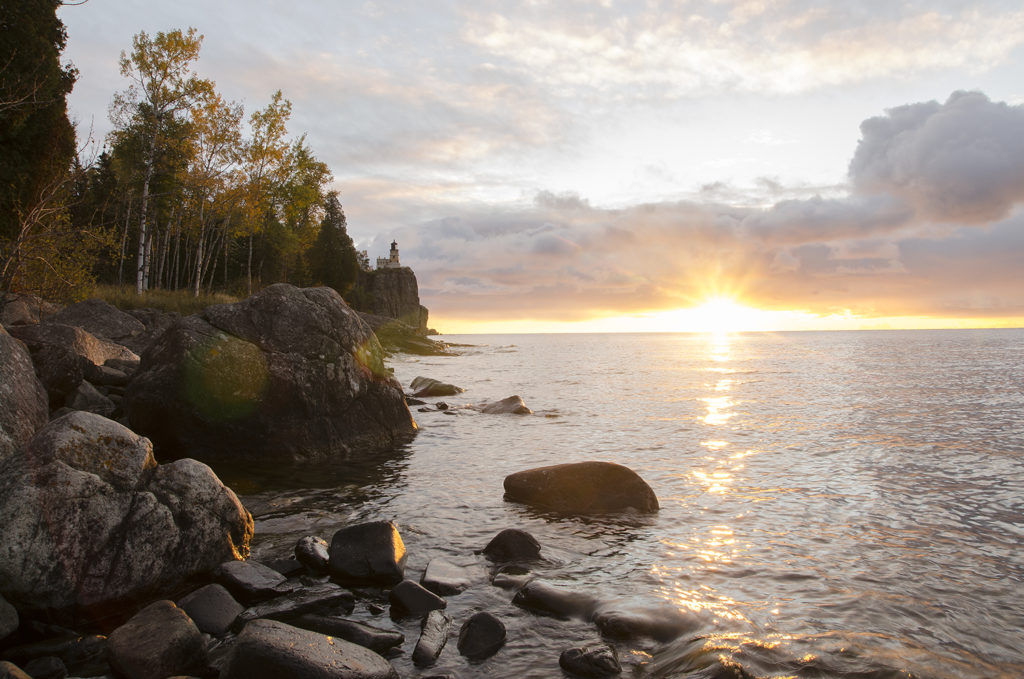 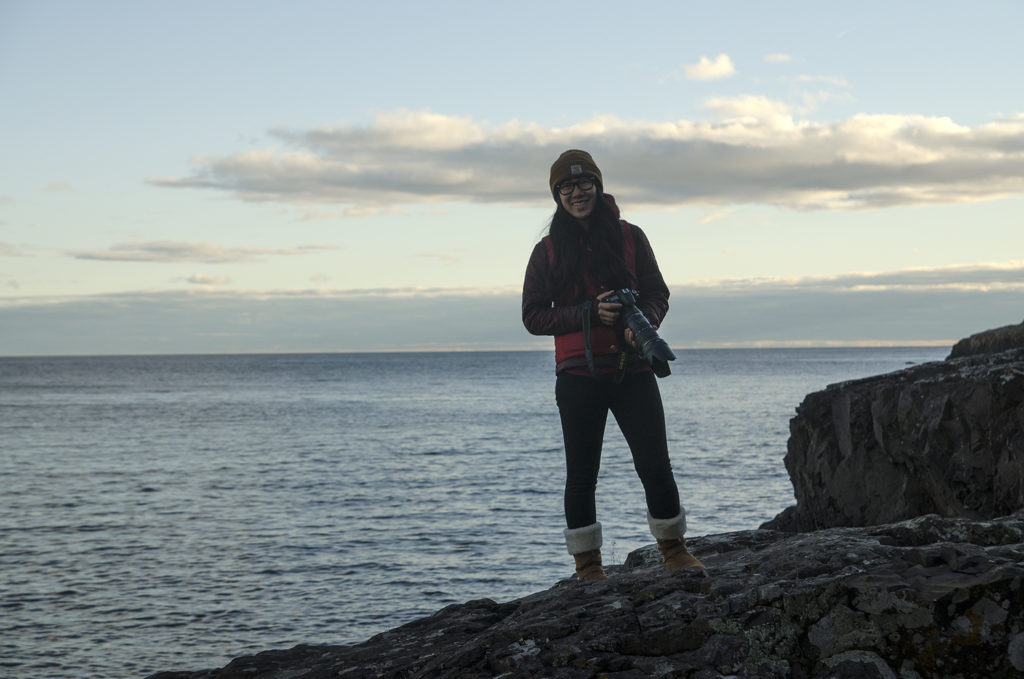 It’s time for an adventure!