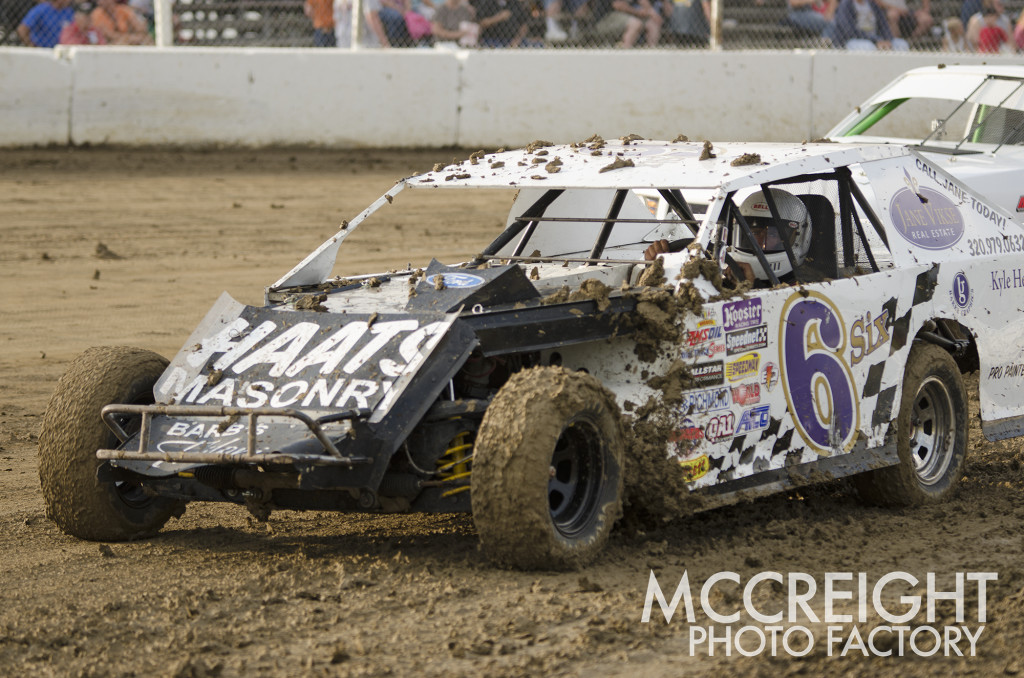 As I pulled in to Granite City Speedway the rain had already started. It was light but persistent. The drivers were ready to go as well as the fans for the nights Mod Four Special, but the track wasn’t so ready. 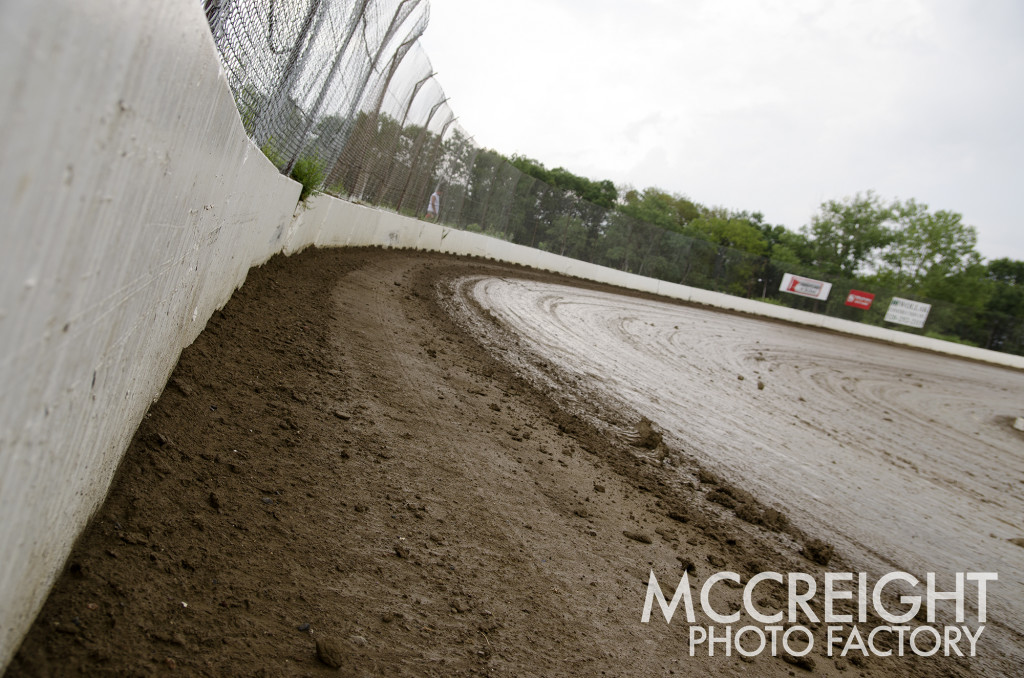 As you can see the speedway had turned into a mud track. The good news was that the rain had stopped. Instead of calling the races and disappointing everyone that came out, they decided to give it a shot and try to dry the track. 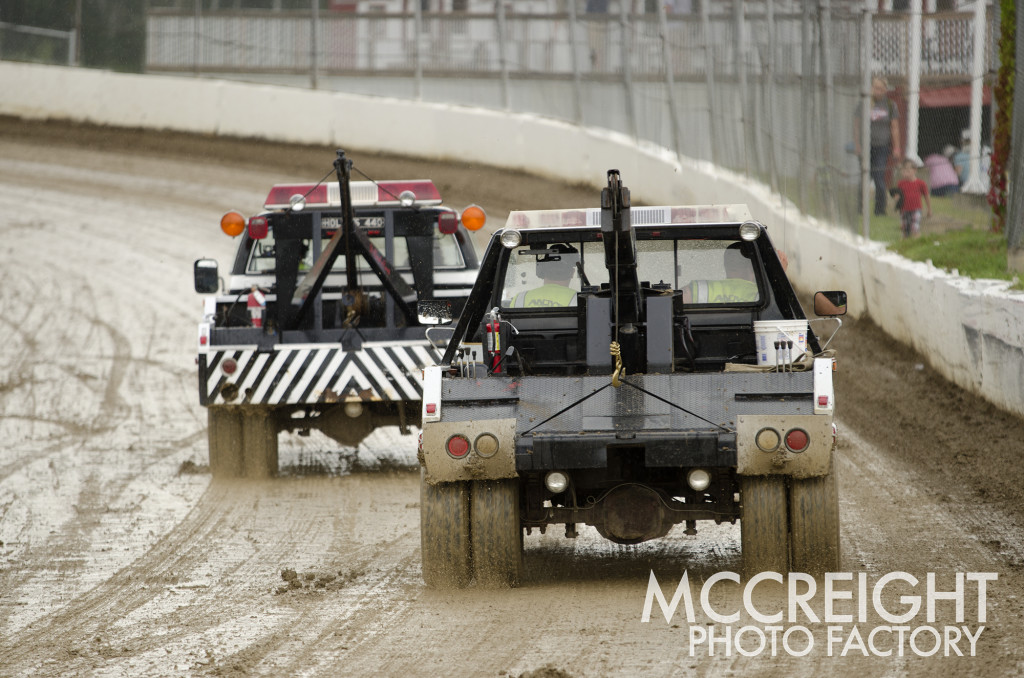 What started out with a few tow trucks turned into the entire field of 96 drivers in their cars turning that mud back into dirt. It is really something special when you see people who love the sport this much doing whatever it takes to get their race on. Great job to everyone at the track that helped. I honestly felt pretty worthless sitting there beside the track watching everyone getting dirty. Although I will say my shoes were really tough to get clean the next day;). 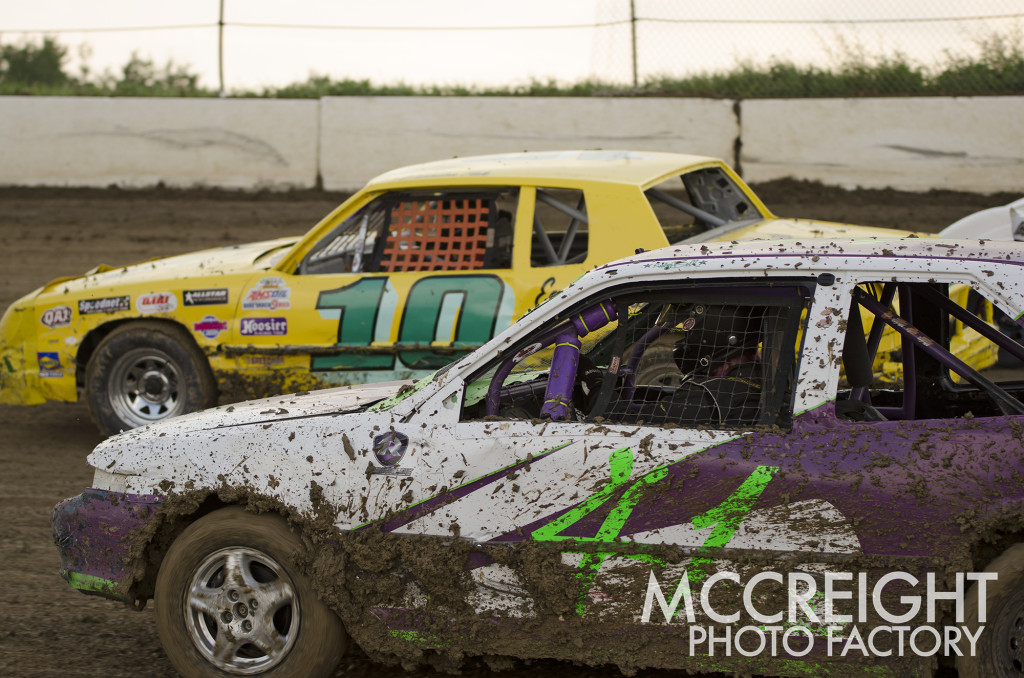 With 96 race cars caked in dirt, the track finally came together and we went racing!

The races were spectacular as always. The track was full of great racing. 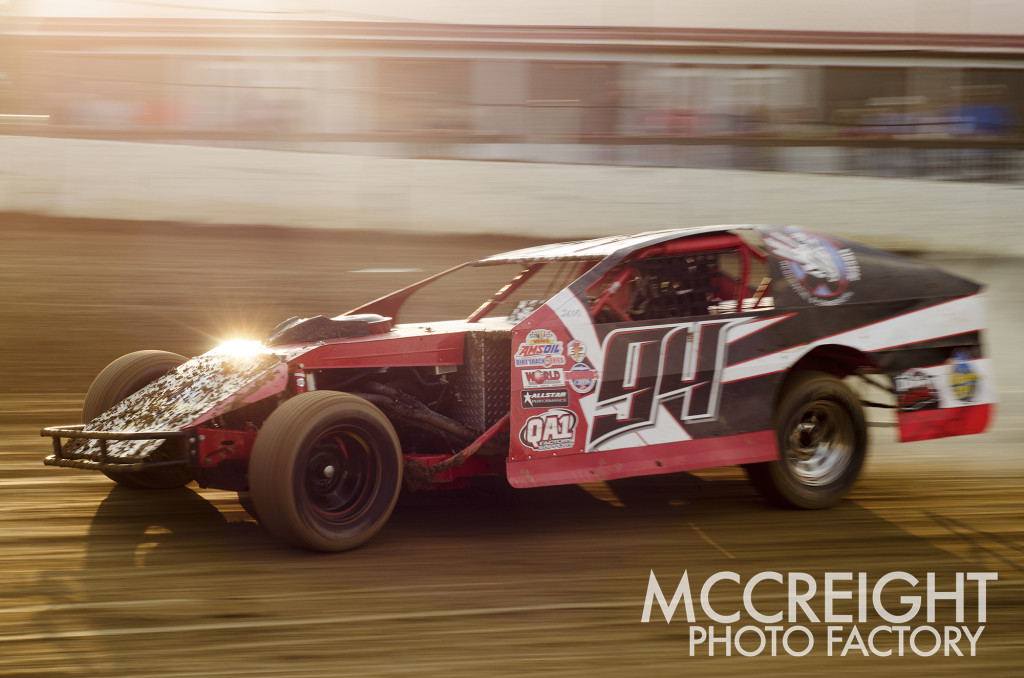 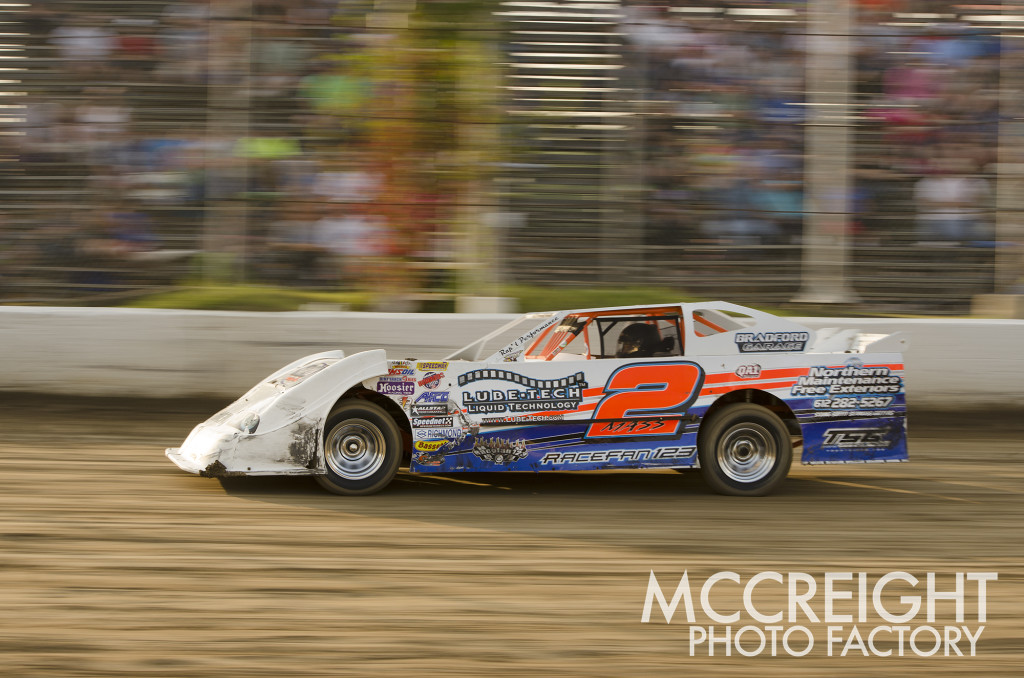 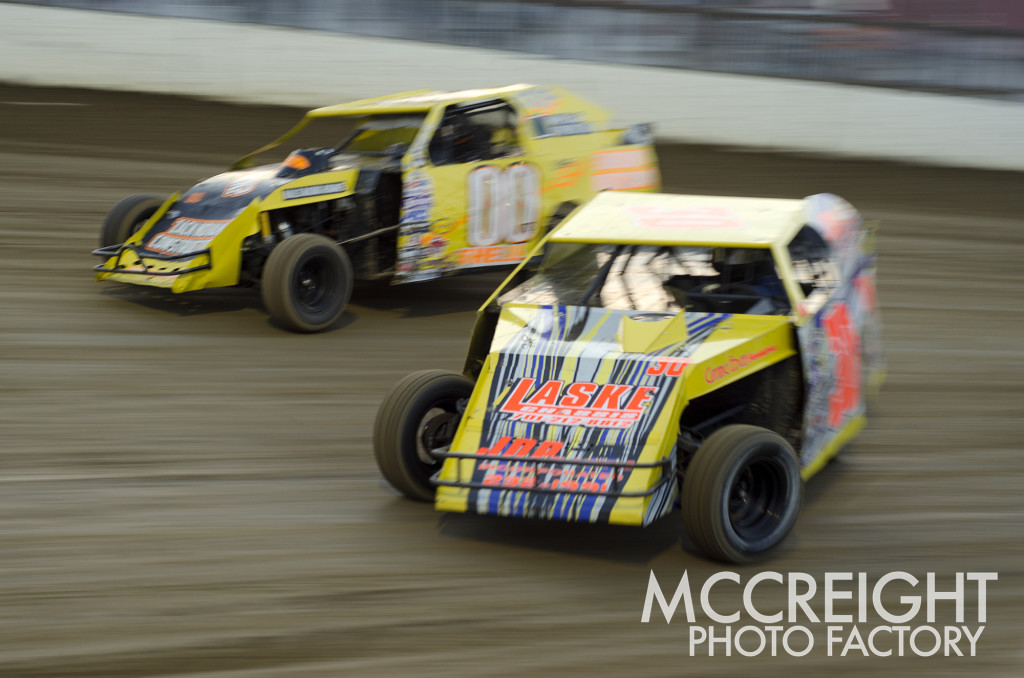 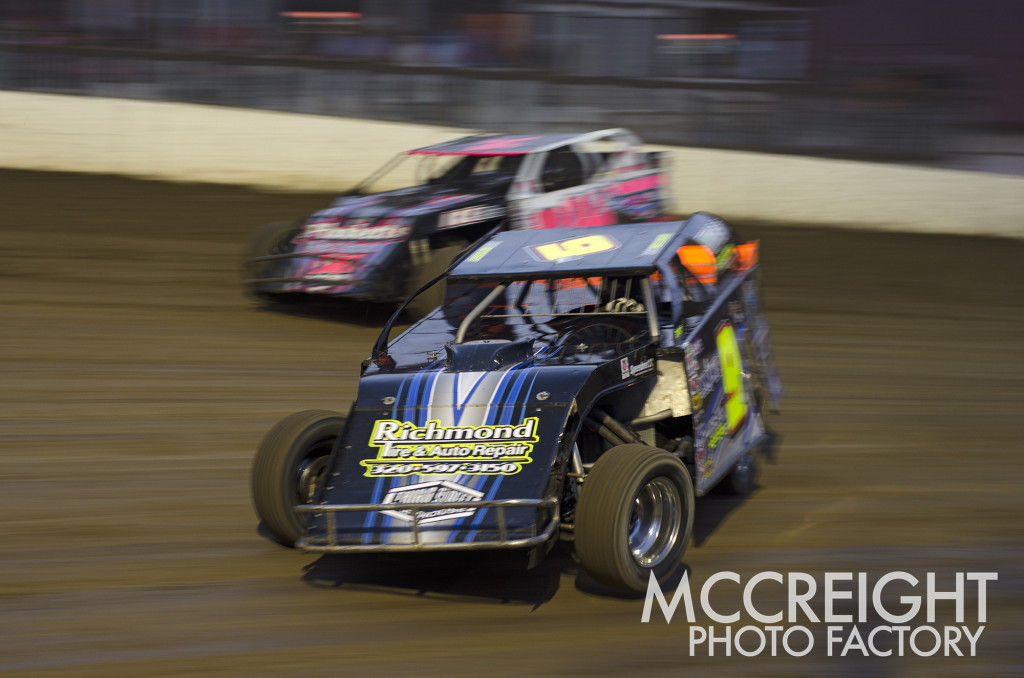 As you can see they did an amazing job at getting the track ready to go. And the water truck was no where to be seen. 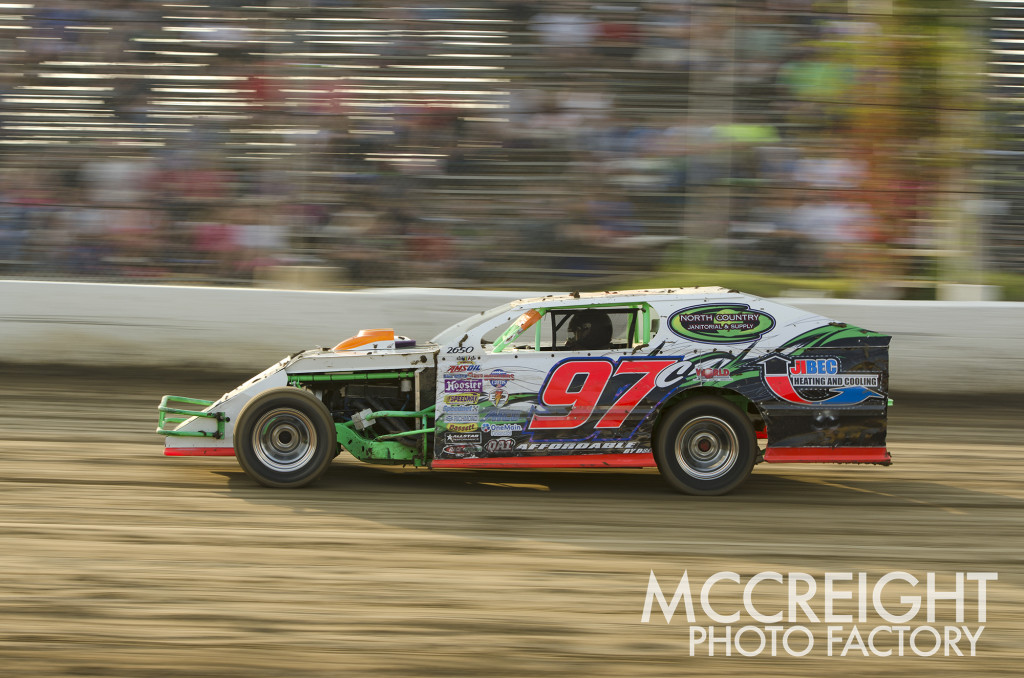 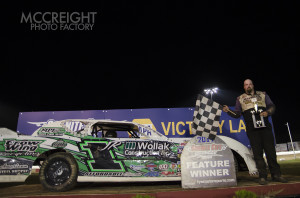 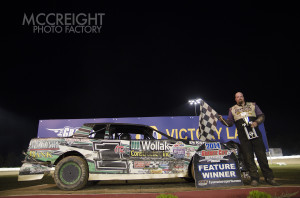 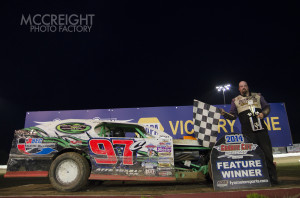 When the Mod Fours hit the track, there was plenty of action. It was their night and they didn’t disappoint. One driver who didn’t have a great night was Forest Foster. I didn’t see the accident happen but heard the hit and spun around in time to grab a blurry shot of Forest flipping off of the fence. Thankfully he was ok although the same couldn’t be said for his ride. Lets hope for some speedy repairs to the 6-six car. If you were wondering, the mangled car below that Forest is walking away from is the same car covered in mud at the beginning of this article. Very happy Forest was ok. 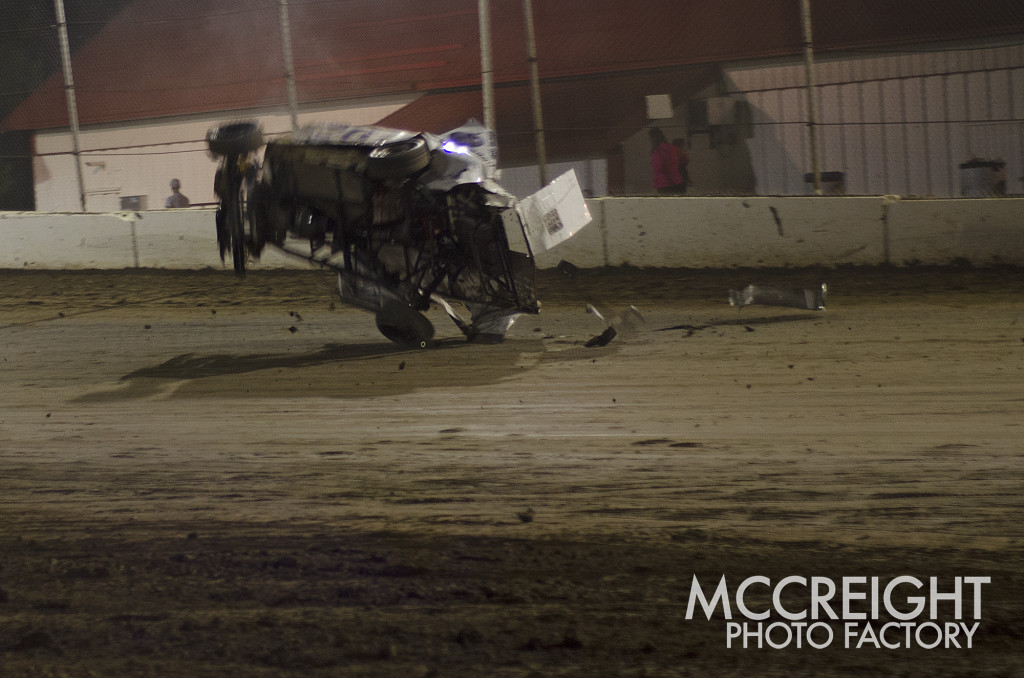 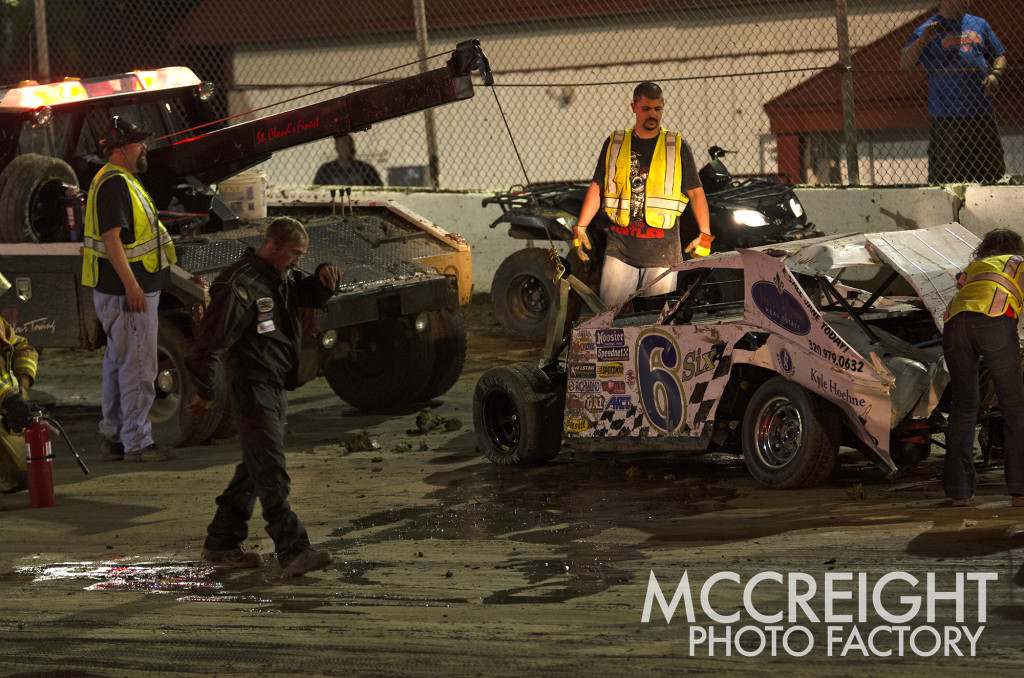 Once the Mod Fours got racing again the night ended up with Keith Thell taking home the cake. 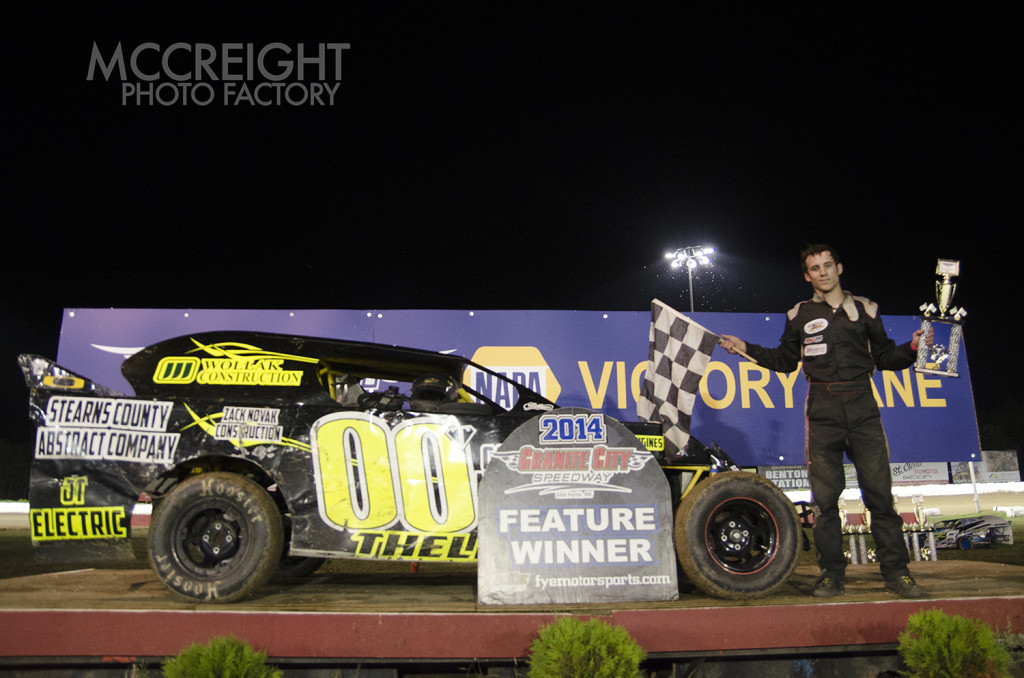 In the end, what we thought was going to be a rain out ended up being a spectacular night of racing thanks to all the drivers and track workers whom worked the track into a dirt packed vision of beauty. Thanks for reading and see you next Sunday!