It was another wild and crazy Friday night at Granite City Speedway. As everyone tried to keep the sweat dripping off their foreheads out of their eyes to see the amazing racing, on the track the drivers were pushing on each other hard!

In the second Hornets heat race there was some hard racing up front that left the entire field incapacitated except one. I heard a noise and spun around in time to see Gave Rowland sideways after contact with Tyler as the rest of the pack slammed into each other. Despite some heated tempers, Tyler put his #500 to the front of the feature with Justin Schelitzche close behind to seal another win on the season. 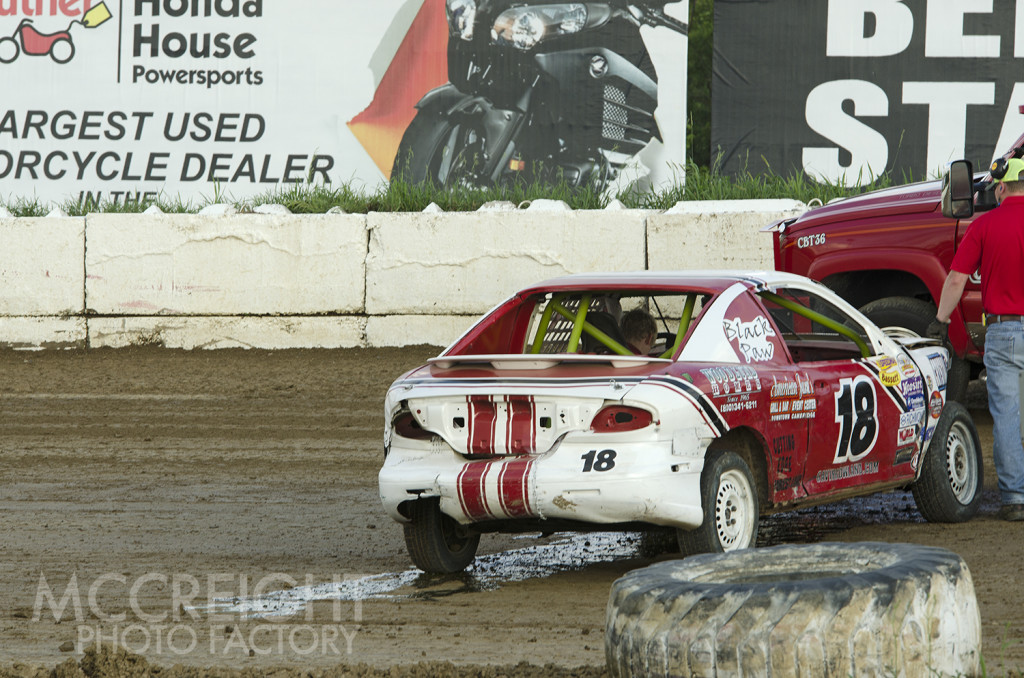 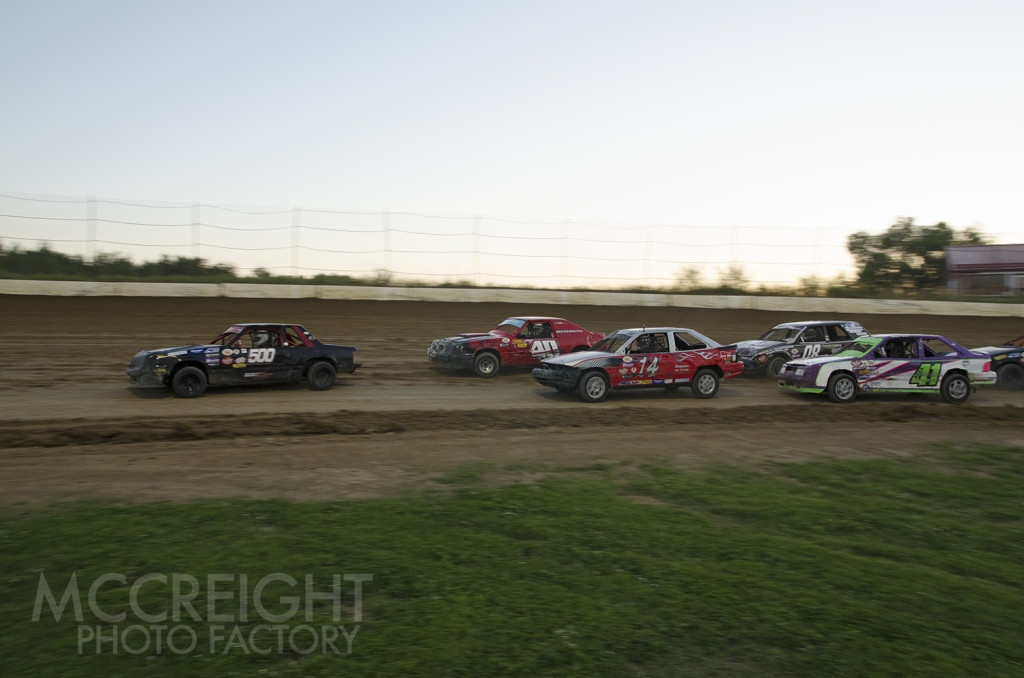 The Street stocks saw Christina win her heat only to become part of the mess that took place out of turn two that sent Kyle Laney airborne over the tractor tires. 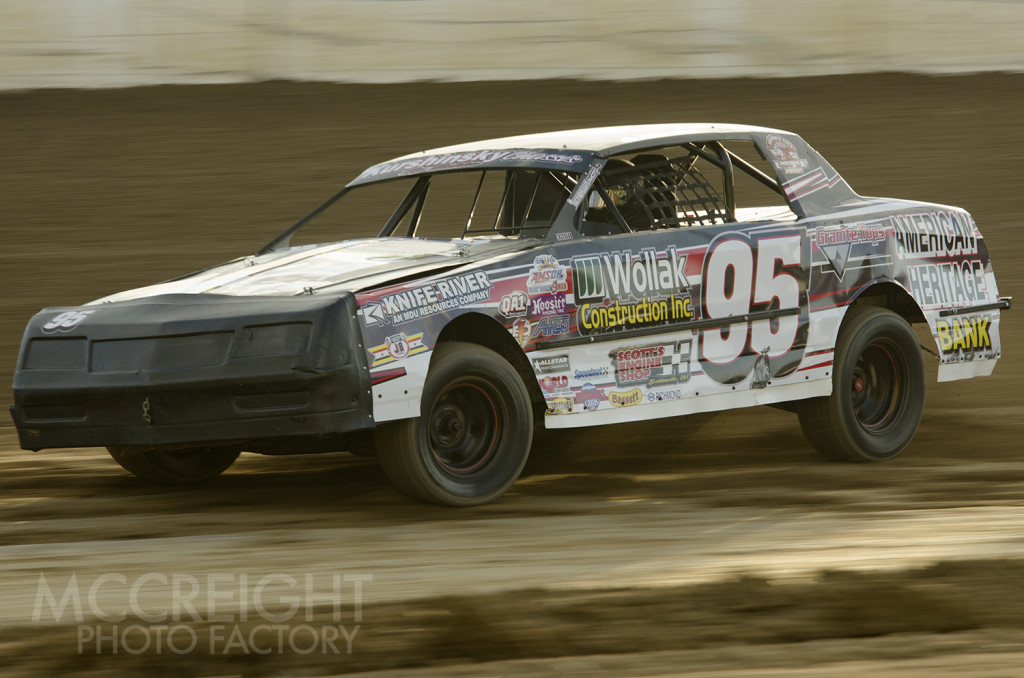 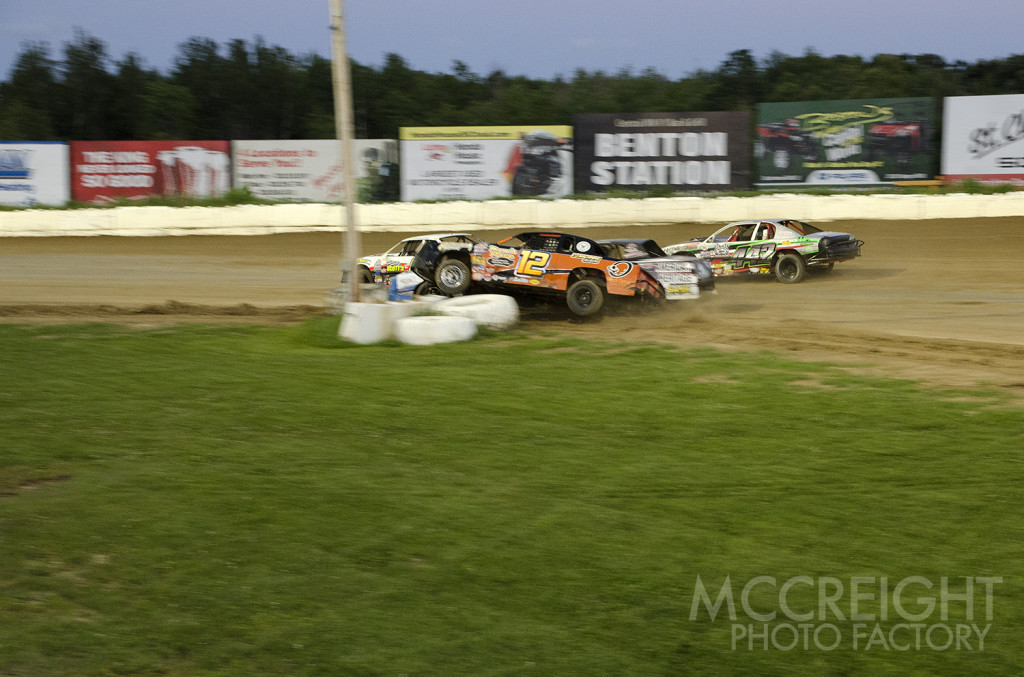 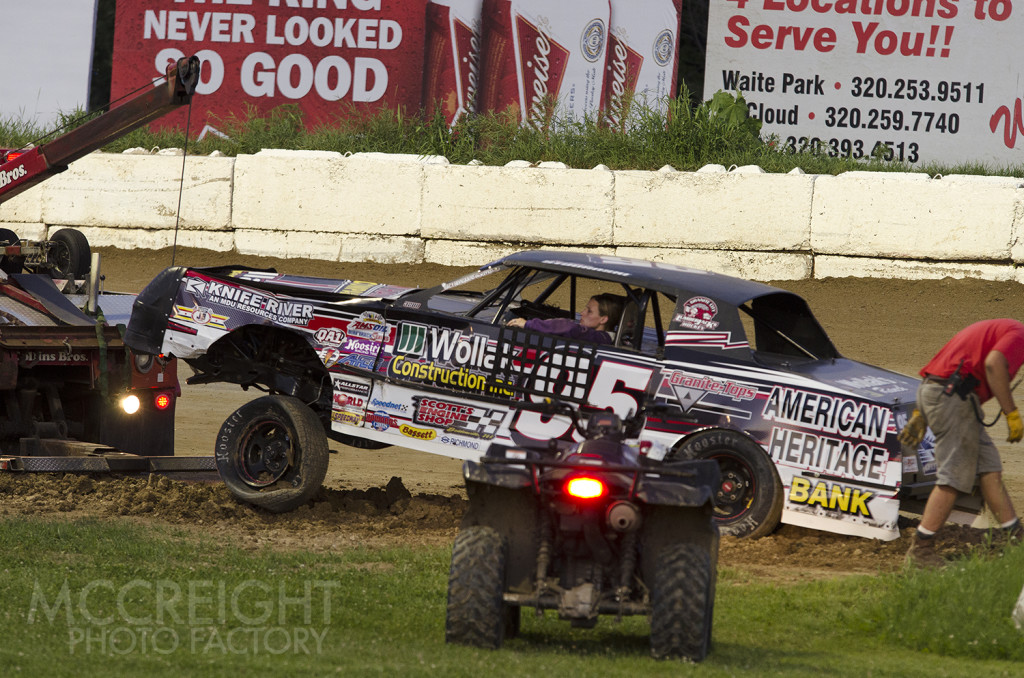 After the wreckage was done great racing ensued. Dave Mass ran away with the Super Stock win as a huge battle broke out behind him. There was side by side racing all the way through the pack. In the Mod 4 class Keith had his first real battle of the season with Dean Larson and Matt Halls hot on his heals. 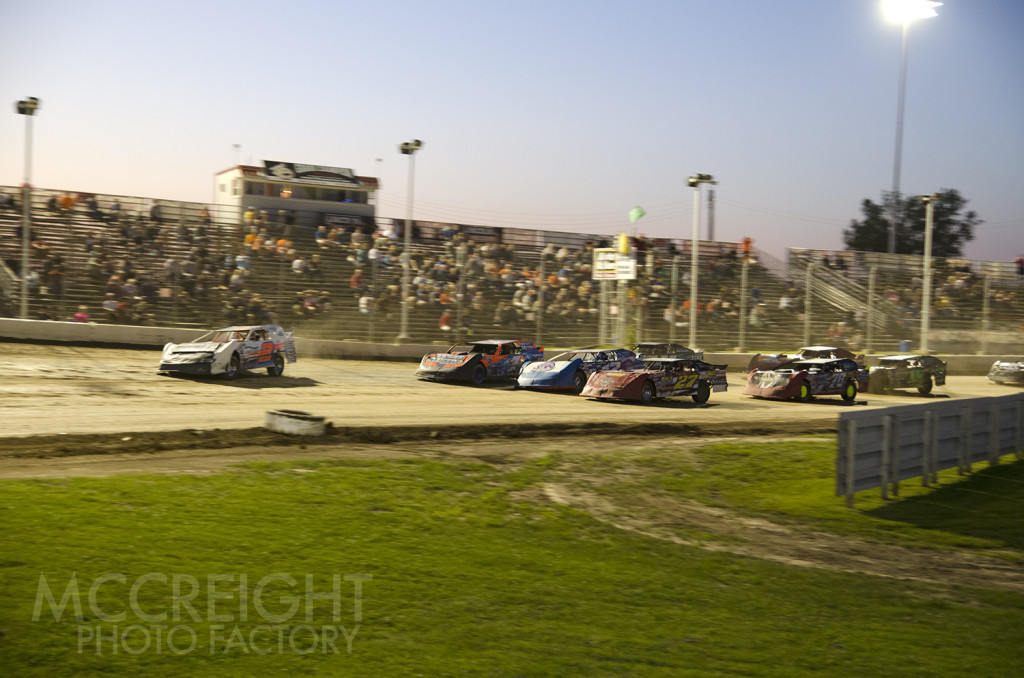 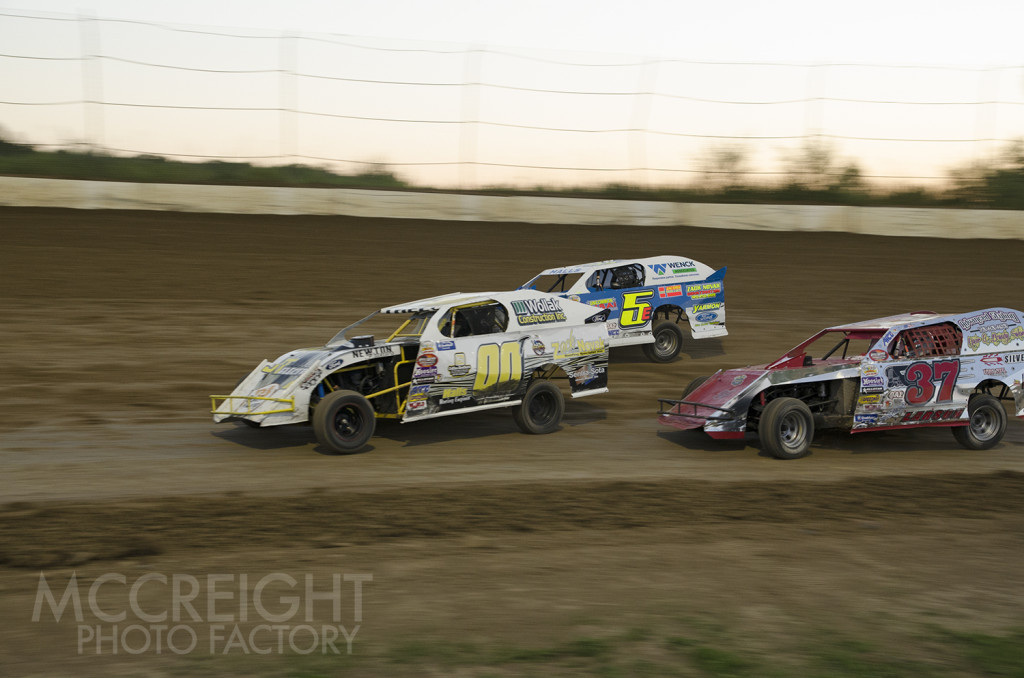 Justin Pogones took the Street Stock win after the accident, Charlie Sheik and David Dosh did their usual dance in the Pure Stocks, Shane Sabraski took his car to victory lane in the B-Mods and Dave Cain outran Shane in the A-Mod Feature. 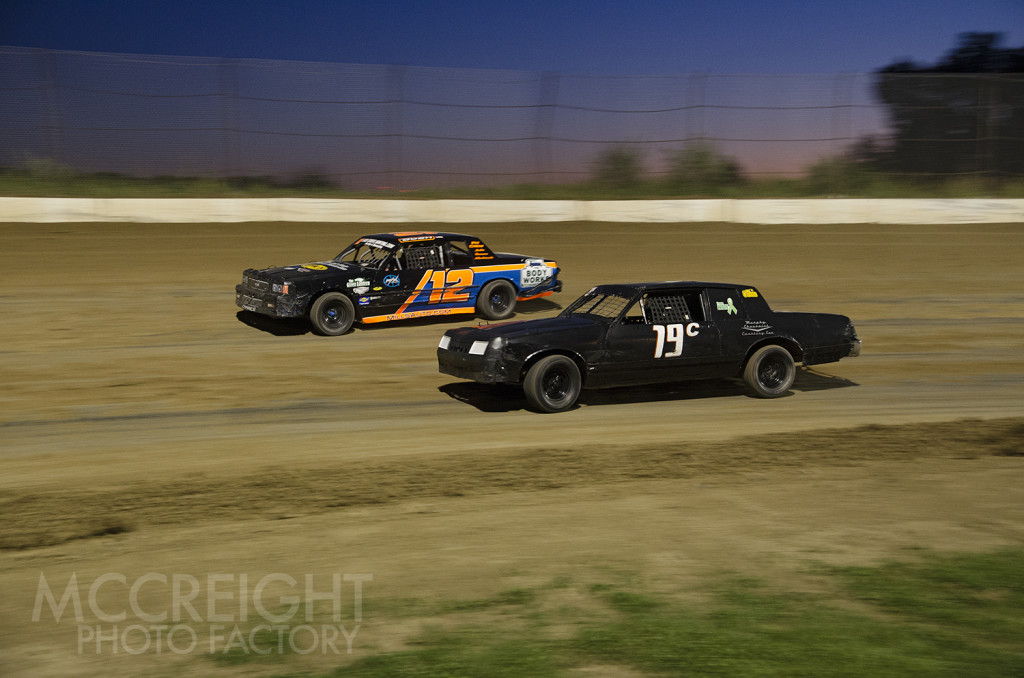 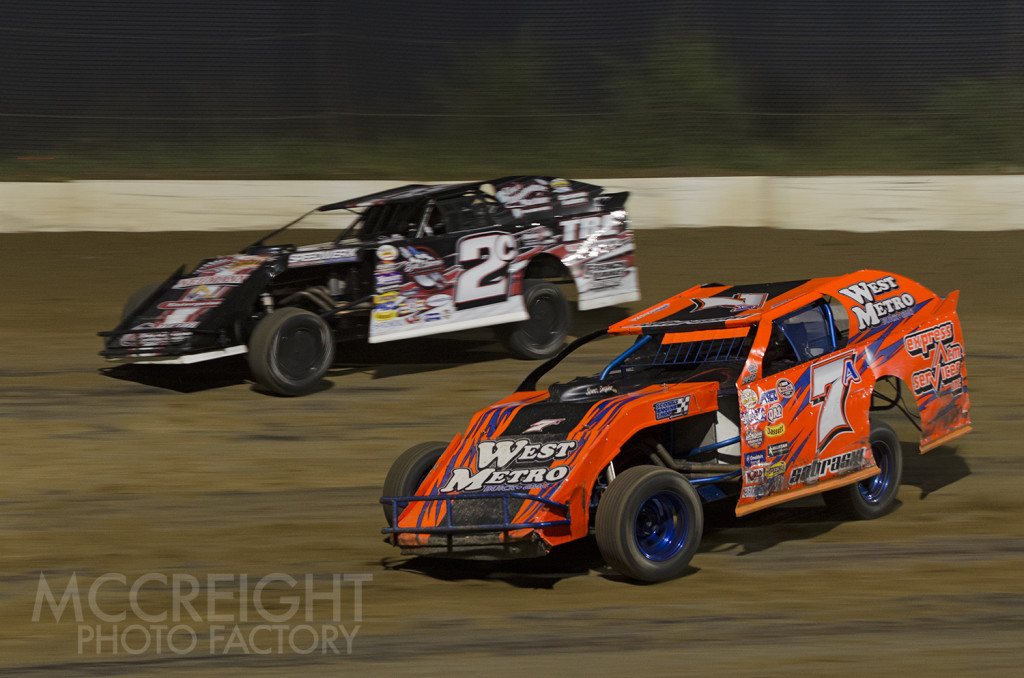 Did I mention it was hot!? 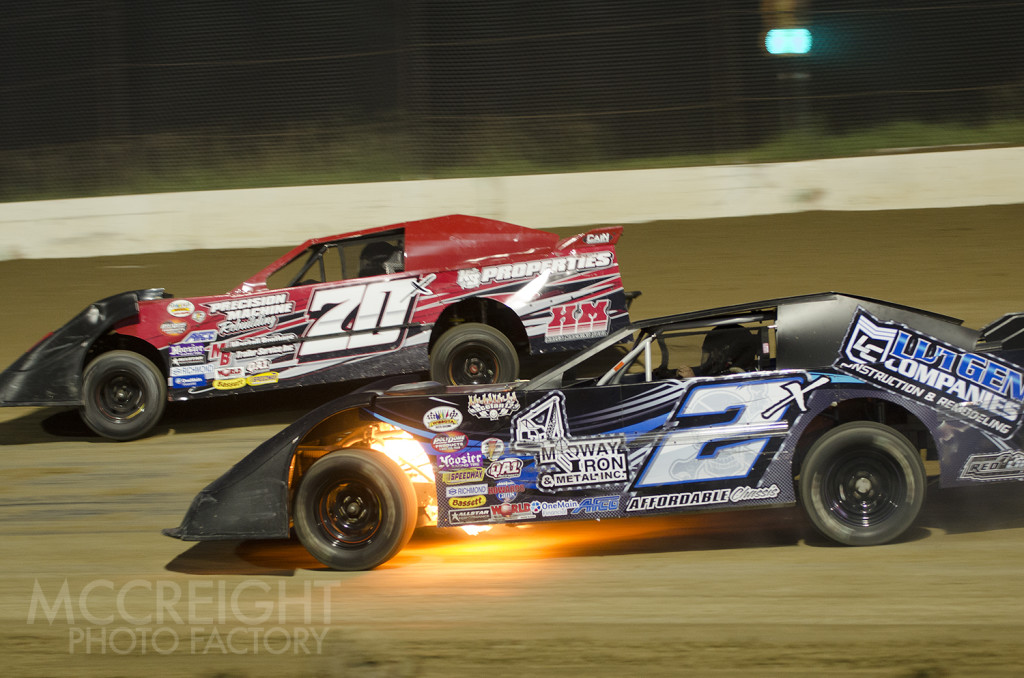 Being at the track on the weekends is the best place a person can be. Hope to see everyone this Sunday for some more great racing! Kudos to the drivers, officials, and fans. 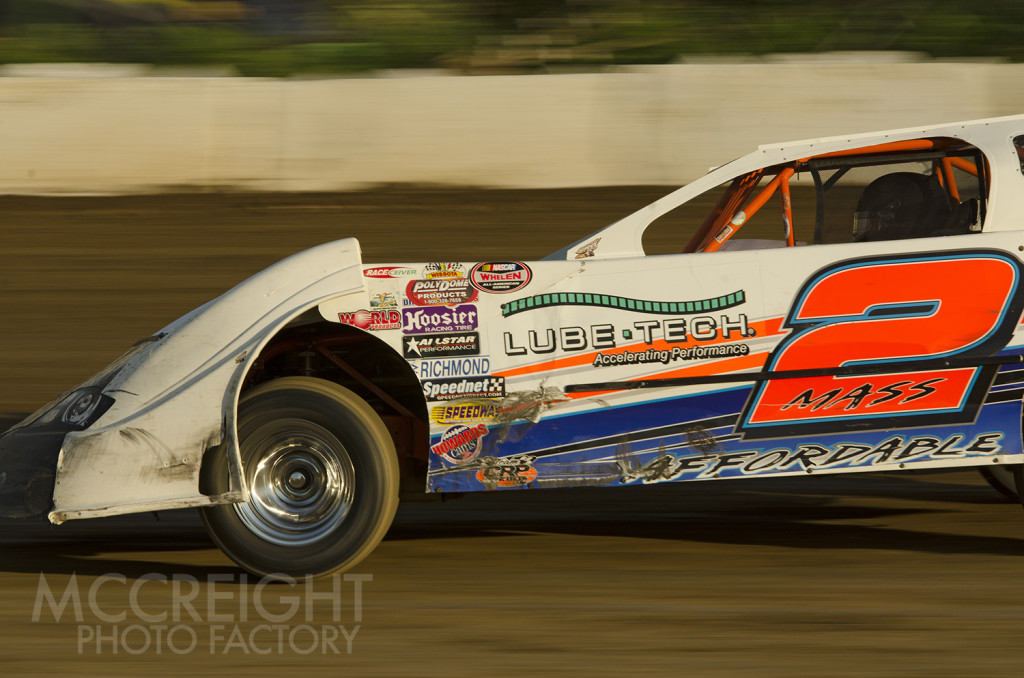 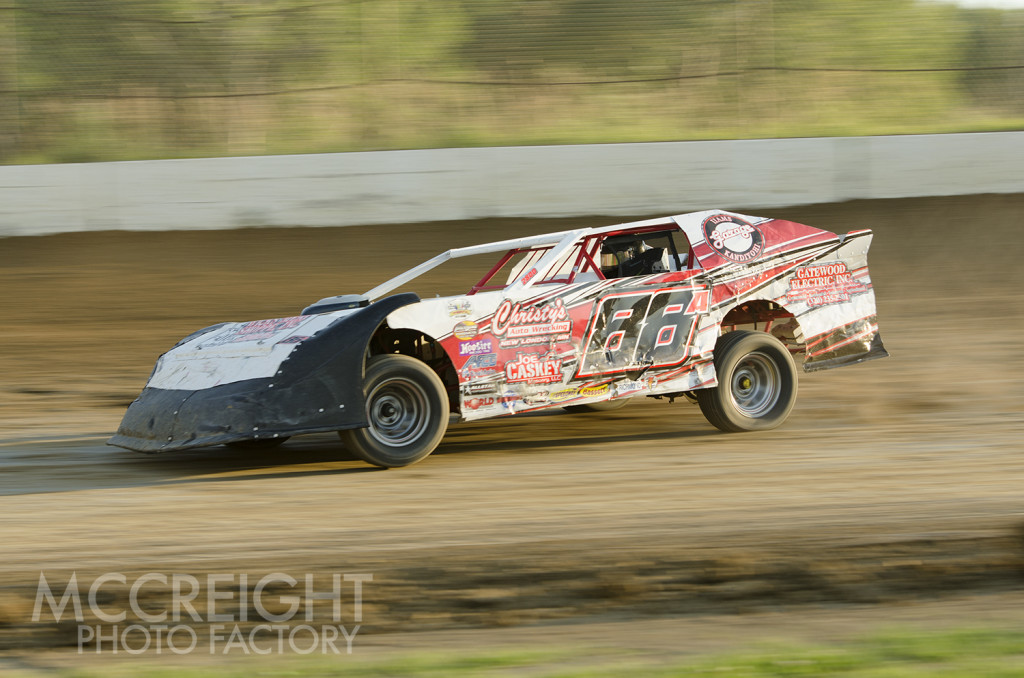 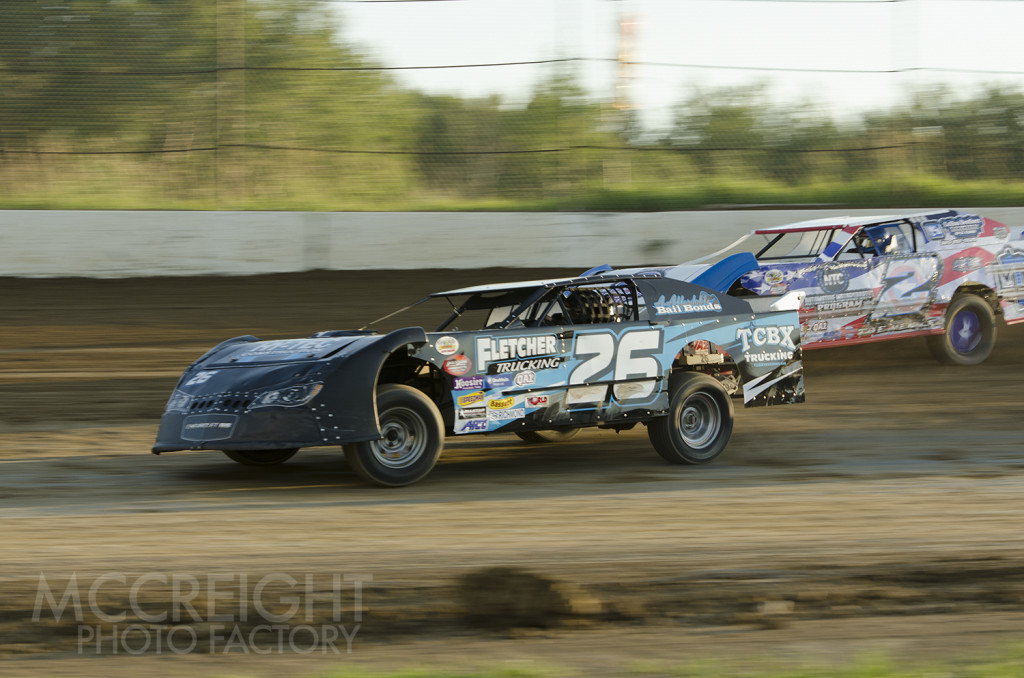 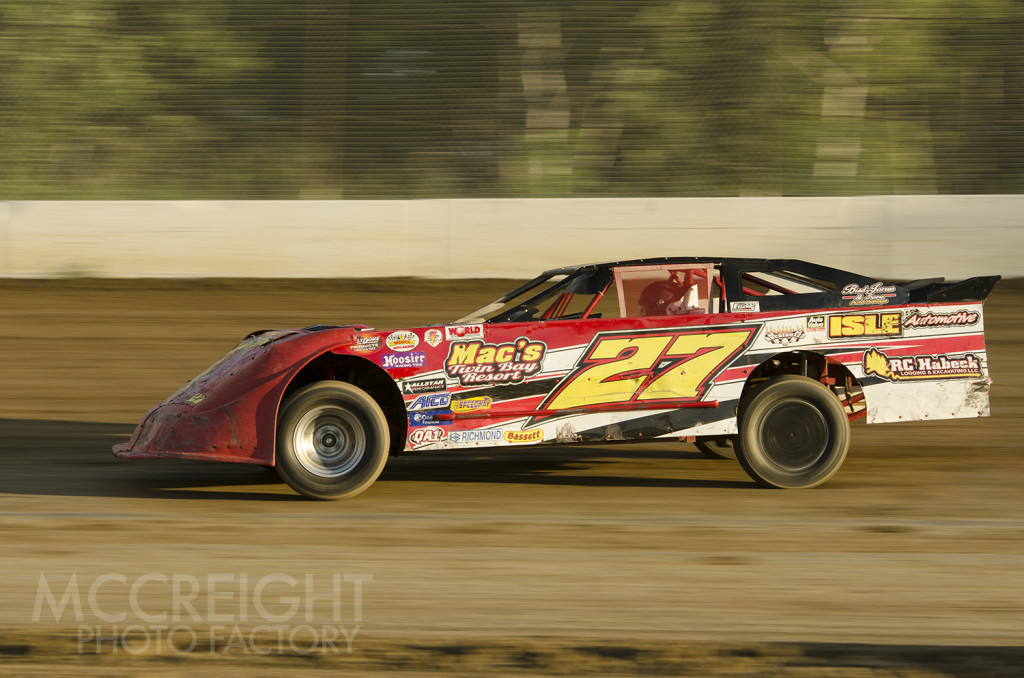 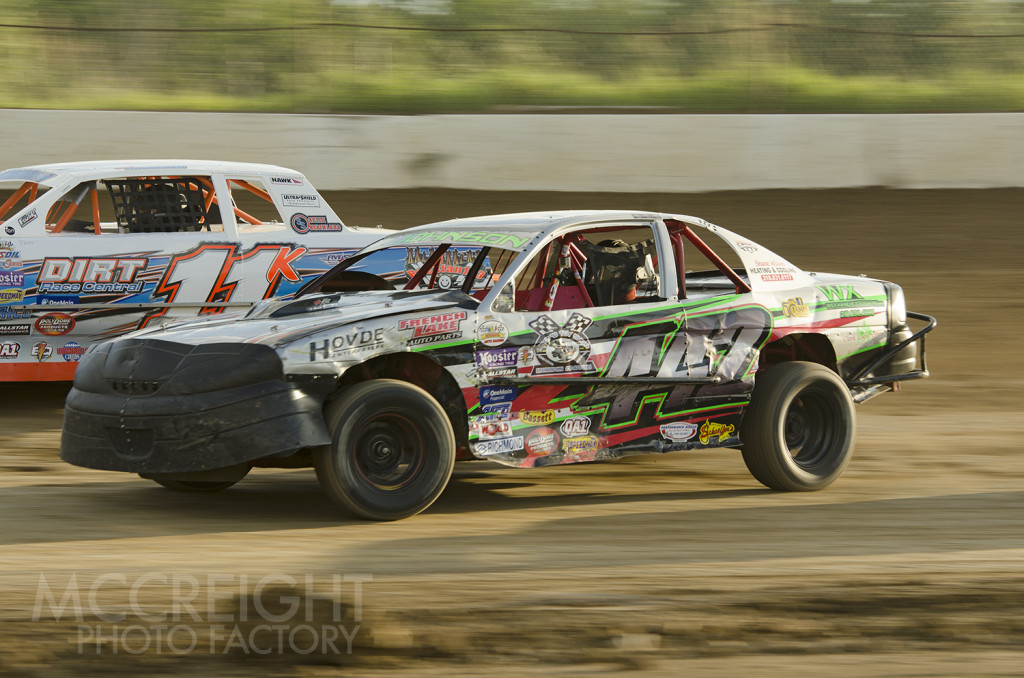 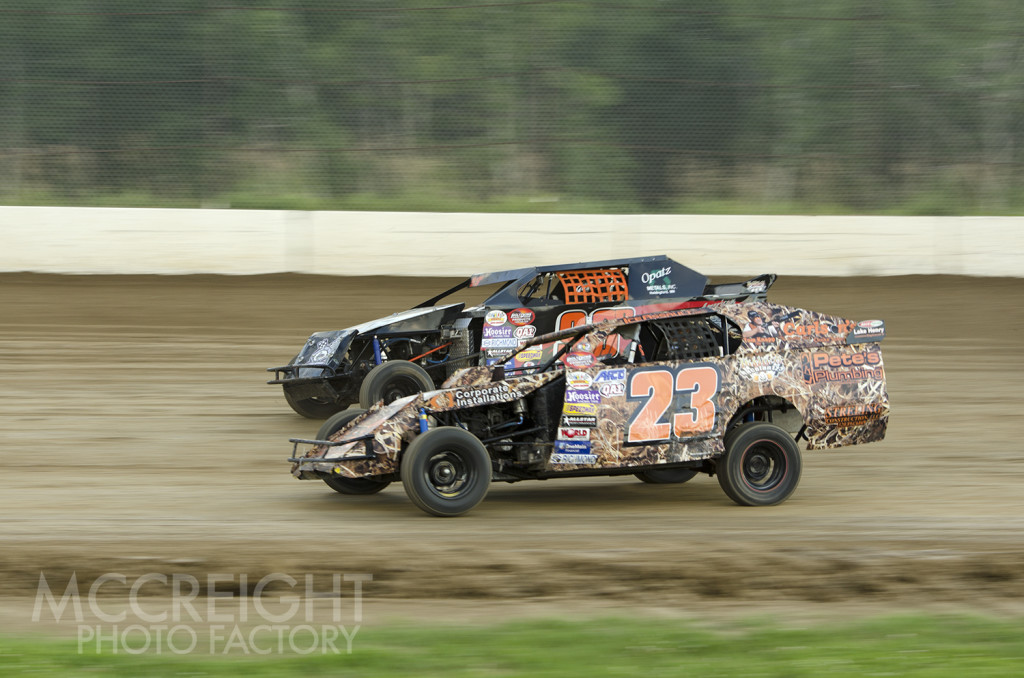 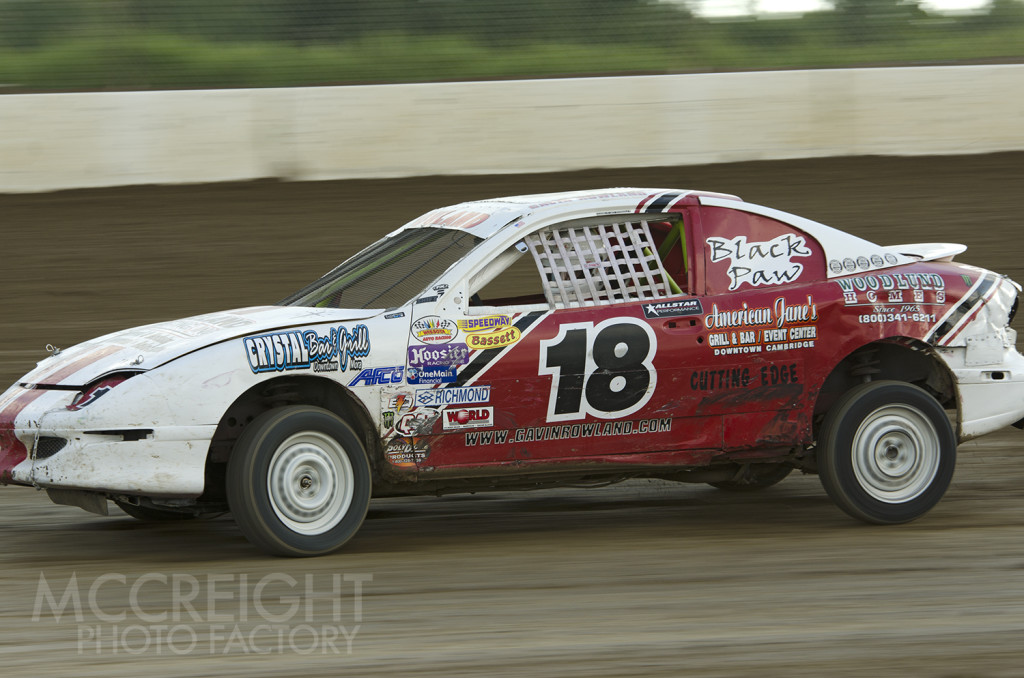 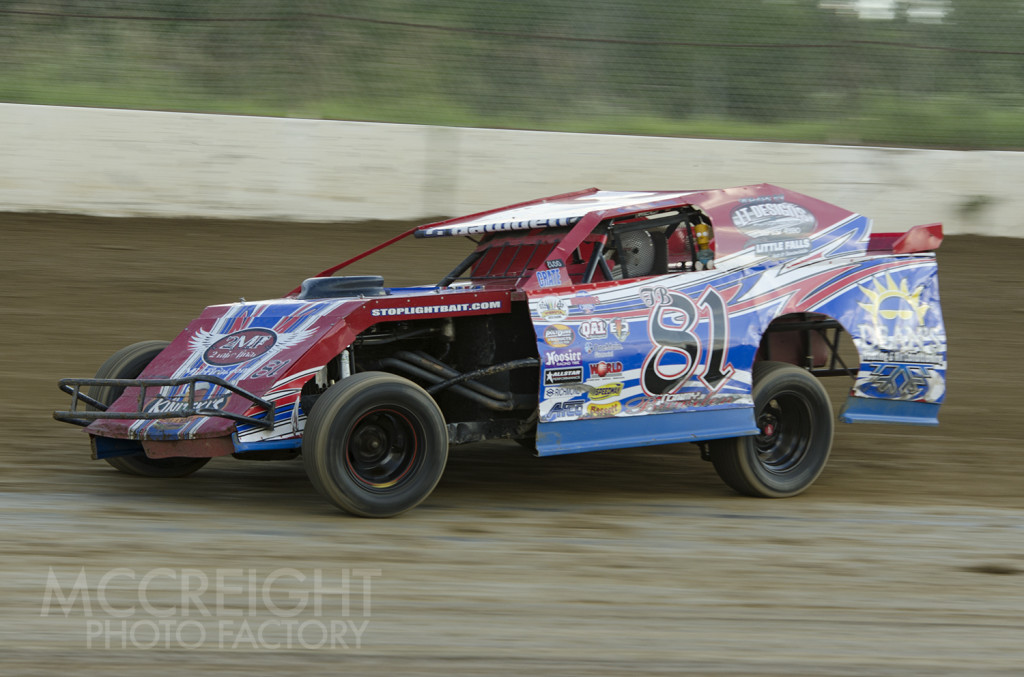 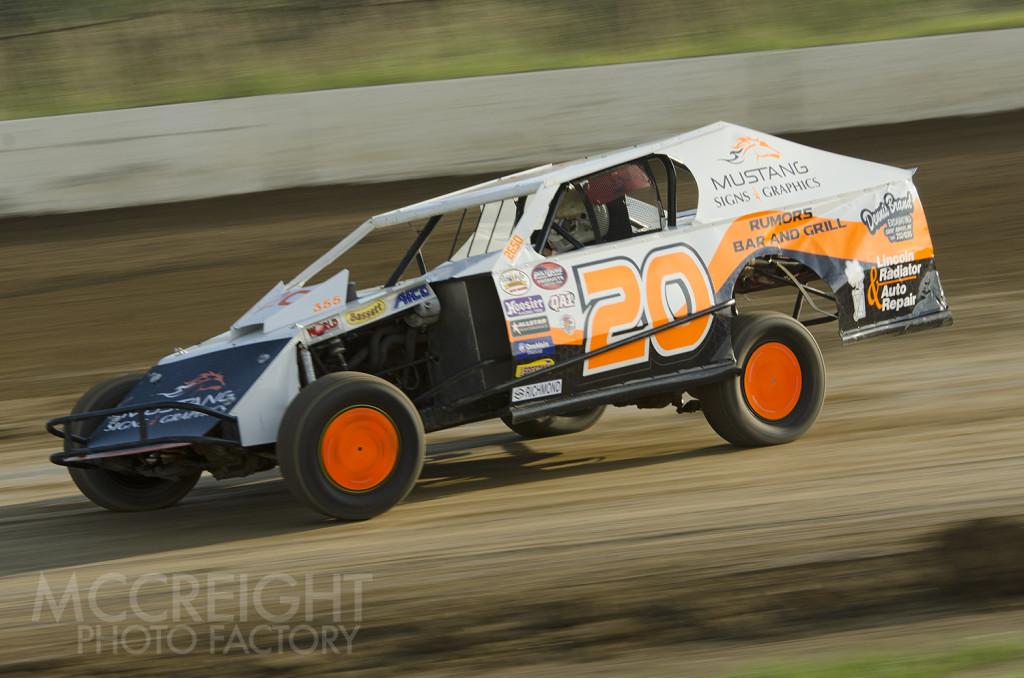 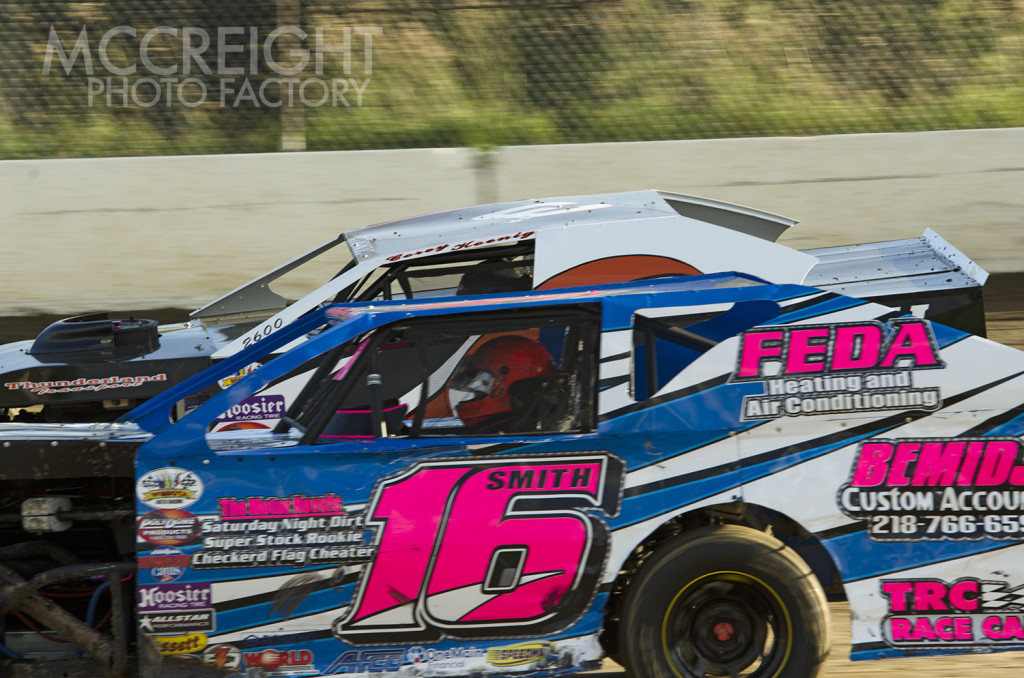 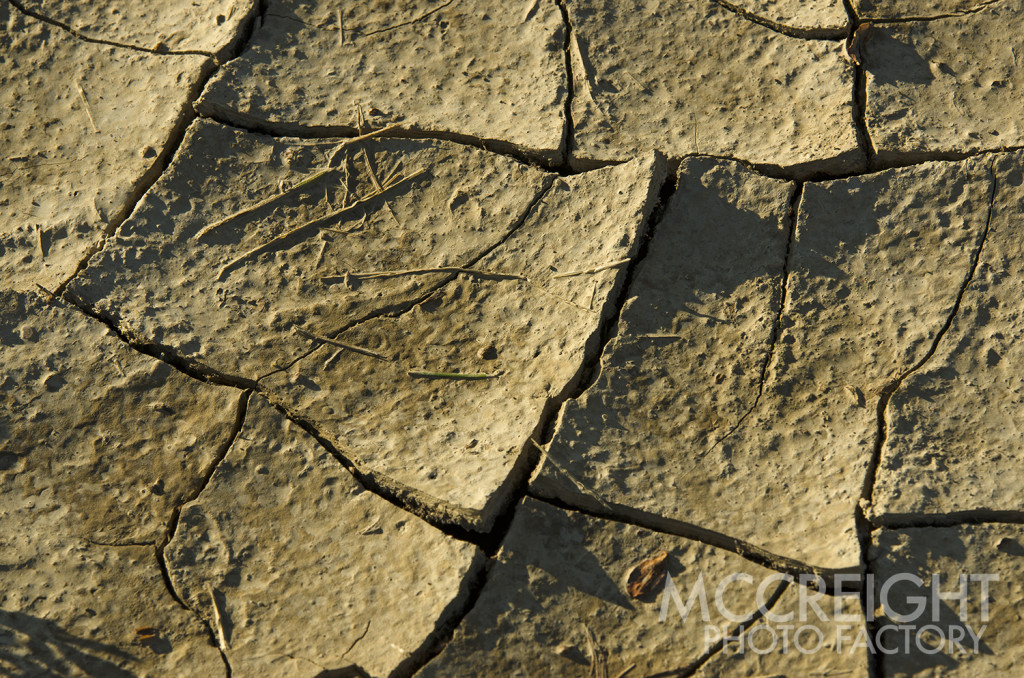 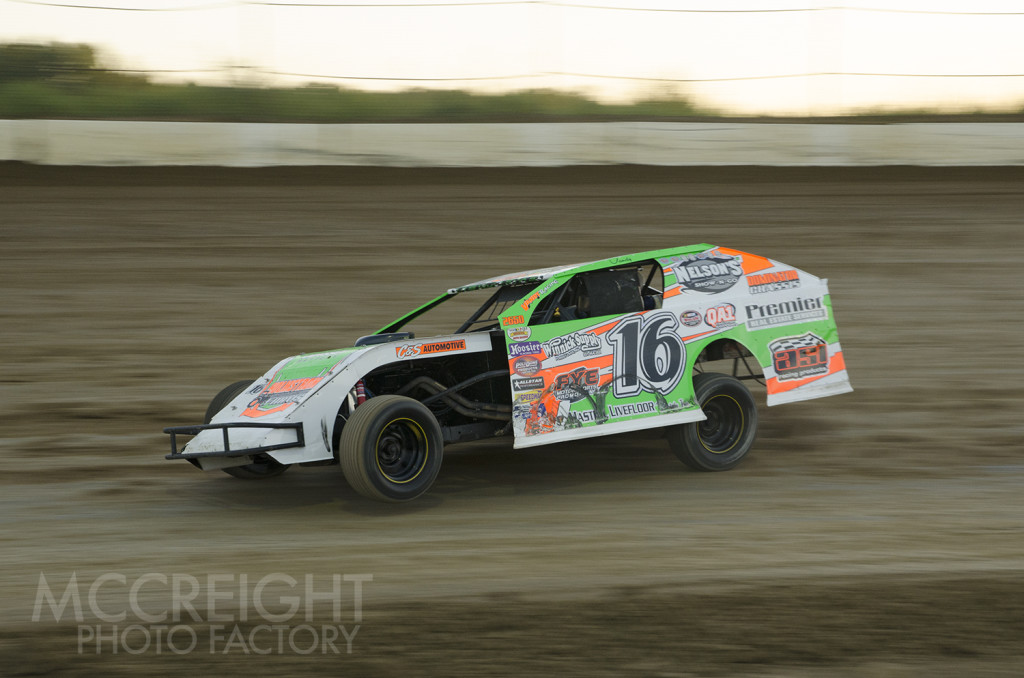