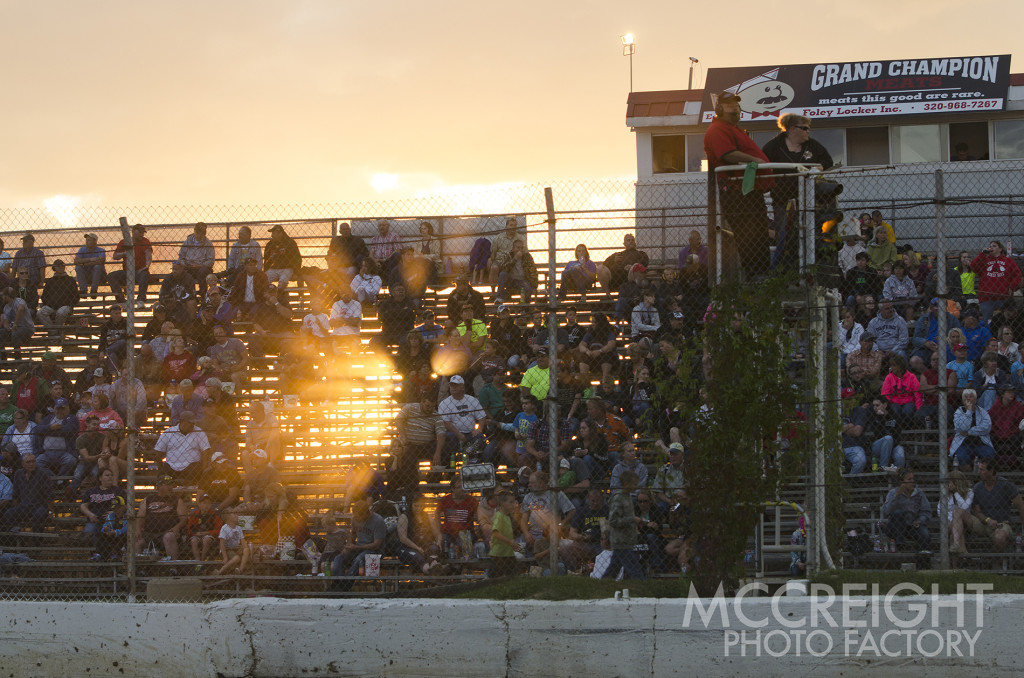 The races were amazing! Some of the best racing I have seen in a long time. I was excited to get home and revisit the photos until I got home and was smacked with a hardcore fever. I decided to pack in early and hit the sack. As I lay in bed with a multitude of discomforts, the worst thing that hit me was the fact that I couldn’t sleep. My brain was on hyper drive. I call it “fever brain”. It is as if your brain wants to take every thought you have had in the last several months and analyze them while all you want to do is go to sleep. As I lay there, thinking of this and that a thought suddenly popped in my head. What if the state of Wisconsin and the State of Minnesota got together and made a baby state? What would it be called? I first thought of Minnesconsin. Not much of a ring to that baby. Then it hit me. Wissota! And then another thought hit me. That is what the modifieds series is called. The Wissota Midwest Modifieds! As I was lying there mildly proud of myself for solving this puzzle I realized two things. One, that my fever brain is awesome, and two, that my regular brain needs some work (no Iowa jokes please). Either way today is a new day, the fever is gone and it is time to talk about the races!

As I hinted to earlier, the races last night were incredible. It was an absolutely beautiful night for  “meet the drivers night” at Granite City Speedway, and everyone was excited. 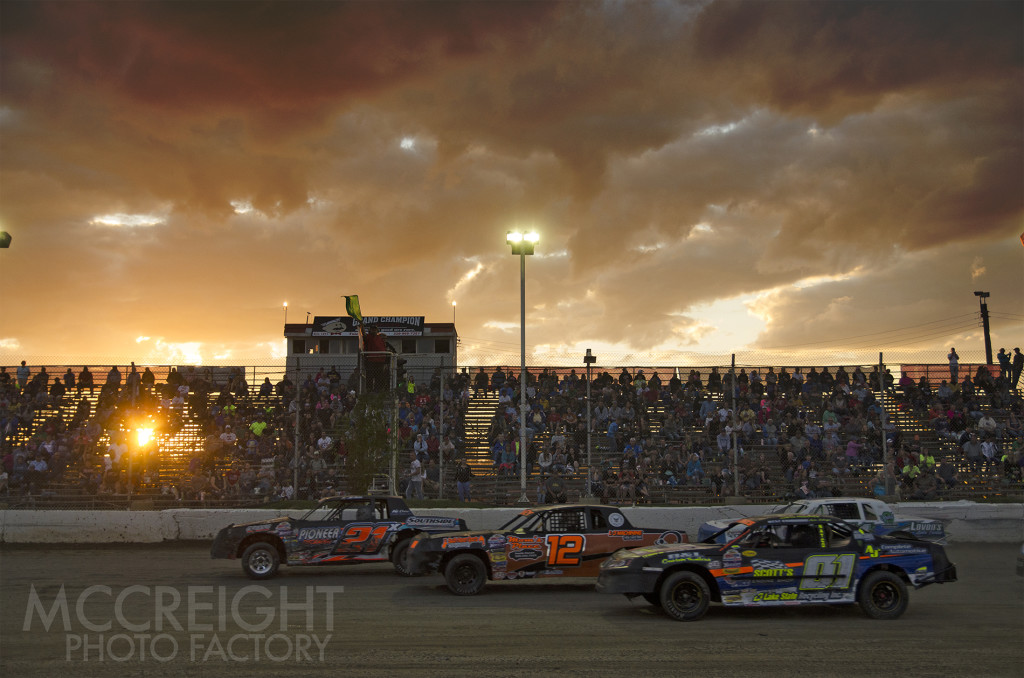 In between the heats and the features, all the drivers brought their cars out on the front stretch and the fans were invited to come hang out with their favorite drivers. It was exciting to see the drivers interacting with their fans. It is a great community they have going. 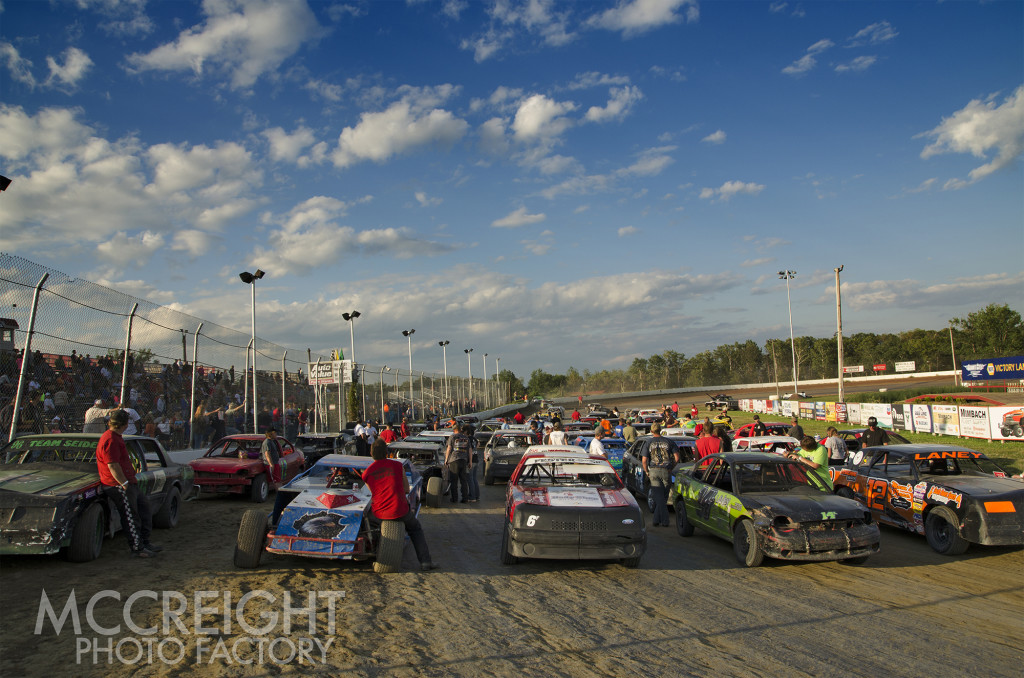 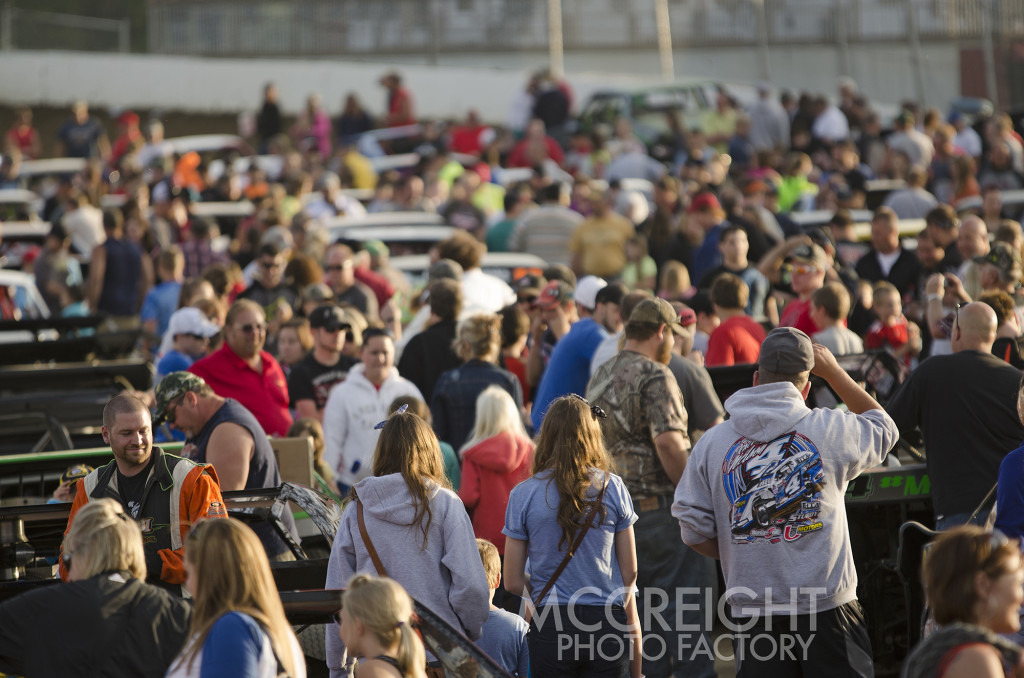 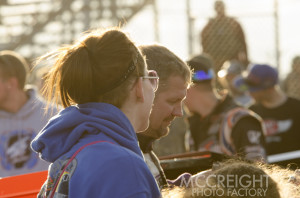 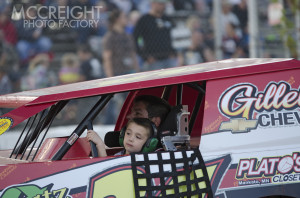 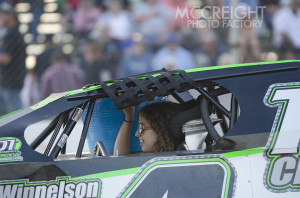 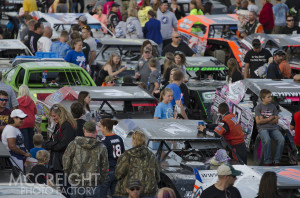 After the Intermission the drivers jumped back in their cars and prepared to race.

It was a warm windy day, so the track required a lot of water. They got it right. By the end of the night there was such a hard pack of rubber on the track surface that the drivers could find grip from the top of the racetrack to the bottom. Every race was side-by-side racing with plenty of lead changes and action on all 4 corners. Even being surround by the noise of all the cars around the track and earplugs in, I could hear the crowd erupt each time someone spun out or a battle for the lead was taking place. 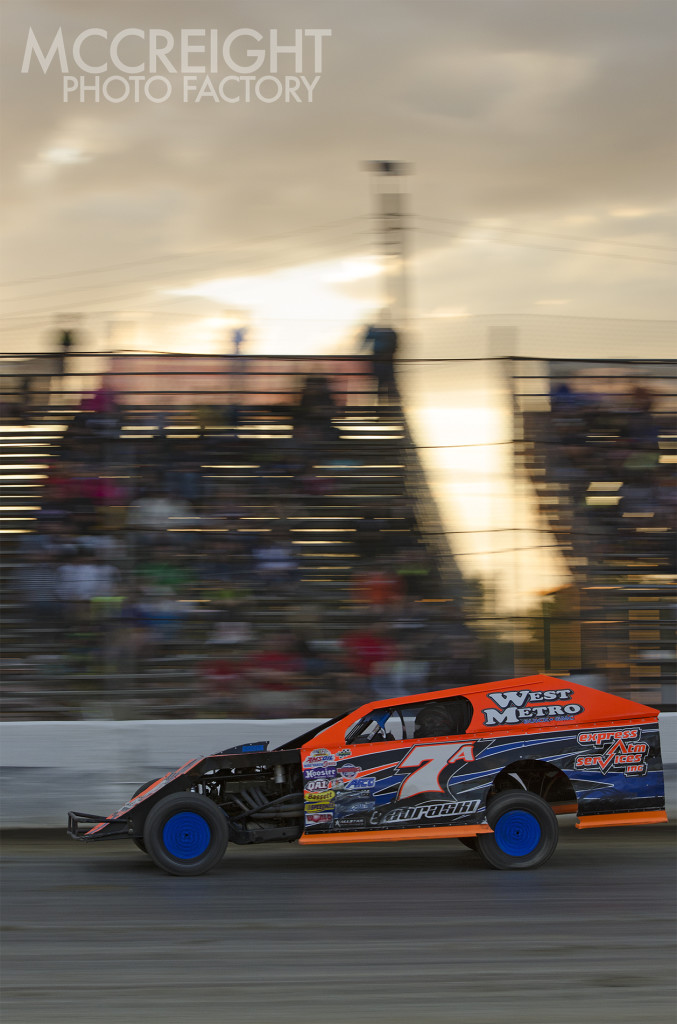 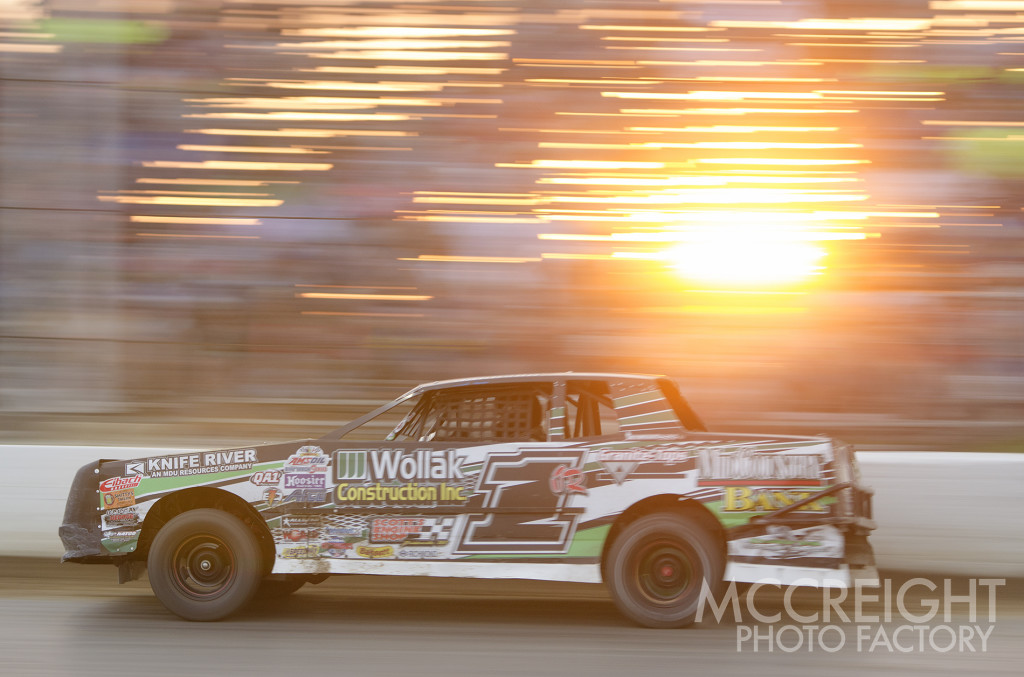 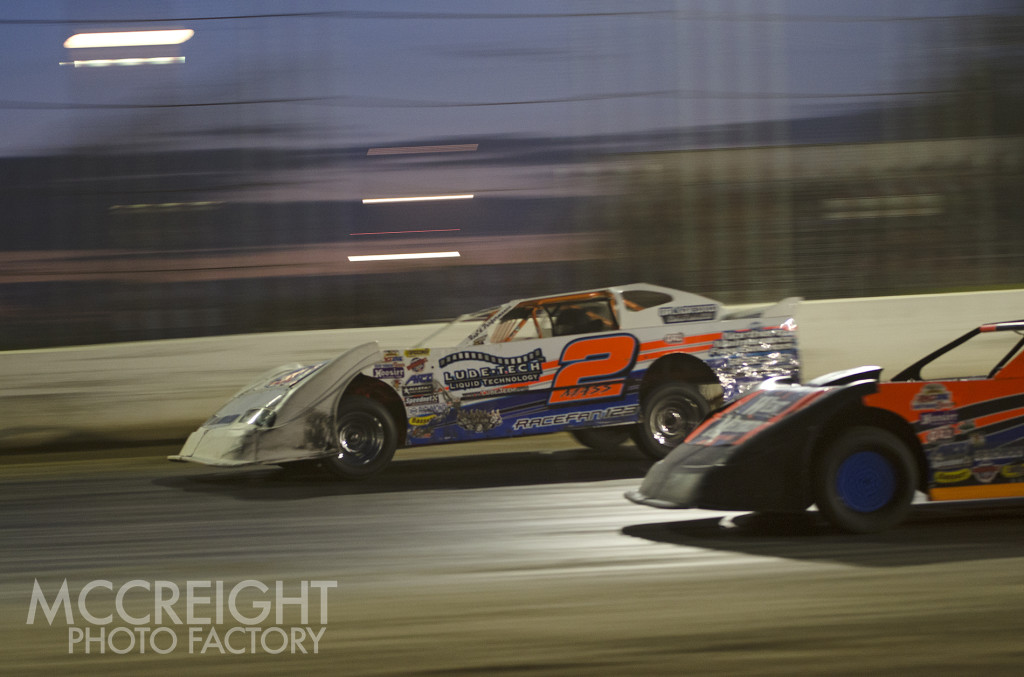 The night was spectacular. They really know how to put on a show at Granite City Speedway. Next Sunday the Sprint  Cars will be making their way to the track. Needless to say I am excited. They even had one of the wingless sprints show up last night as a bit of a teaser (and tease he did) 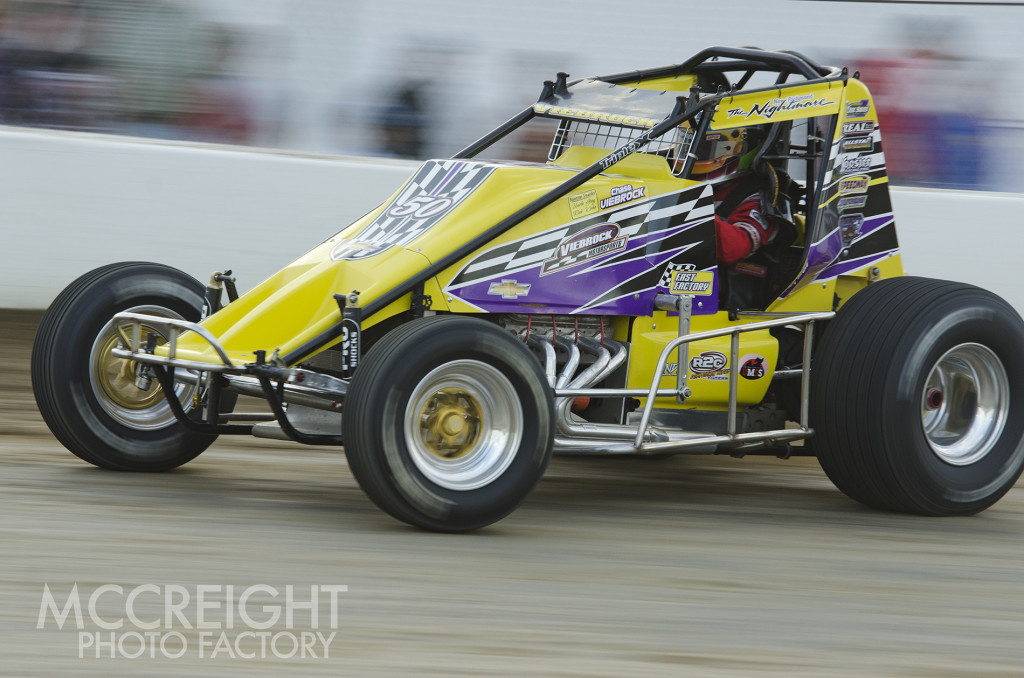 I hope to see all of you out at the races next weekend!