After an amazing weekend back in Iowa with my family for the Fourth of July, it was time to get back to business with the Wissota guys and gals at Granite City Speedway. But before I go there, I want to show a few images I was able to take from Knoxville Raceway back home. It had been many years since the last time I was there. I believe it was before my father passed, so it was really special to be back and enjoy it with my Mom, Grandpa, Jackie and Gary. It was like a step back in time watching Danny Lasoski and Terry McCarl racing for the win again. I am very happy the National Sprint League has come about and brought more great racing to the Midwest. 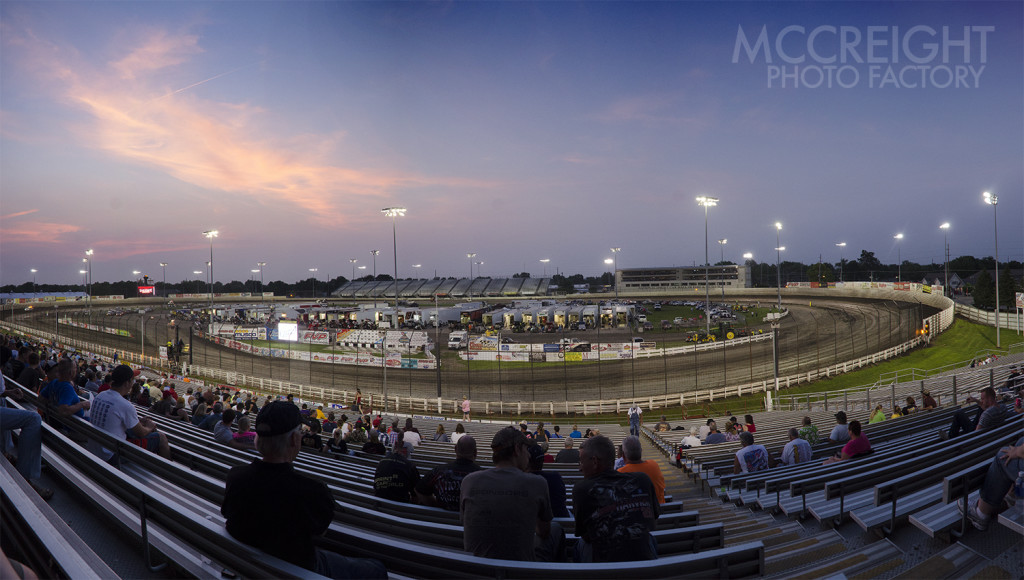 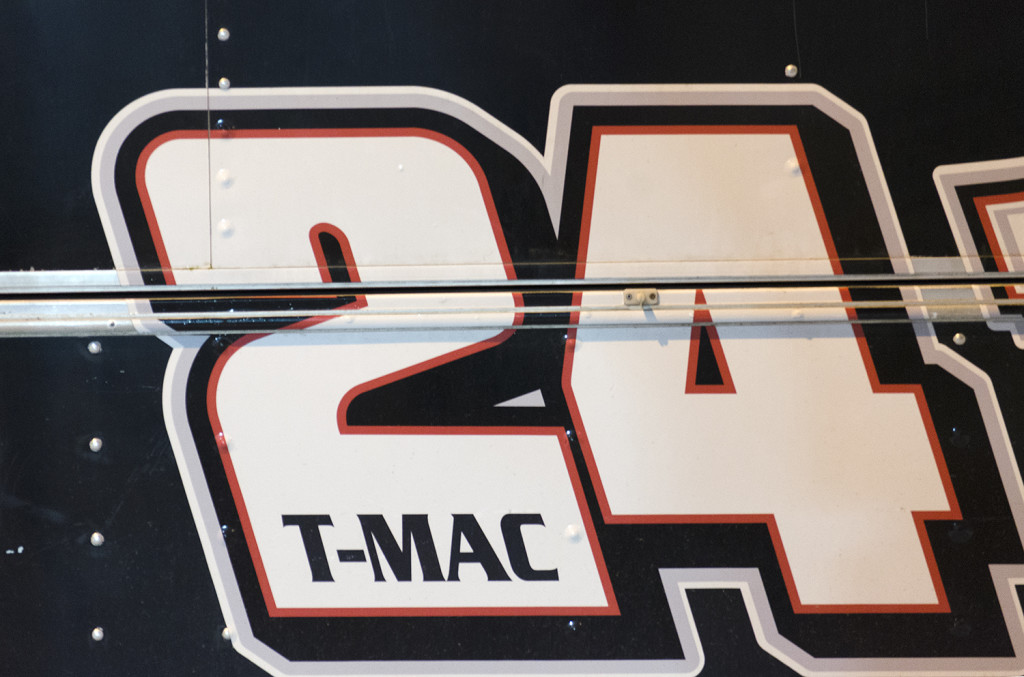 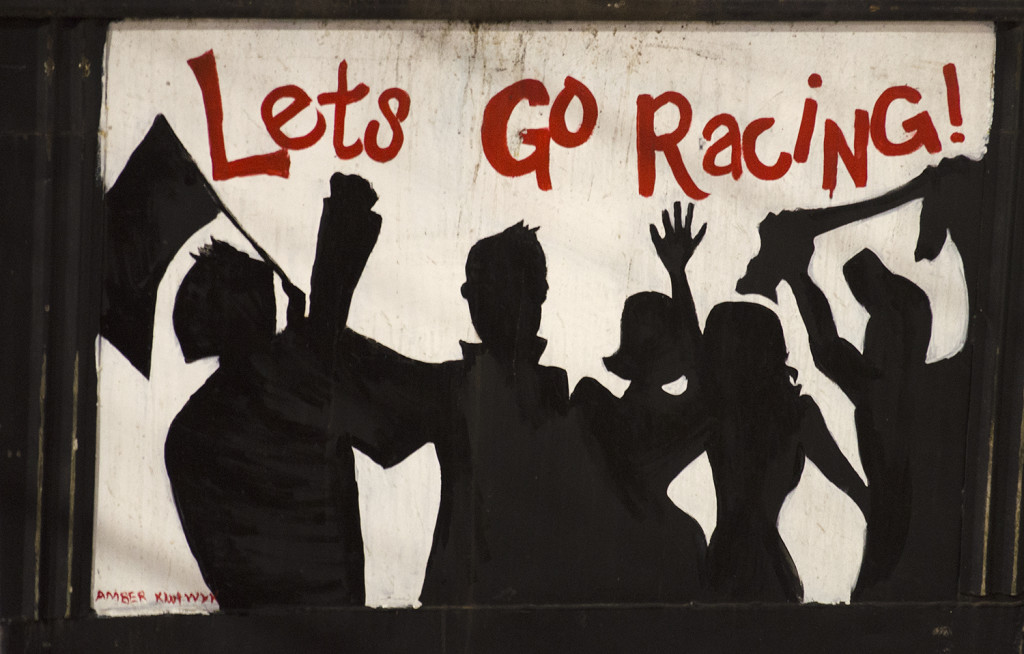 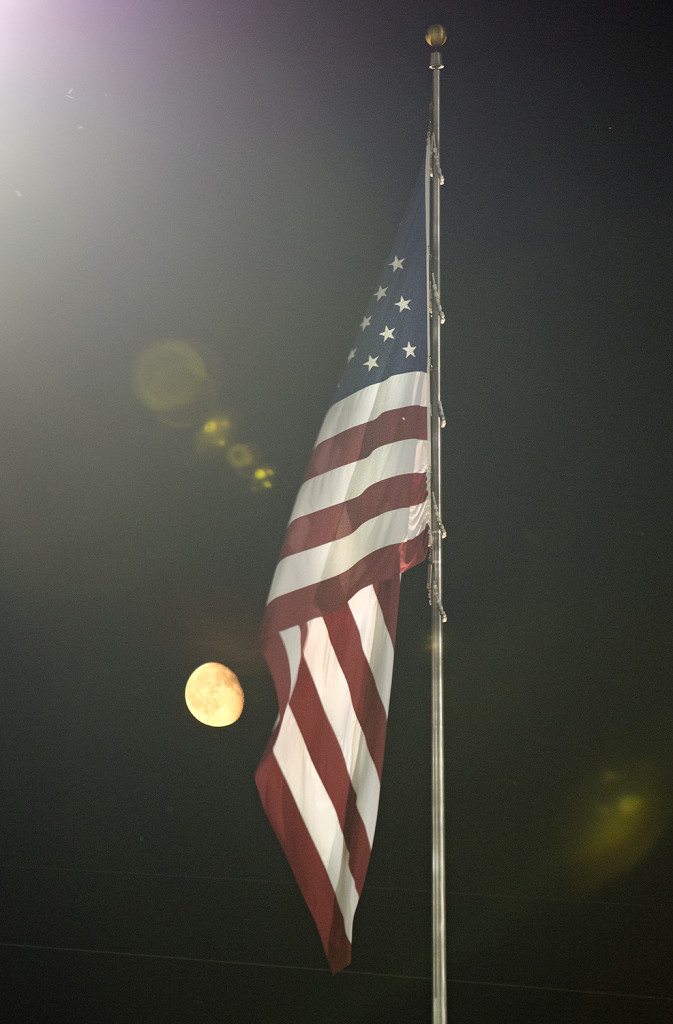 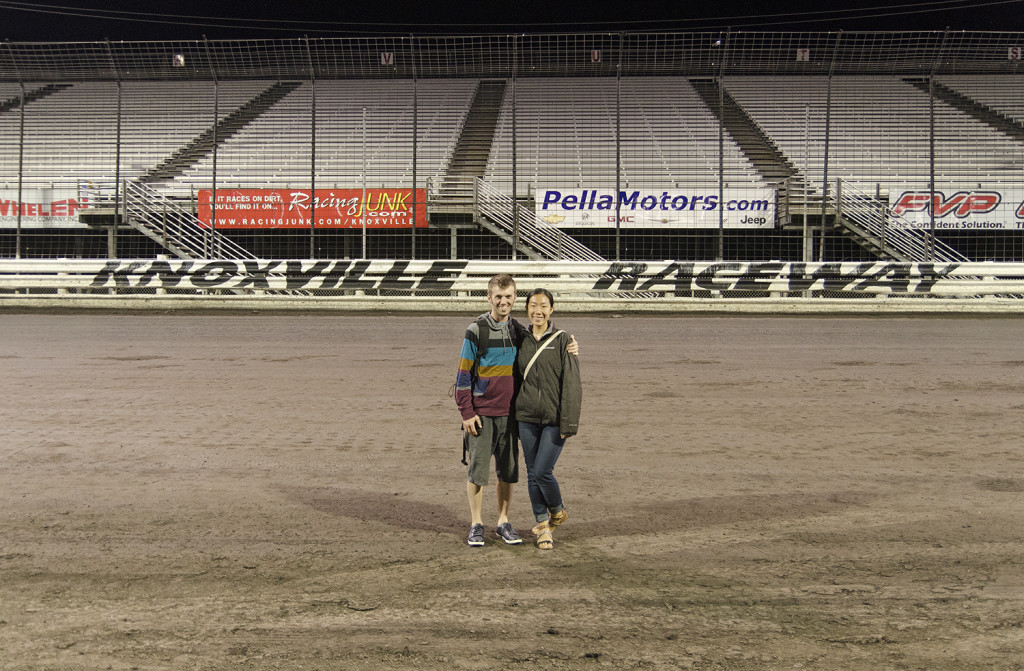 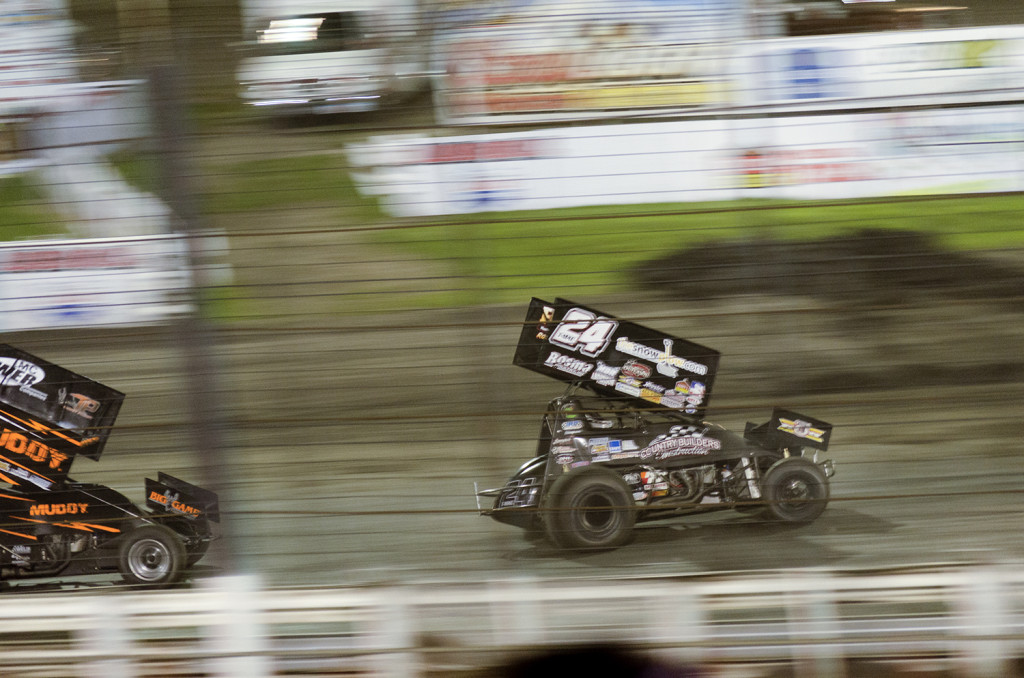 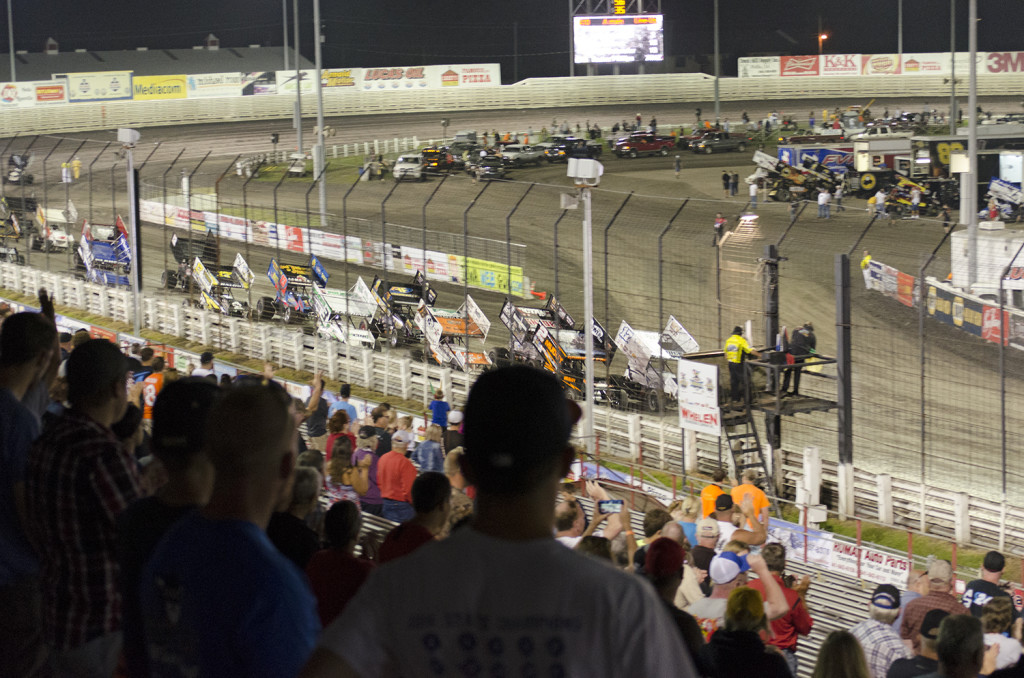 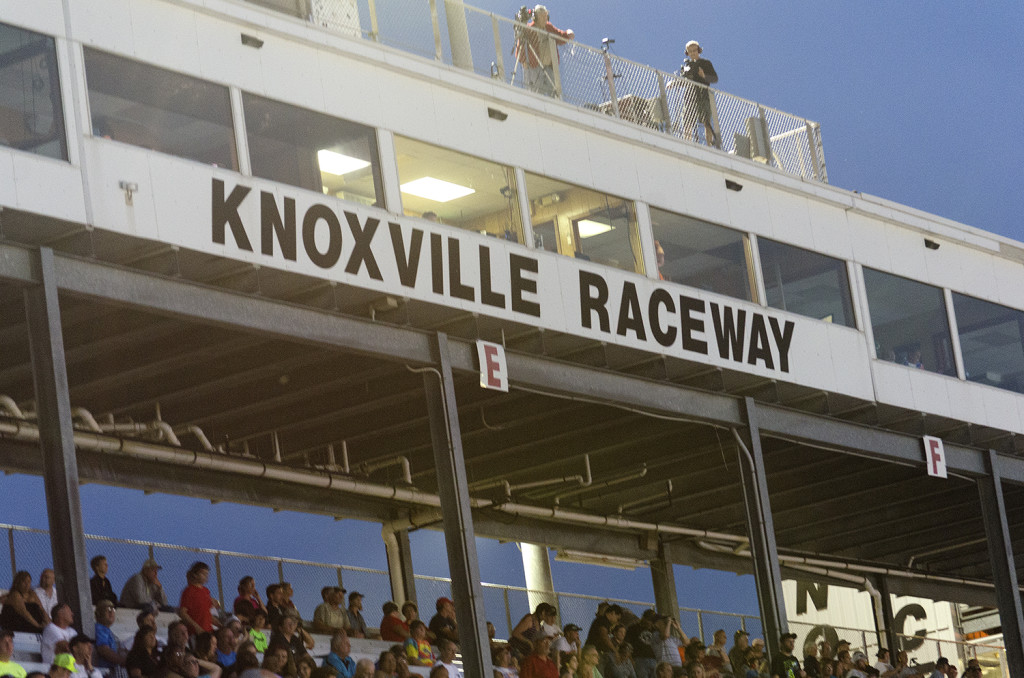 Ok Enough about that, it’s time to talk about this weekends races! It was a special night tonight. I pulled my camera out of my bag, formatted my memory cards, and cleaned my lens. I wiped the sticky sweat off my face from the heat and humidity of the day, and prepared for another weekend of great racing. I mentioned tonight was special. Tonight was Meet the Drivers night. That meant that all the drivers lined the front stretch and the fans were allowed to come onto the track and hang out with their favorites. 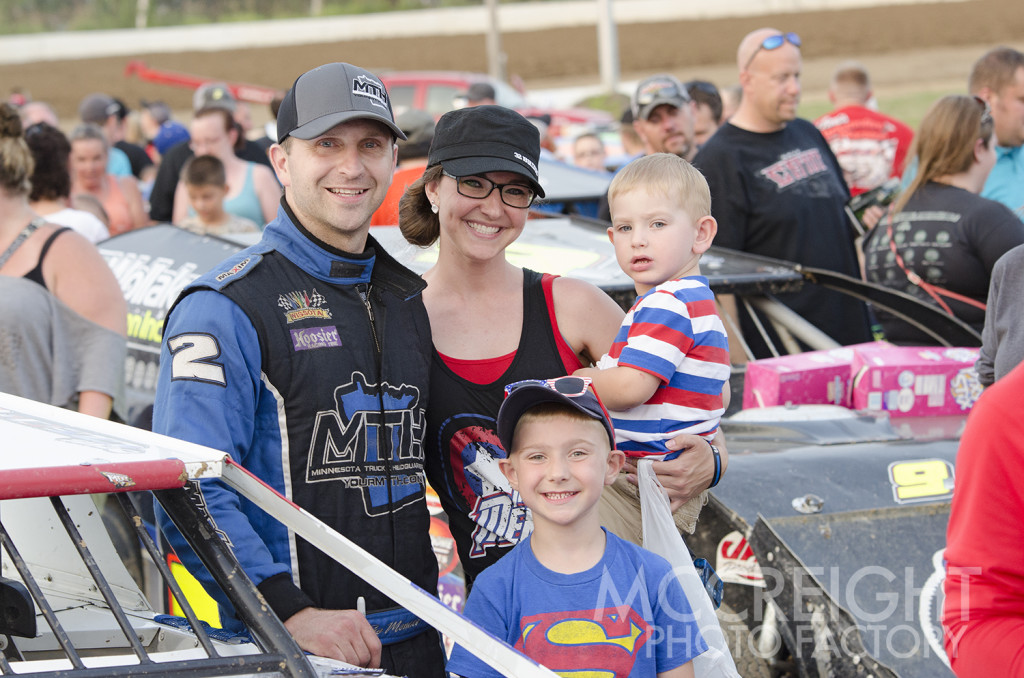 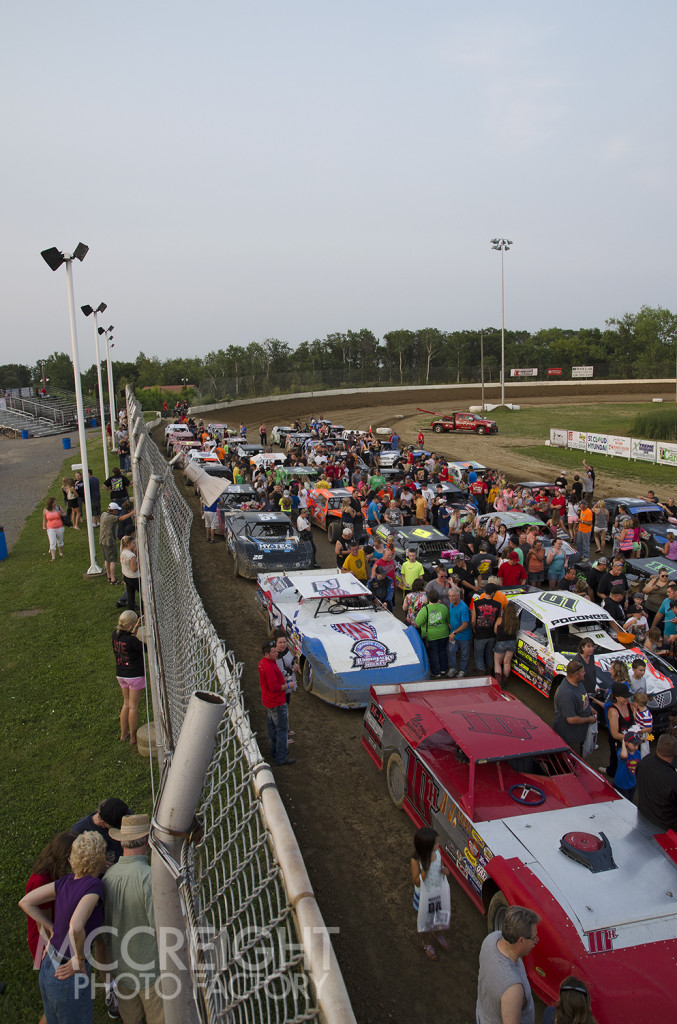 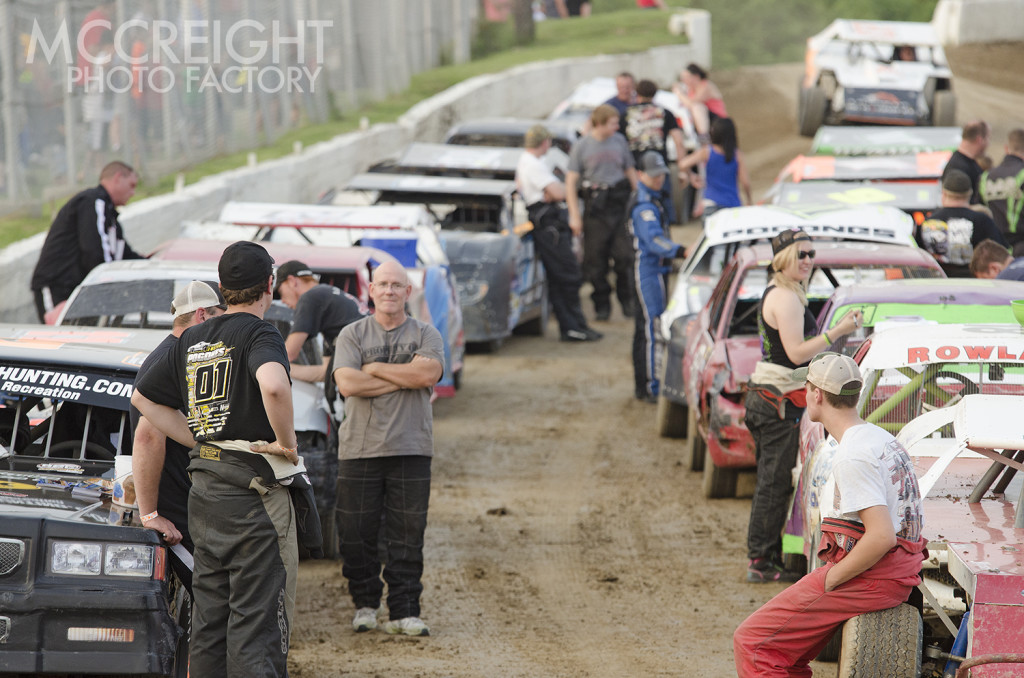 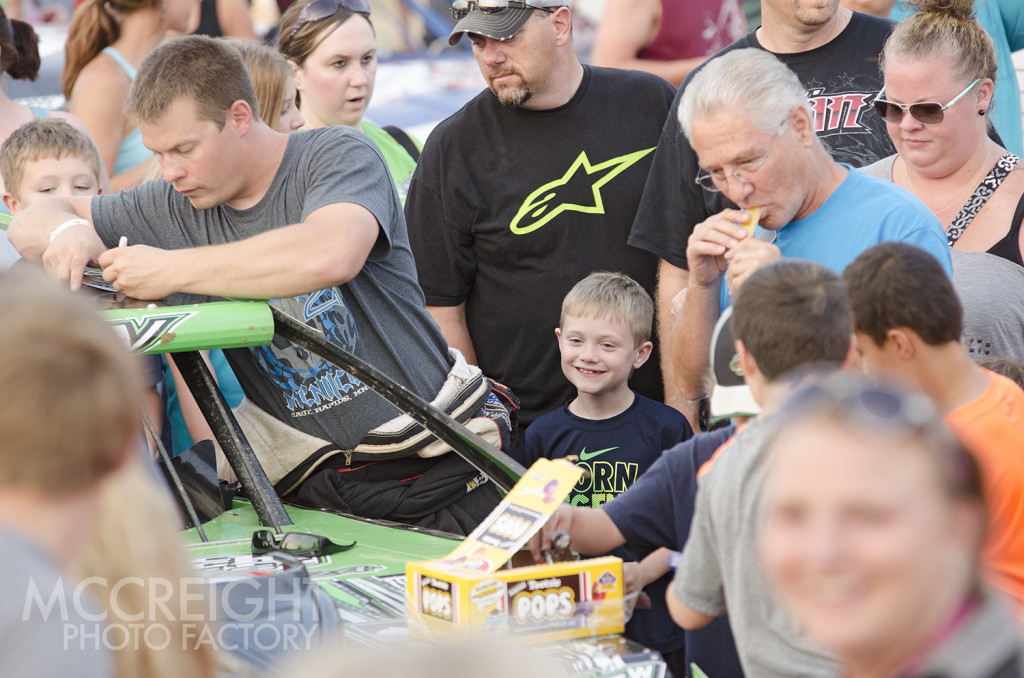 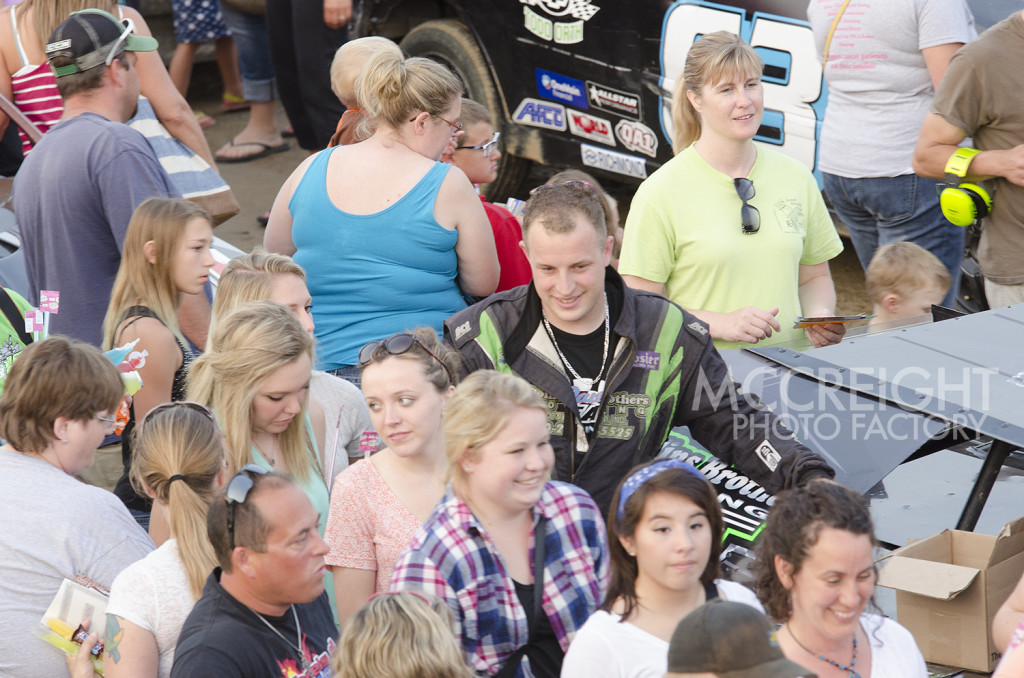 After the excitement from the intermission, it was time for the drivers to head back to the pits and prepare themselves for what would be a wild night of racing.

After a wild race in the Midwest Modifieds, Denis Czech saluted the crowd from the roof of his car in victory lane. Next up was the Hornets. The hornets were bunched up tight all race. Tyler Berry worked his way around Jeremy Jutz to grab the lead and then it was a dog fight for the rest of the pack for the following laps. 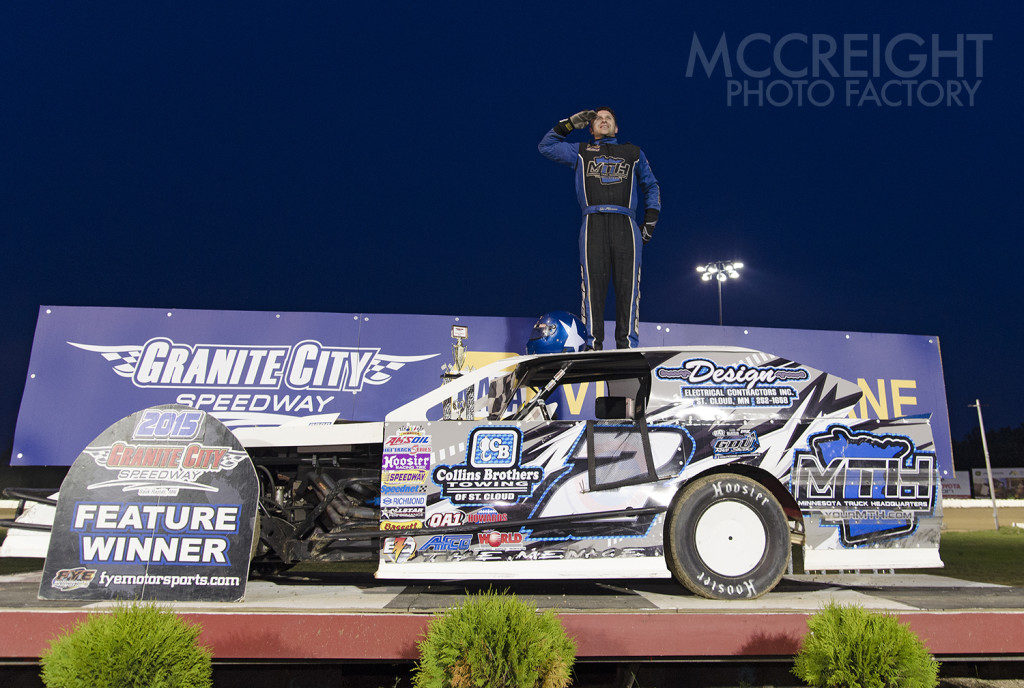 The mod fours took the track and Keith Thell started from the back. Could he keep his perfect run going here at GCS. For the first few laps Keith struggled to make his way through traffic. Rod Berg and Brandon Linquist raced hard up front as Keith started passing cars 2 and 3 at a time. He then set up the leaders and took yet another victory on the season. Can anyone beat him? So far the answer is no. 6 in a row! 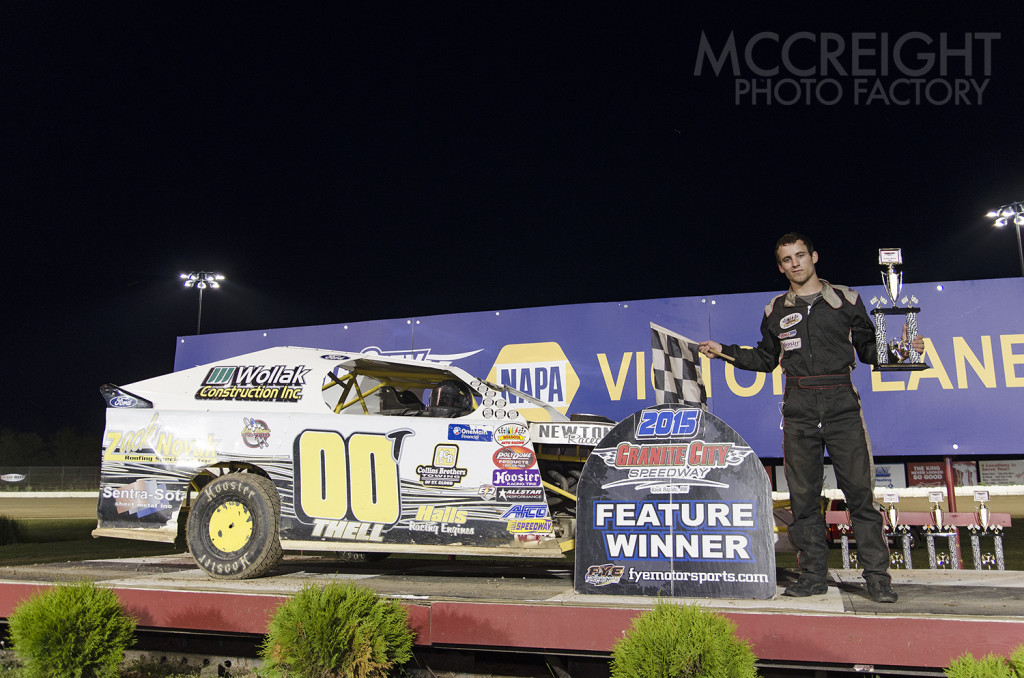 Another great race was with the Street Stocks. There were only 4 cars tonight, but they were tight together the entire race. Justin Pogones worked his way through the pack and caught Aaron Johnson. It looked like Justin would give him a run, but Aaron kept pushing hard and held him off for the win. 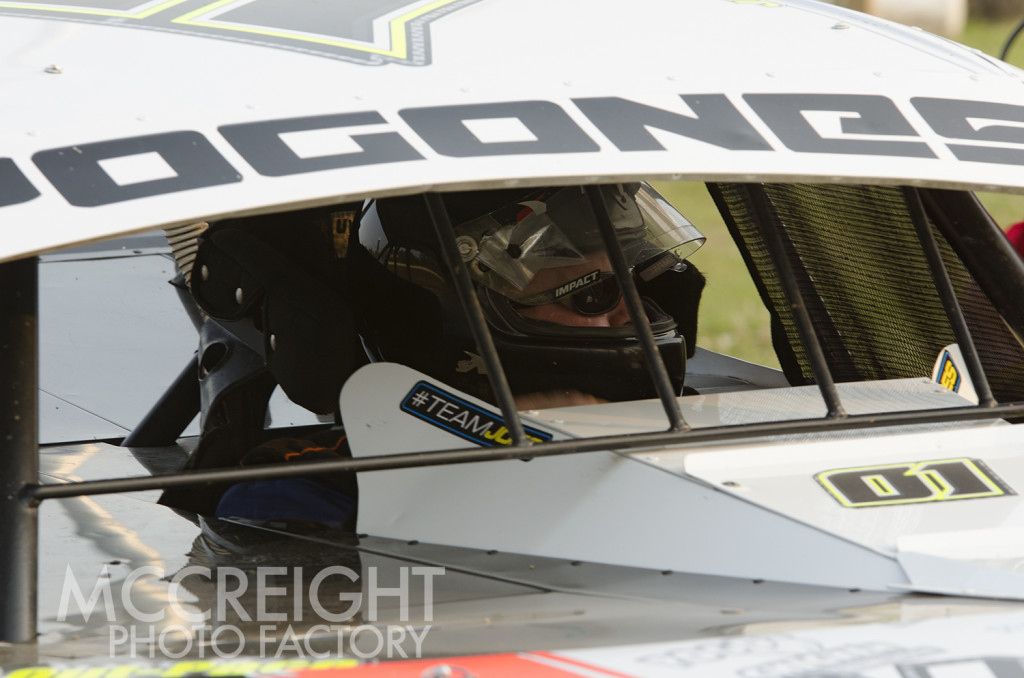 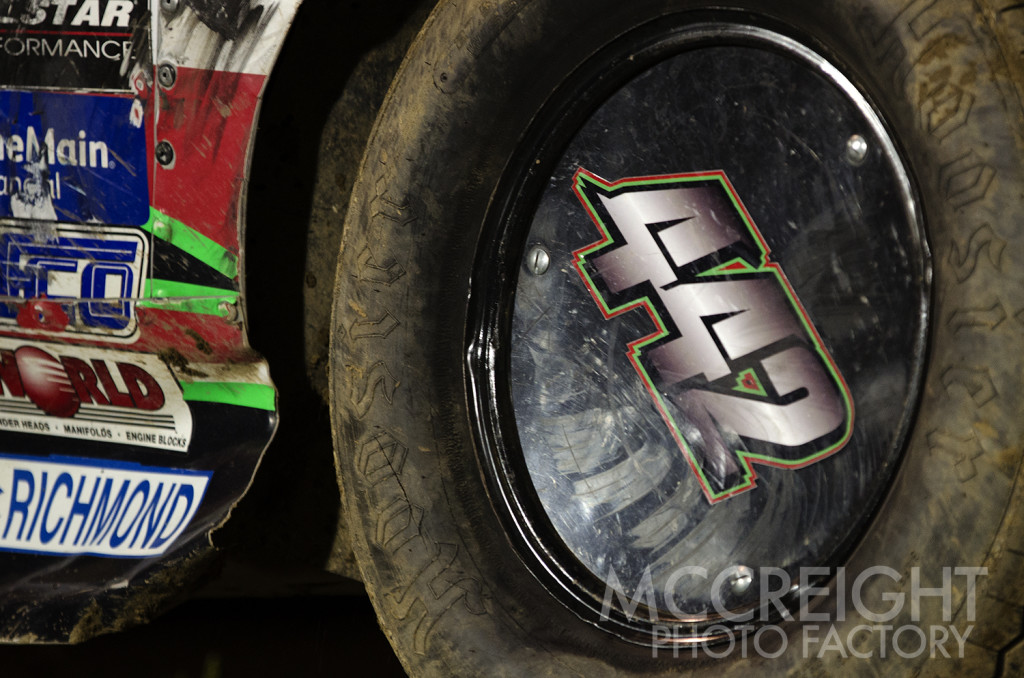 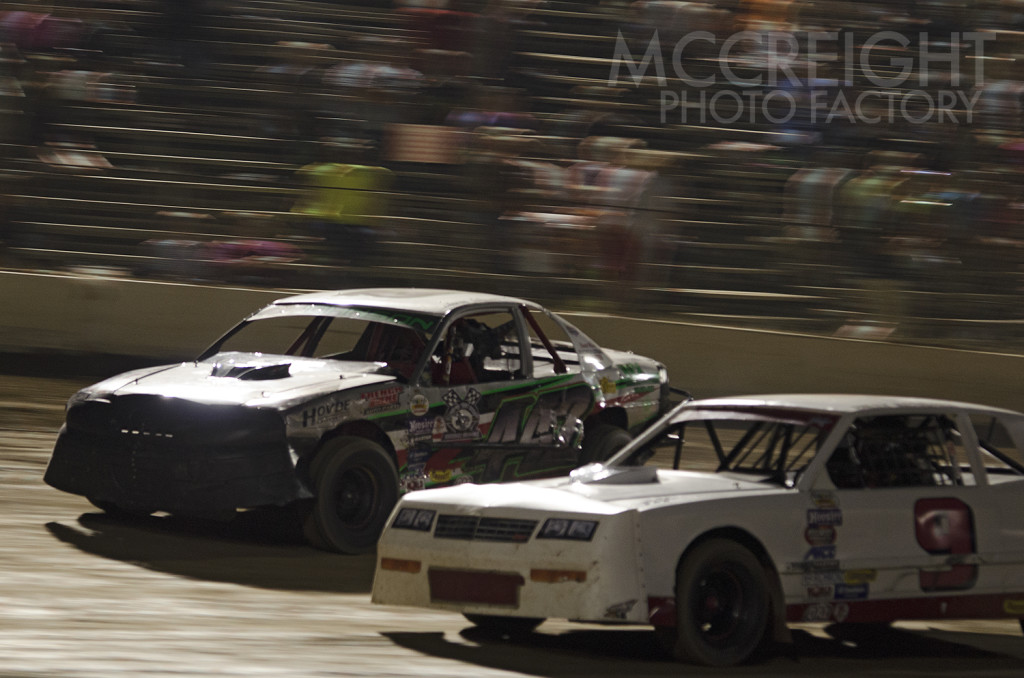 The Super Stocks put on a wild one. Shane Sabraski took the lead early and looked like he would run away with it. Then after a caution Shane headed to the pits and started again from the back. After that it was a battle between Jake Goetze, Denis Czech, and Dexton Koch. They battled hard all night and Dexton finished in front robbing Denis of a double down for the night. It’s the first time I have seen Dexton win here and the fans were happy. 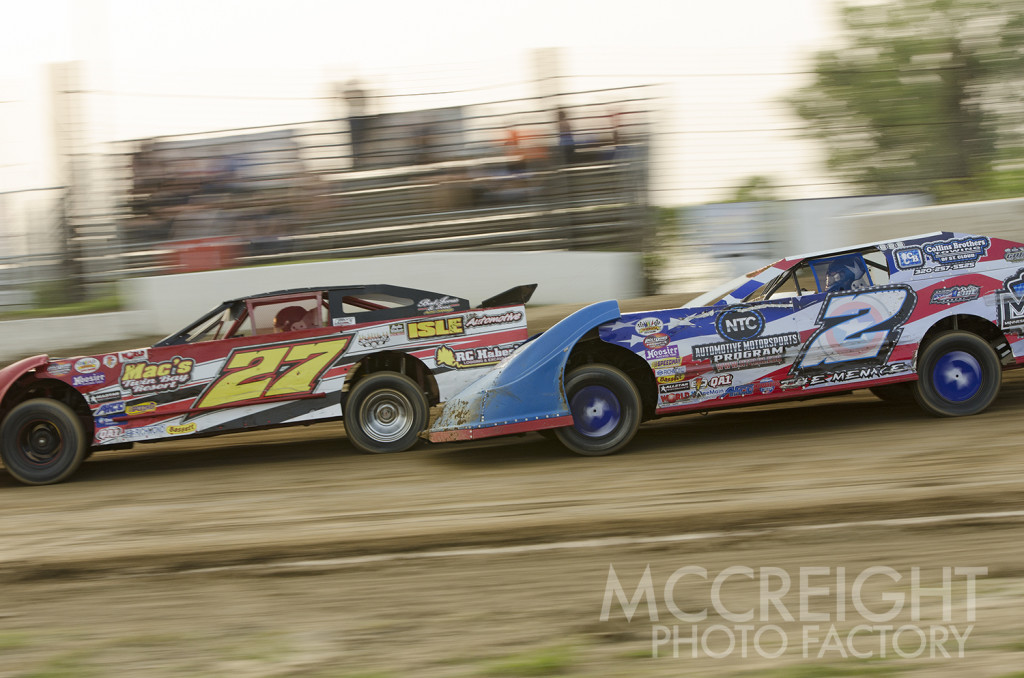 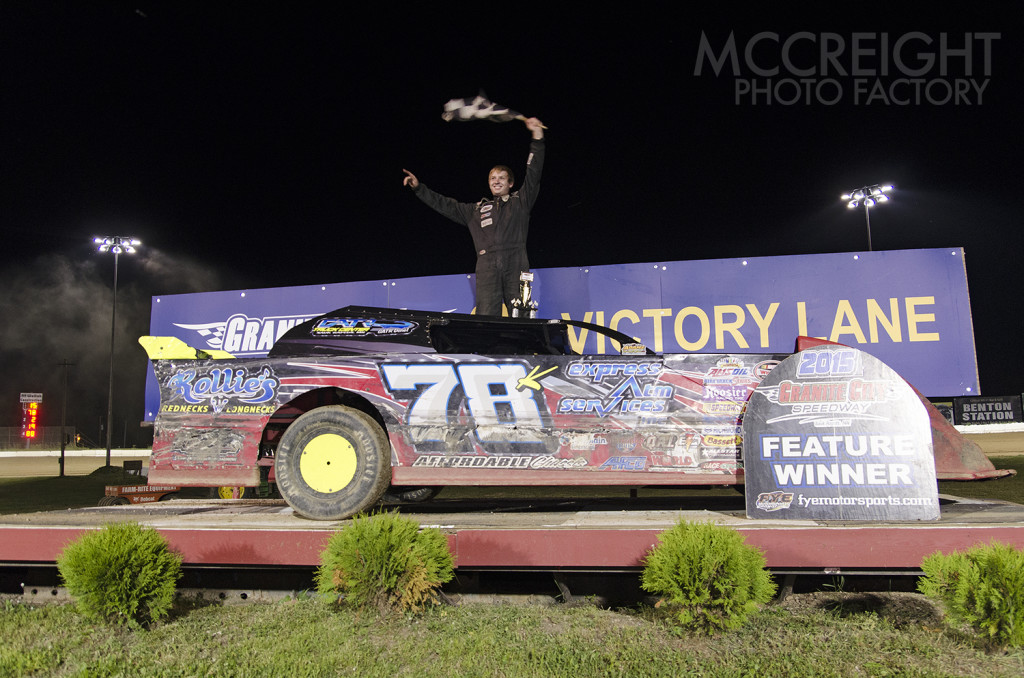 Next up were the Pure Stocks. There were only 3 of them and after a fire in the heat race for Kyle Froelich, we were happy to have all of them. Charlie Shiek and David Dosh battled hard up front as Kyle followed closely behind. Then all of a sudden Kyle pulled to the infield and for the second time caught on fire. I believe they had an engine swap which might have been the cause of all the problems. Either way, just like the previous race here, Charlie and David battled side by side and also just like before, Charlie continued his undefeated streak with another victory. 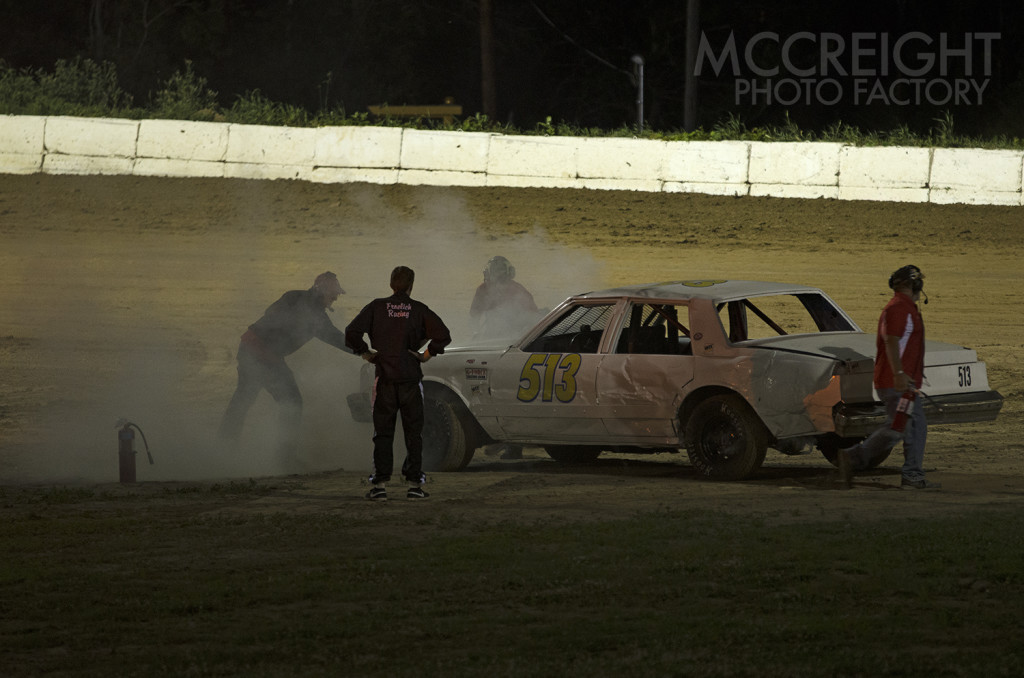 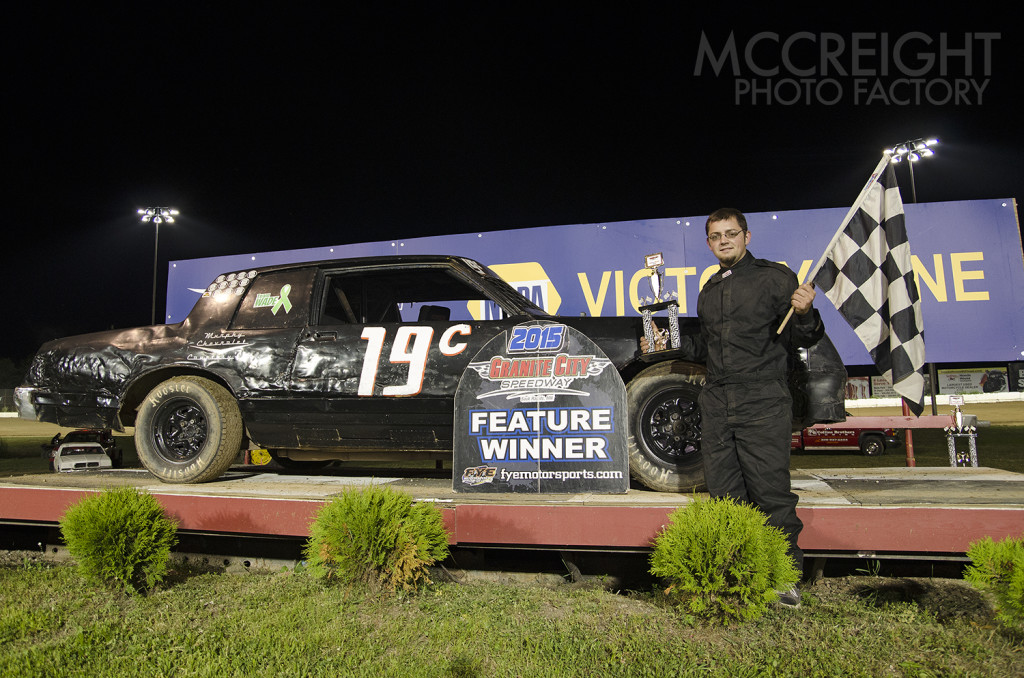 The Wissota Mods took the track for the final race of the night. Many of the usual suspects were here, along with some fresh faces. The racing was side by side as usual. The very first race I ever photographed at GCS ended up with Landon Atkinson winning his very first race here last year. Tonight he repeated that feat and took home the win once again. 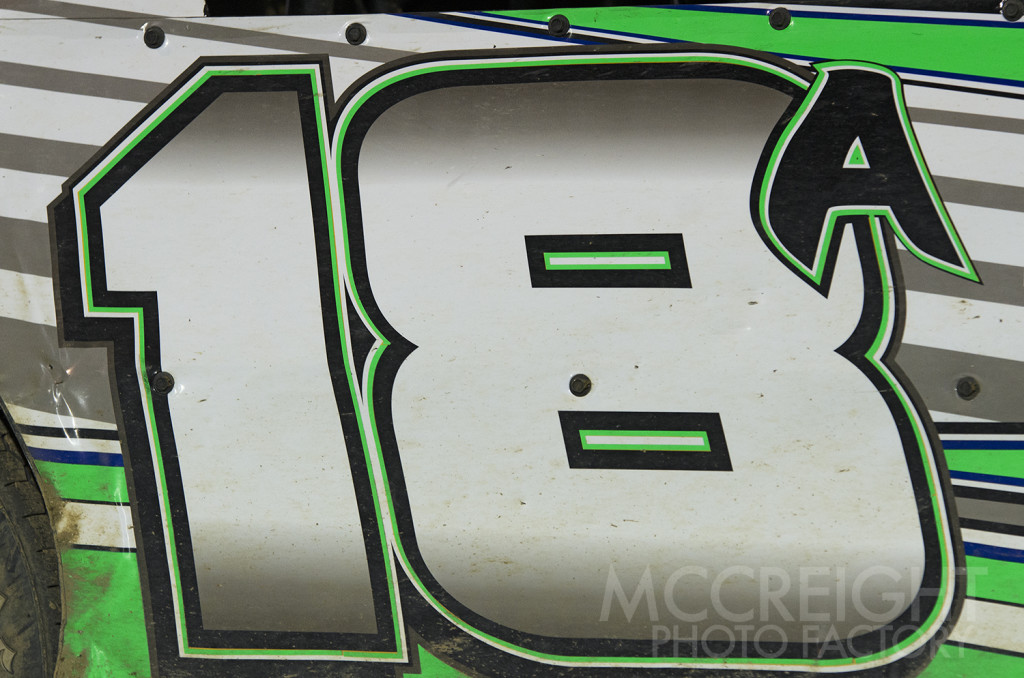 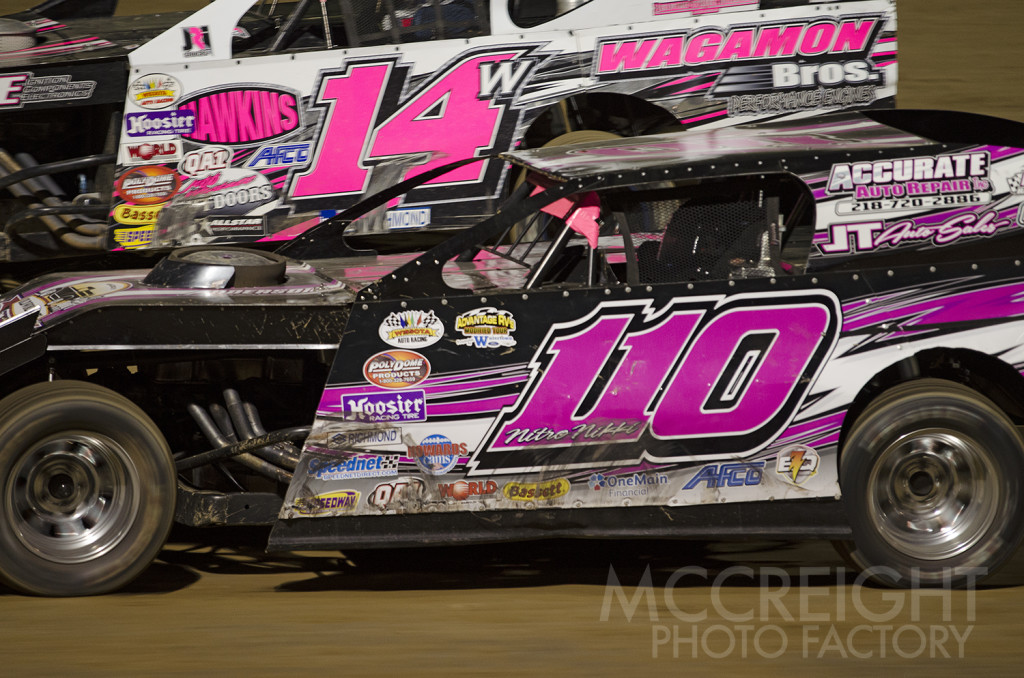 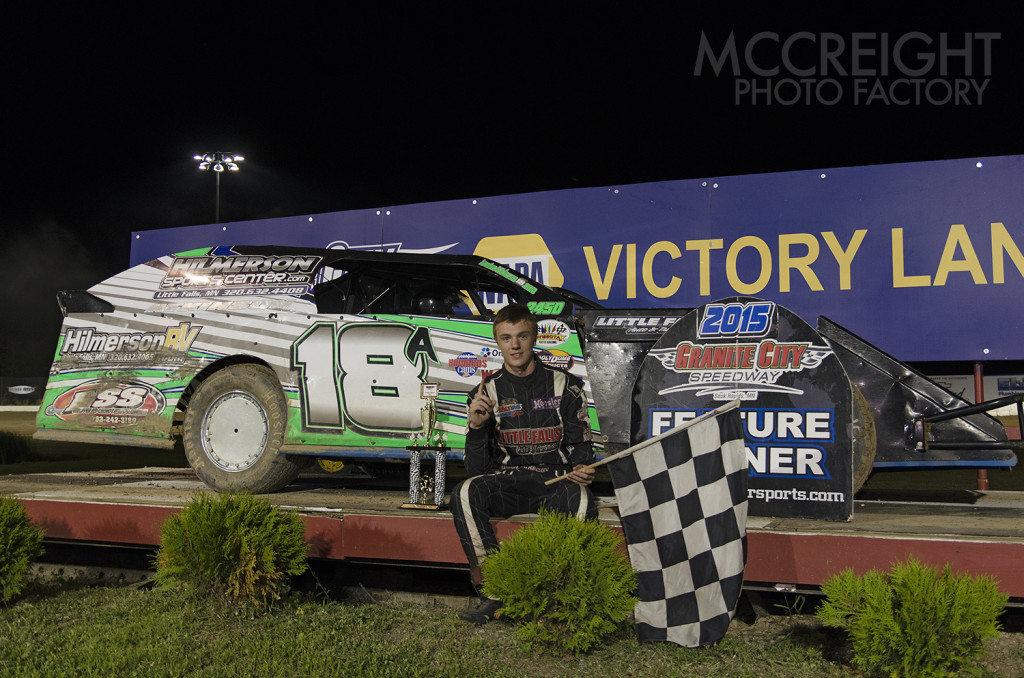 With the dust settled, and the cars back in the pits, I packed up my gear and headed back to Saint Cloud with yet another great race night in the books.

Can’t wait to see you all again Friday!!!