It has been many years since I was just a young pup cheering on the “Dude” Danny Lasoski from the grandstands at Knoxville Raceway in Knoxville, Iowa. I grew up on this stuff. My dresser in my room was covered with die cast cars of all my favorite Outlaws. Don’t you for one second think that I kept them in their package for value, I got my value from racing them in imaginary races on the kitchen table. Needless to say the “Dude” took home many wins on that table top.

On June 17th, 2015 things came full circle as the World of Outlaws rolled into Sauk Rapids, MN at Granite City Speedway. Just as luck would have it, this year is my first year as the official track photographer at GCS. The races were scheduled for the 16th but the rain just couldn’t stay away. A day later and we are back on. I got to the track early and started walking around the haulers. There was Danny and Donny, Kraig and Joey, the list goes on and on. I quickly noticed that I wasn’t the only happy person here tonight. The fans were wide eyed with excitment as they walked around the pits among the drivers. I did my best to get some shots and stay out of the way. The drivers and crews were prepping to race. They are at work, and they were getting ready to put on one hell of a show! 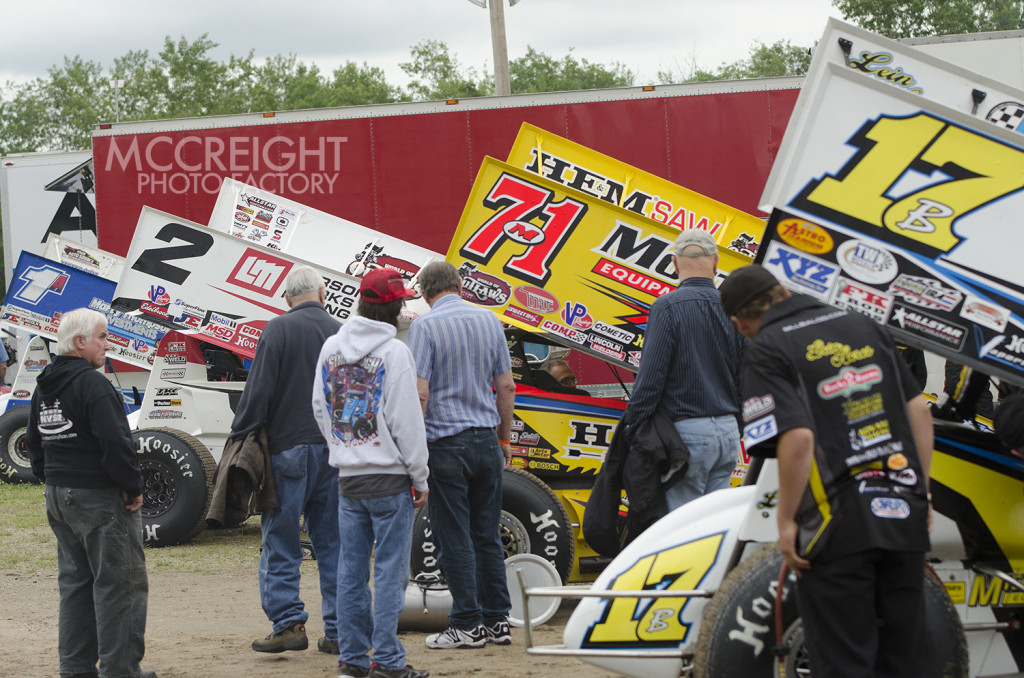 Sammy Swindell at age 59 took to the track in a borrowed car and put down a new lap record at GCS. Would you have guess that 10.720 seconds was even possible? The cars were flying around the track, and the white walls were quickly covered in beautiful Minnesota dirt! 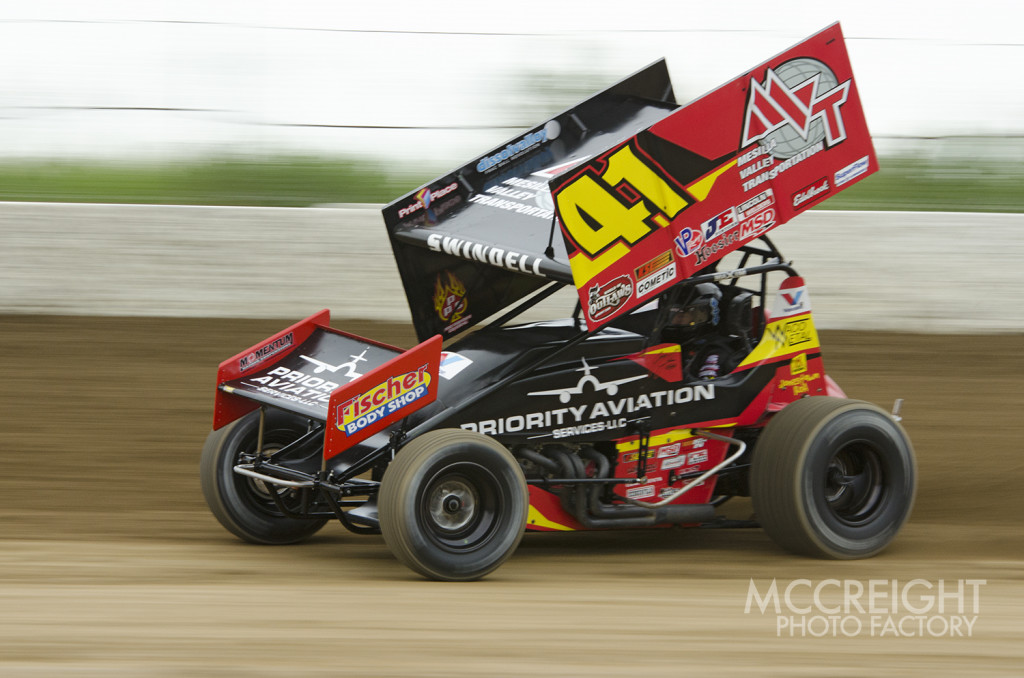 The World of Outlaws don’t come around all that often, in fact this is their very first visit to Granite City Speedway. That being said I must give credit to the Super Stocks for putting on a show as well. The real show was for 2nd on back. Dave Mass took the lead and ran away with the race. He finished nearly 3/4 of the track ahead of the field. None the less the Super Stocks put on a great show as usual.

Back to my dream come true. As mentioned before my childhood favorite driver was the “Dude”. Tonight was a great night to be a fan. Danny took home the Heat and Dash victory placing him on the pole for the main event.

The grandstands begin to shake, the dirt started to crumble as the World of Outlaws came out of turn 4 in a four wide salute to the fans.

The crowd went wild and the cars took off into their starting positions. The green flag dropped and Danny Lasoski jumps out into the lead. It wasn’t long before the field was one long stream of cars all the way around the track. Lasoski and Shane Stewart spent most of the race battling through lap traffic in 1st and 2nd. Donny Schatz was lurking behind them.

After a few cautions, the green was dropped again and Danny jumped back out front. As the laps dwindled with 3 or 4 to go, Danny started to lose grip. He slid up the track and Stewart pulled beside him, as the two raced for it Schatz took the inside and passed them both for the lead and the win. 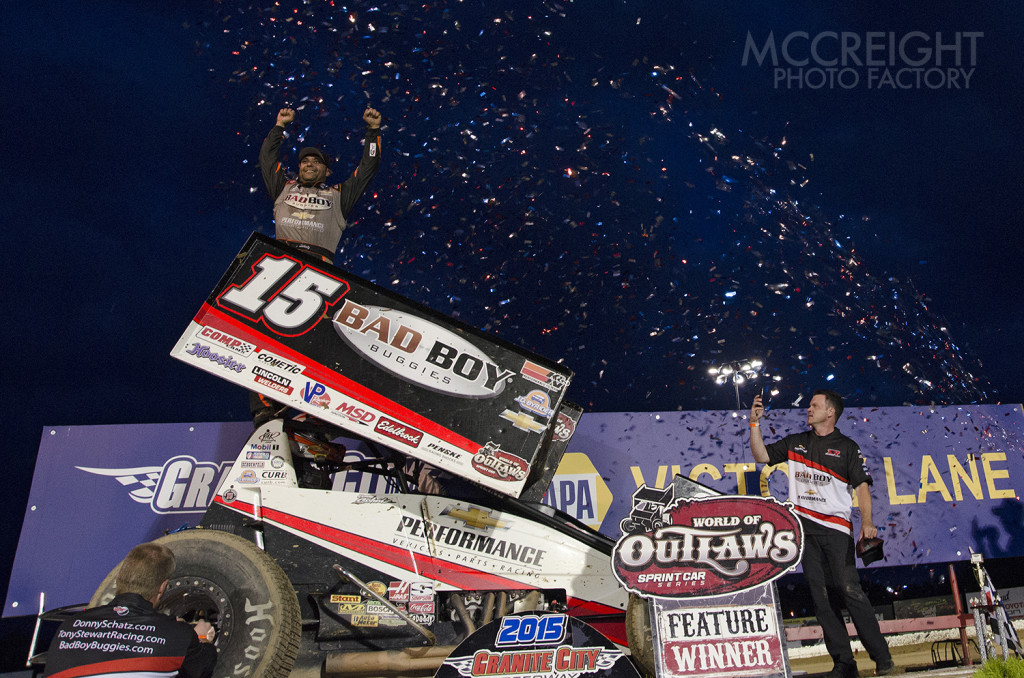 The crowd went crazy and the very first Outlaw visit to GCS was a huge success. The “Dude” was dissapointed for sure, but even though he didn’t win, I was excited to see my childhood favorite back with Guy Forbrook racing for the win.

The toughest challenge for shooting this race was actually shooting and not just watching in awe of the monsters that are the World of Outlaw Spring Cars.

We are lucky to have such a great racetrack here in Sauk Rapids, Minnesota. I am proud to be the track photographer and can’t wait to get back out there Friday Night to shoot the Wissota boys back in action! 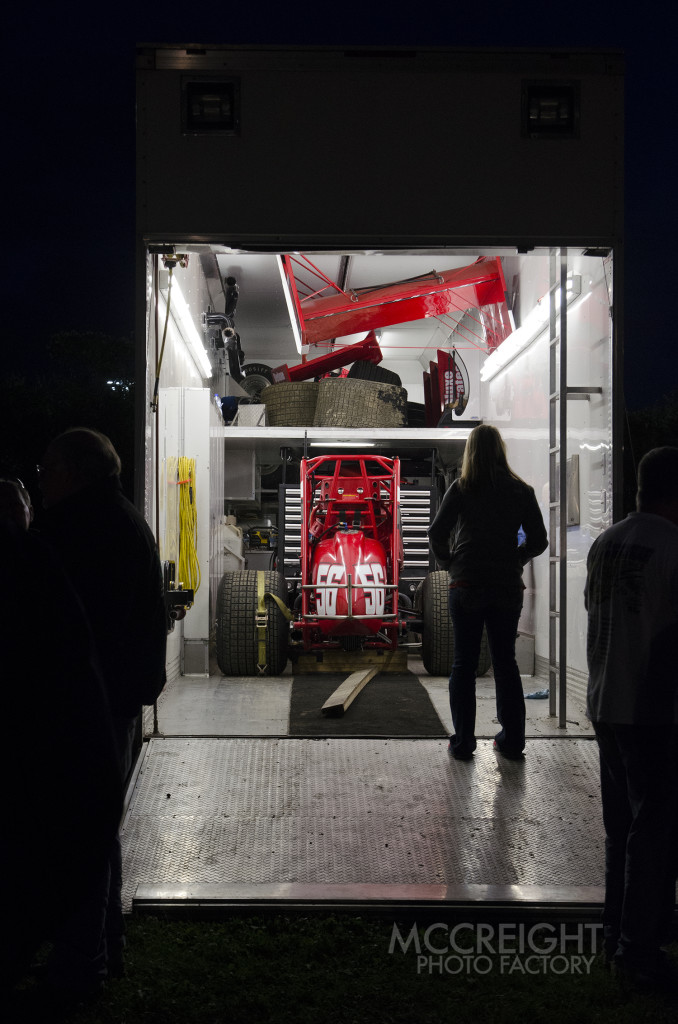 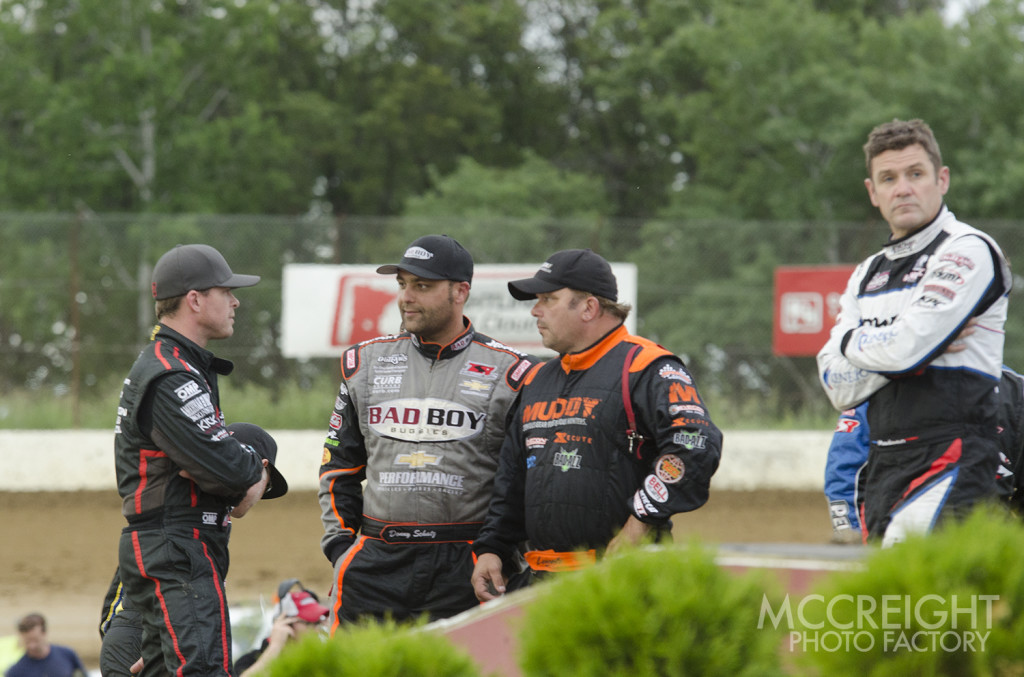 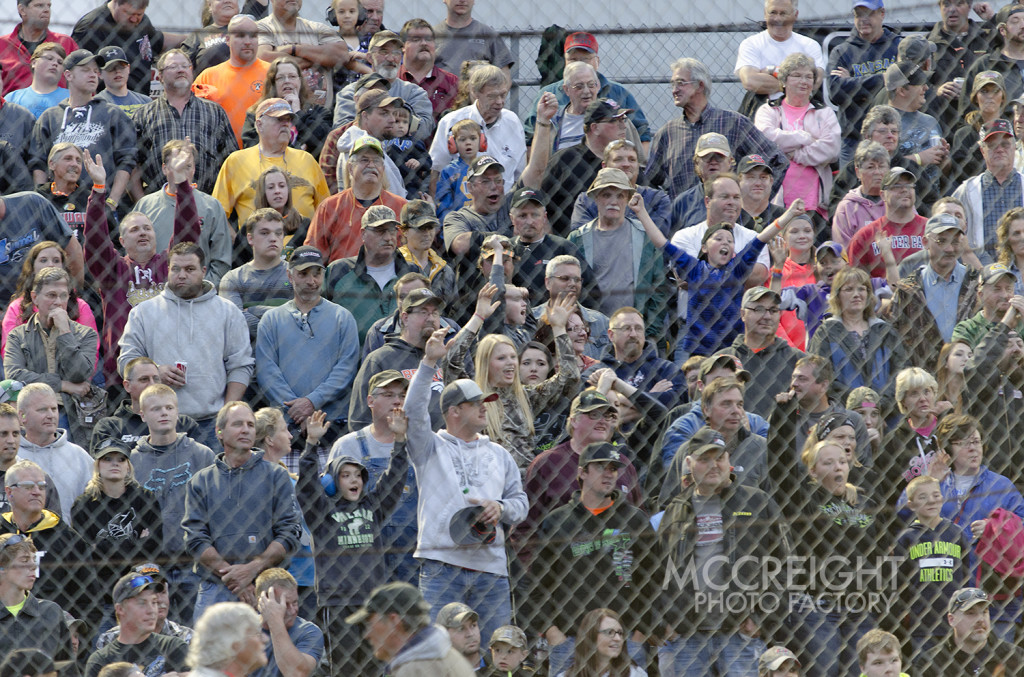 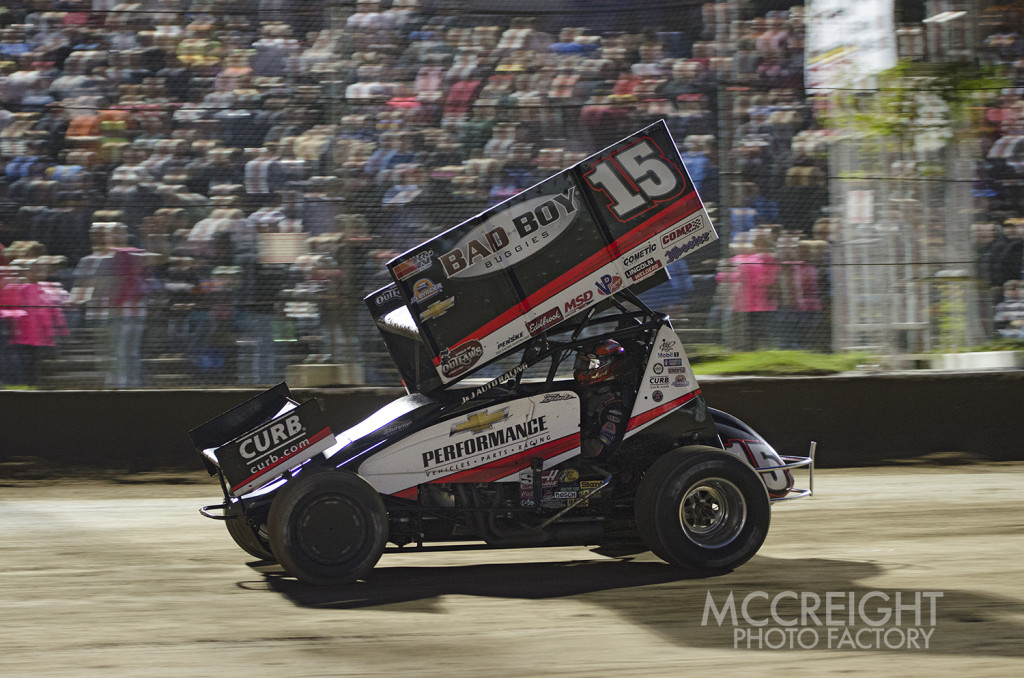 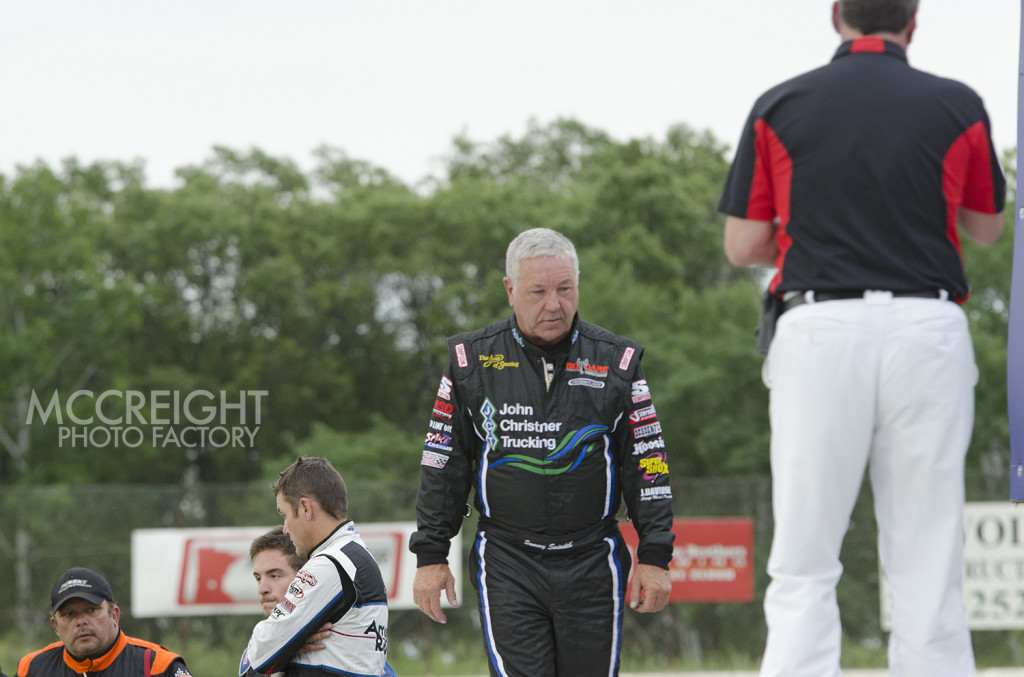 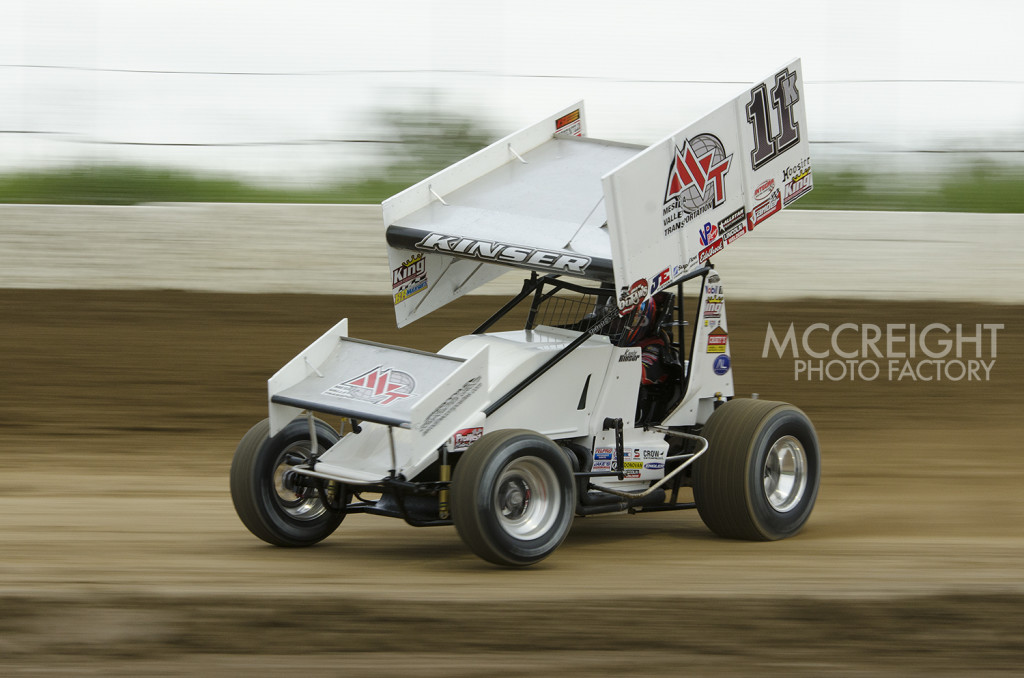 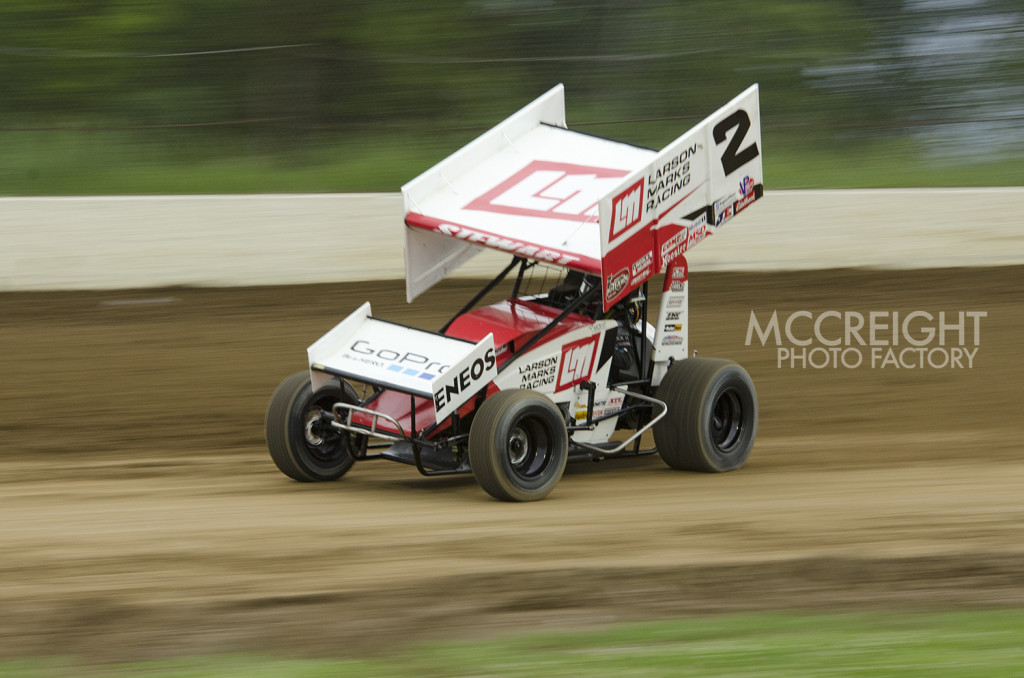 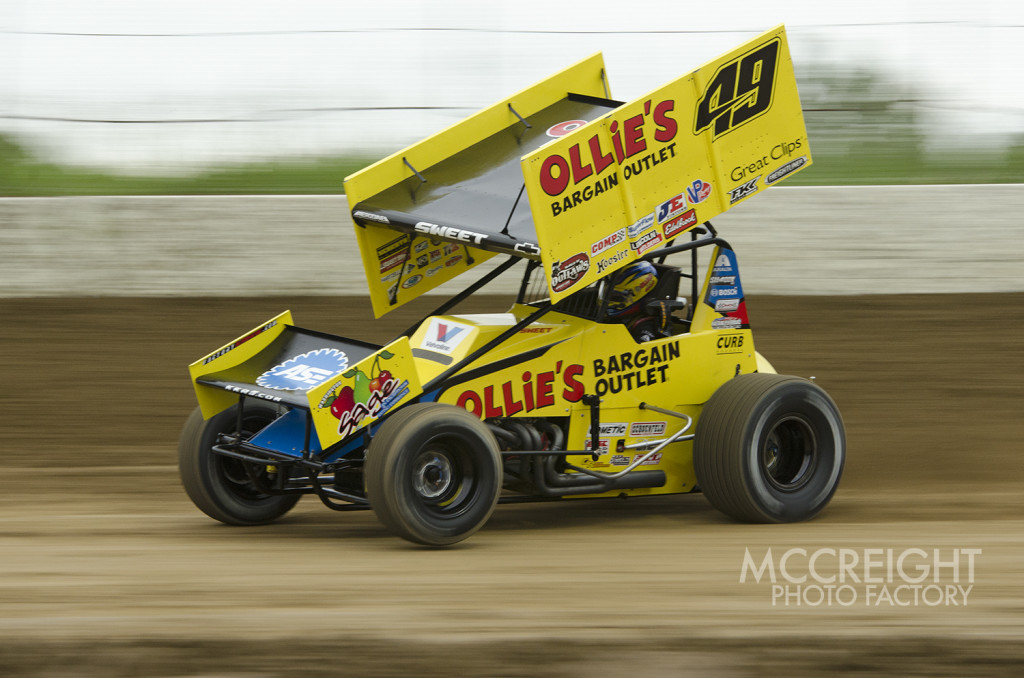 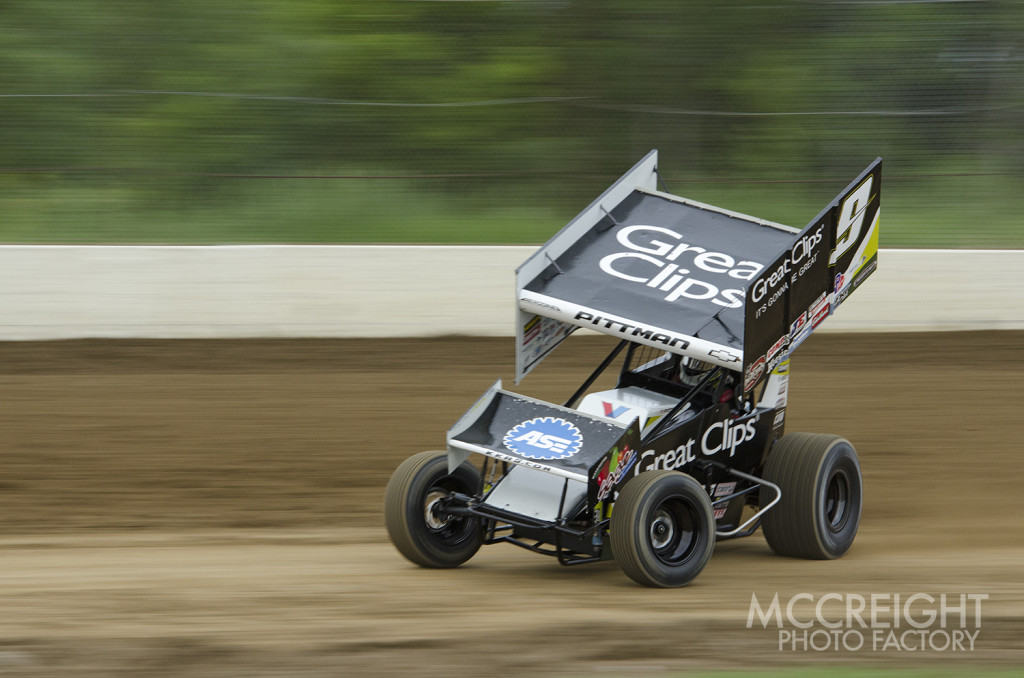 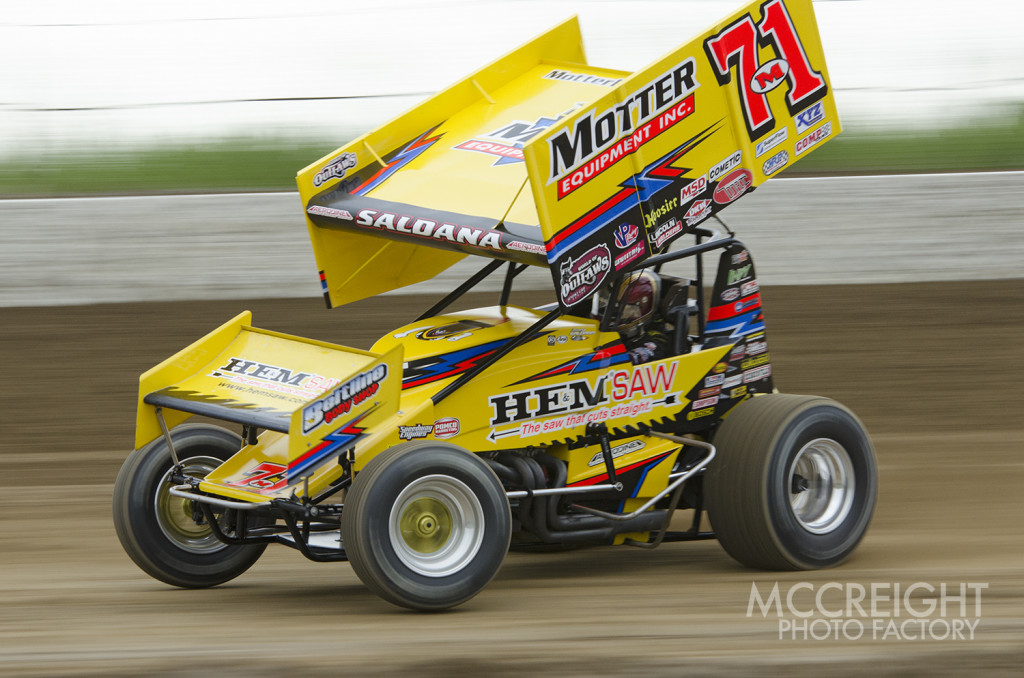 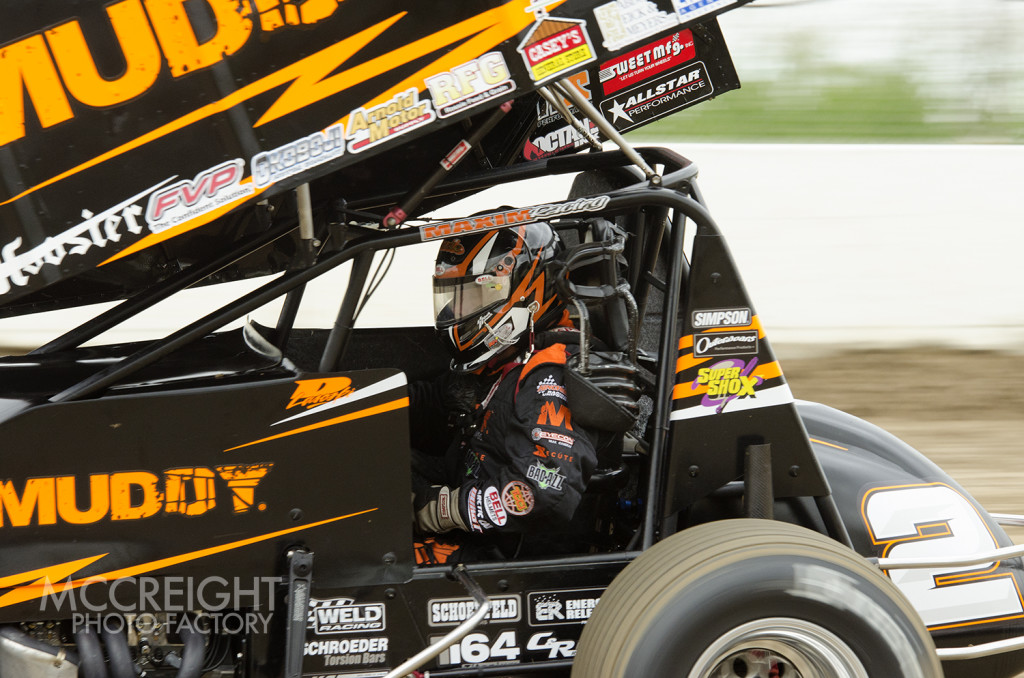 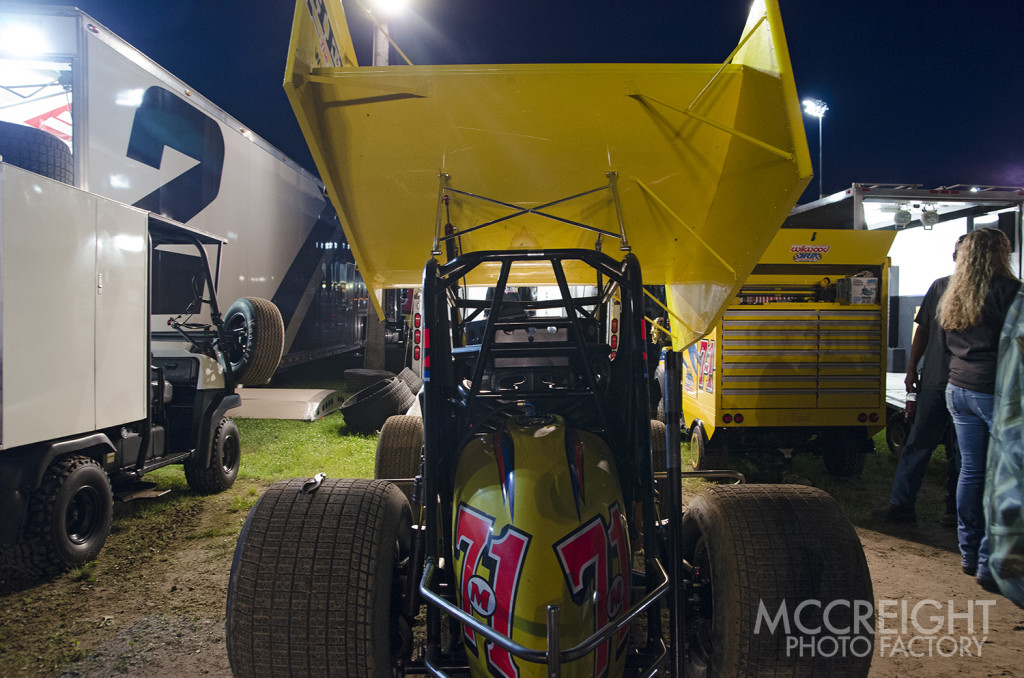 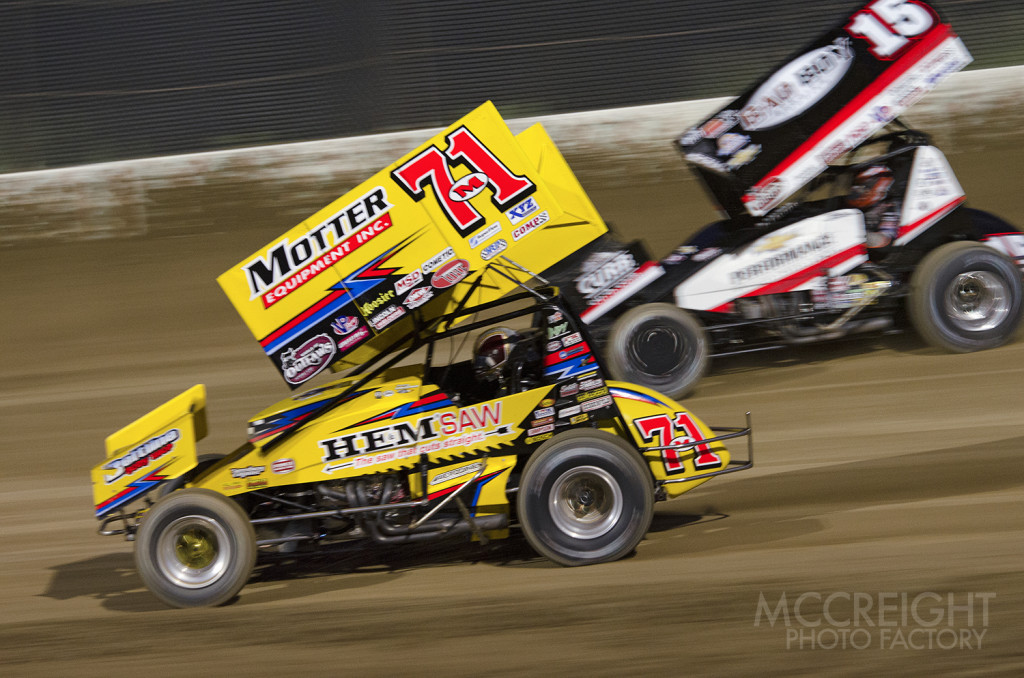 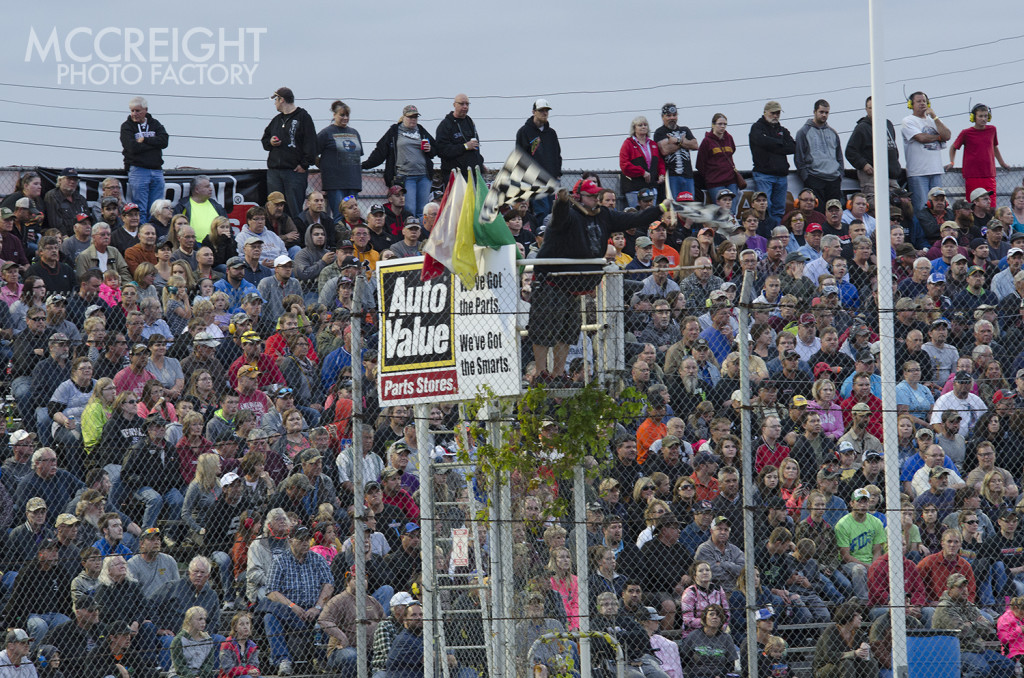