For the last couple weekends the rain has rained supreme (mind my pun), but tonight the racing gods shined down upon Granite City Speedway. With weather threatening the track yet again, instead of rain we were blessed with a beautiful night at the track. 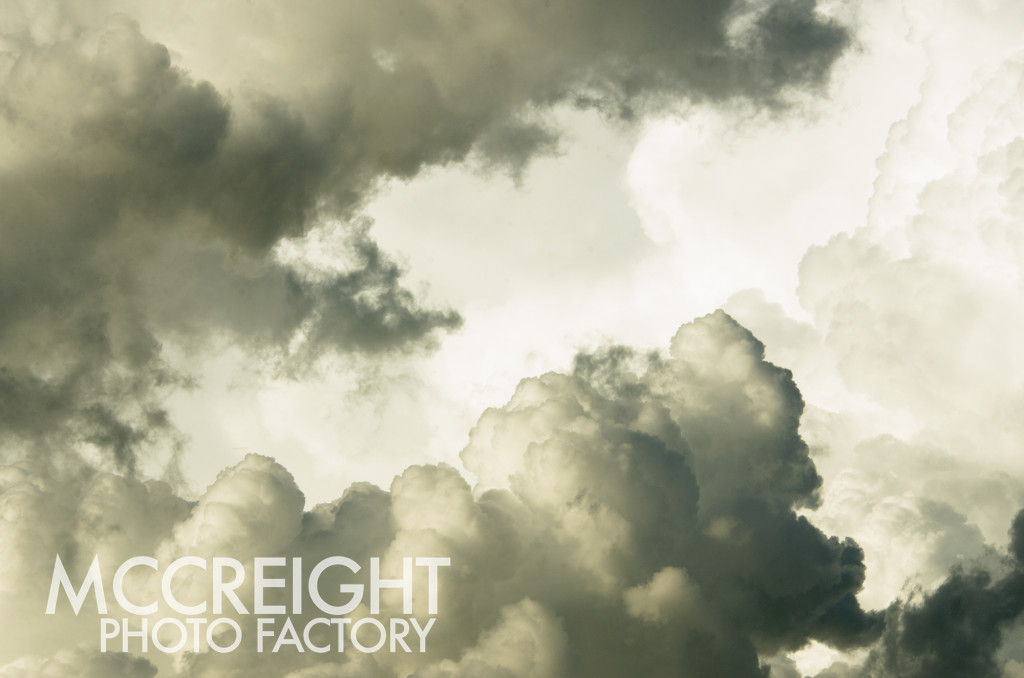 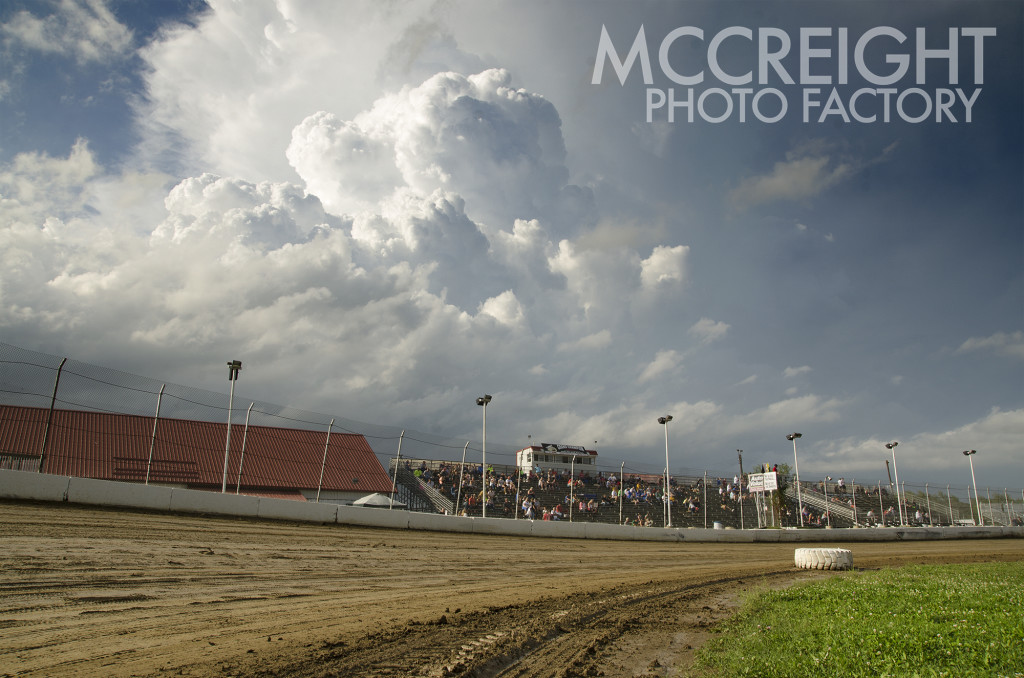 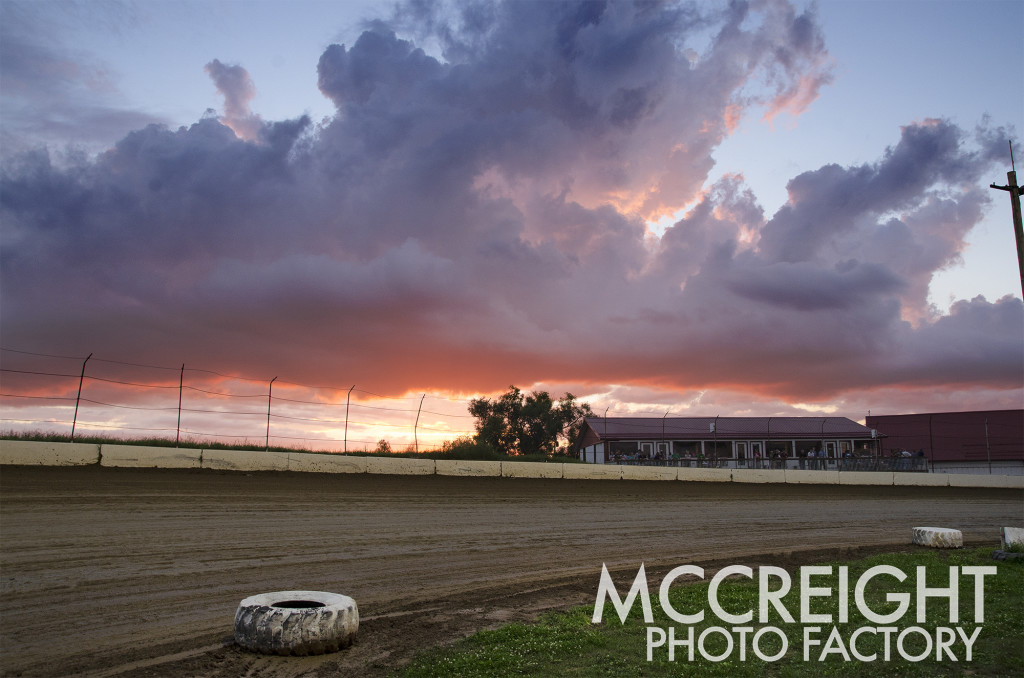 Tonight was going to be exciting, for tonight would settle who would be called the track champion in their classes. You can check out the final results on the Granite City Speedway website. 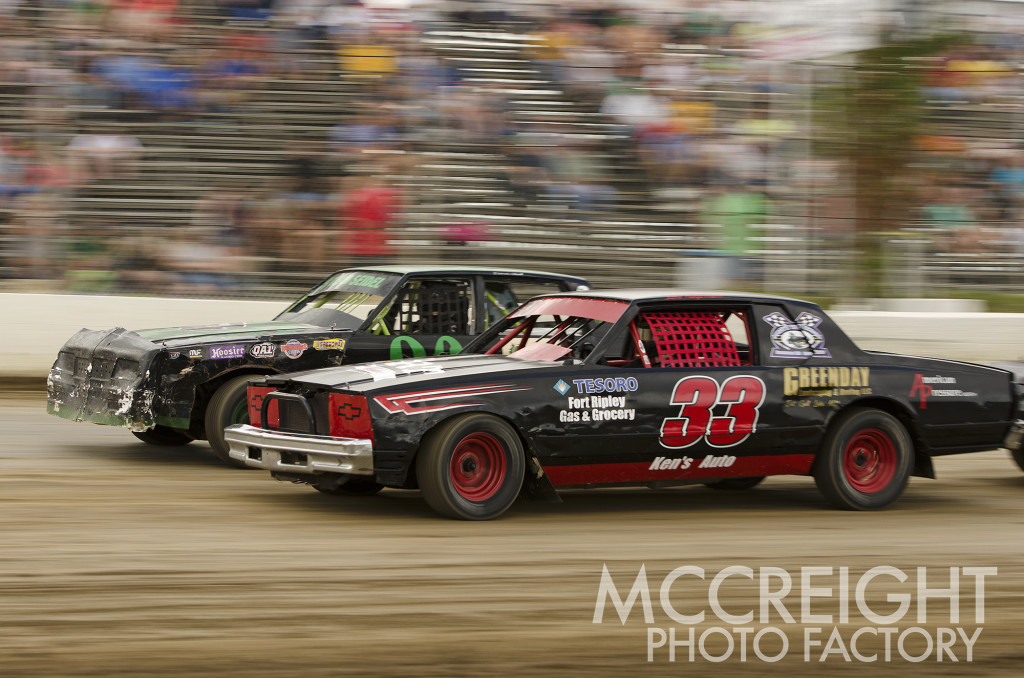 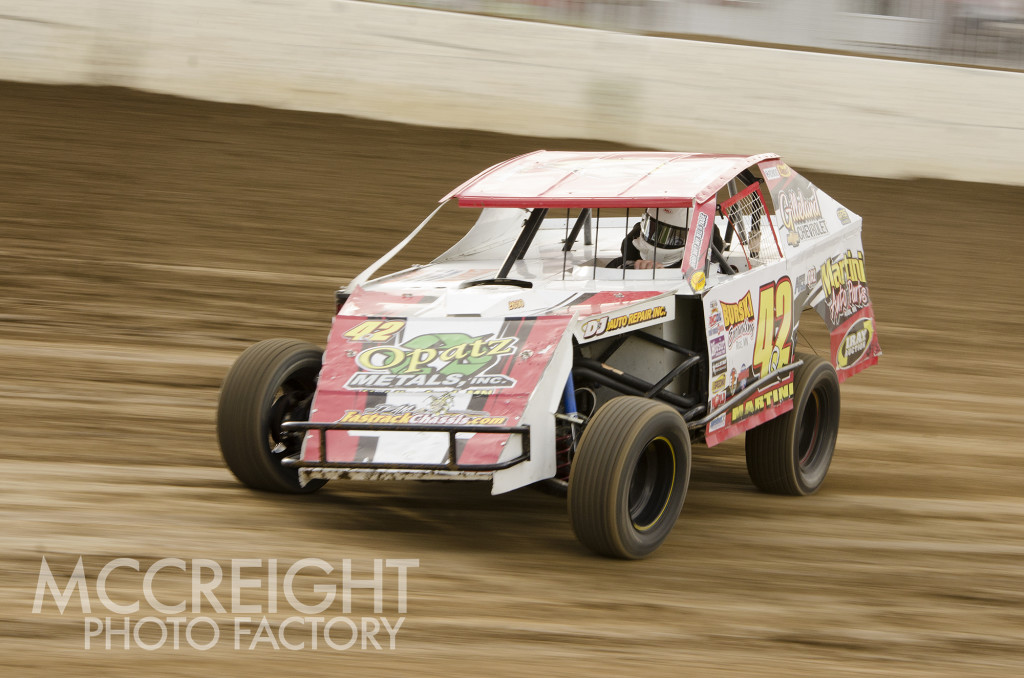 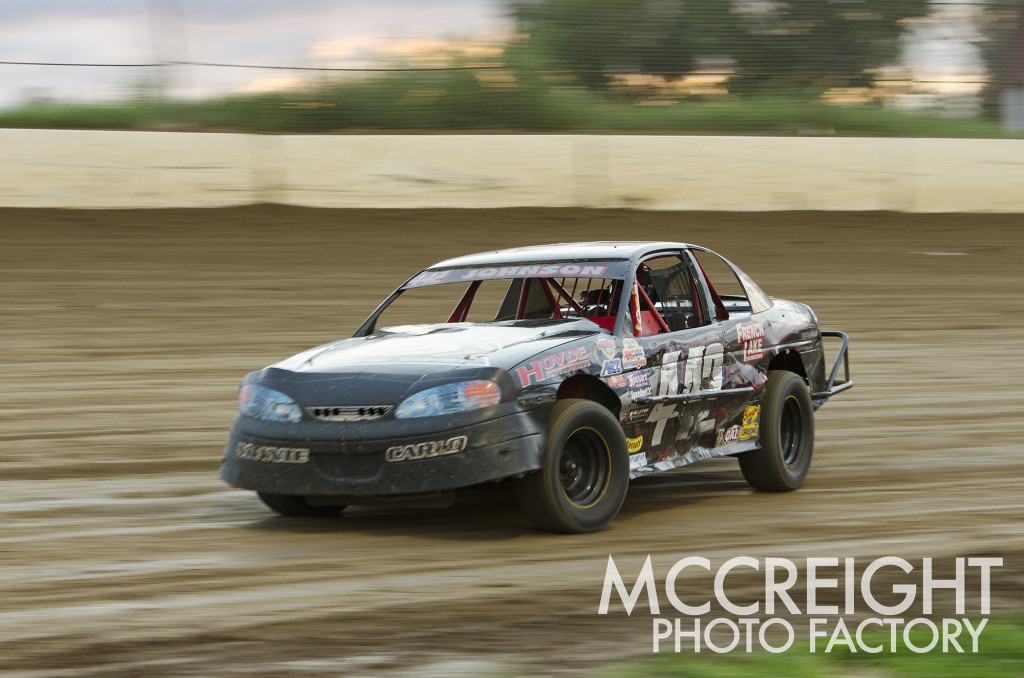 The track was sticky and the racing was spectacular. The cars were running all over the track, a few of them were a little too frisky. 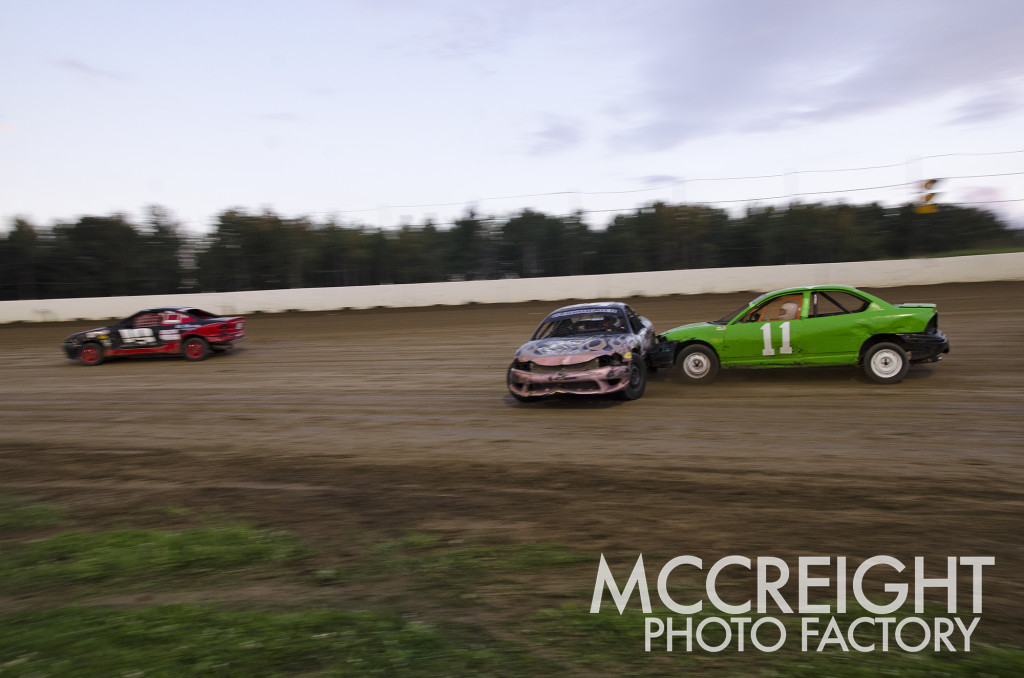 That isn’t the best way around the track.

As the night went on there was a special treat for the fans during intermission. Three Mini Mods showed up and put on a show for the crowd. They might be small but they could boogie.  The little cars screamed around the track. It will be fun to watch them here next year if they work out a deal with GCS. 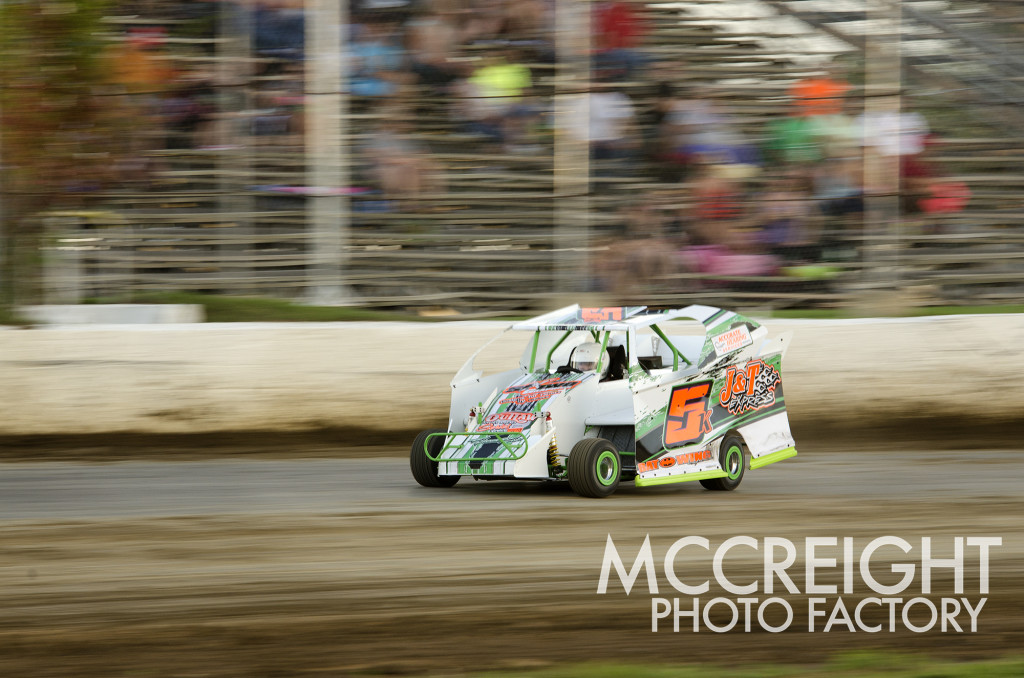 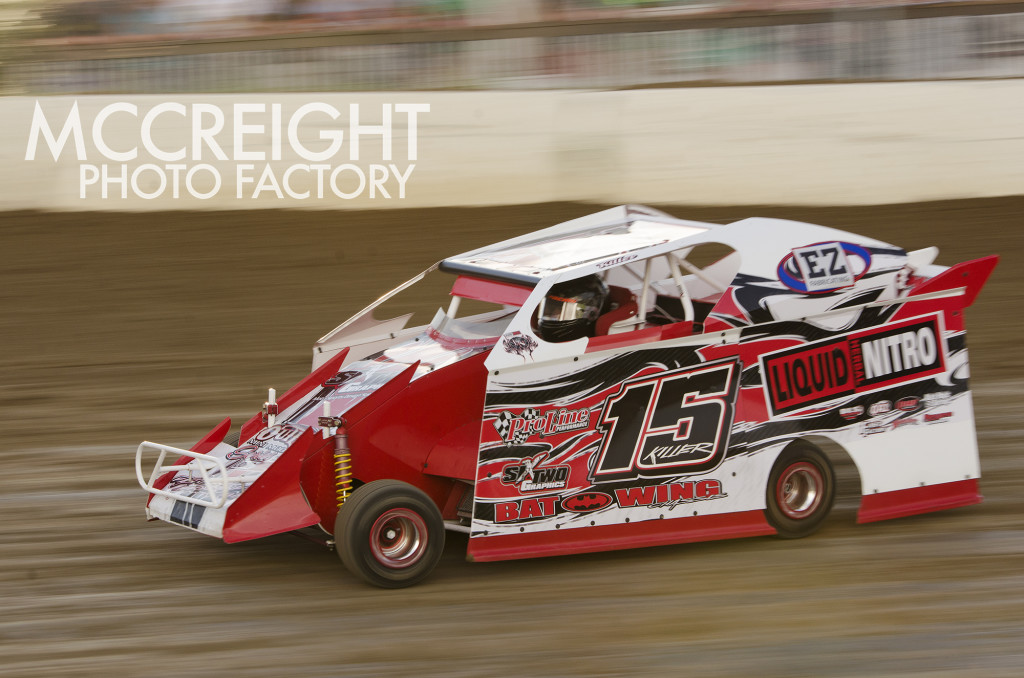 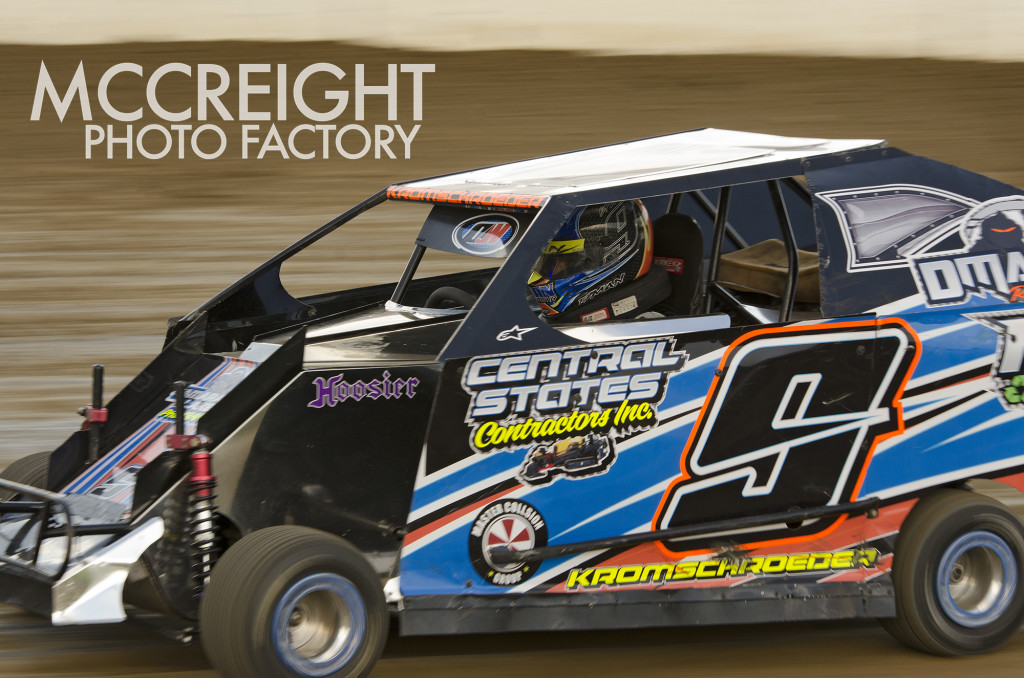 After the sunset the racing continued and was not disappointing. With championships and victories on the line the drivers brought it! 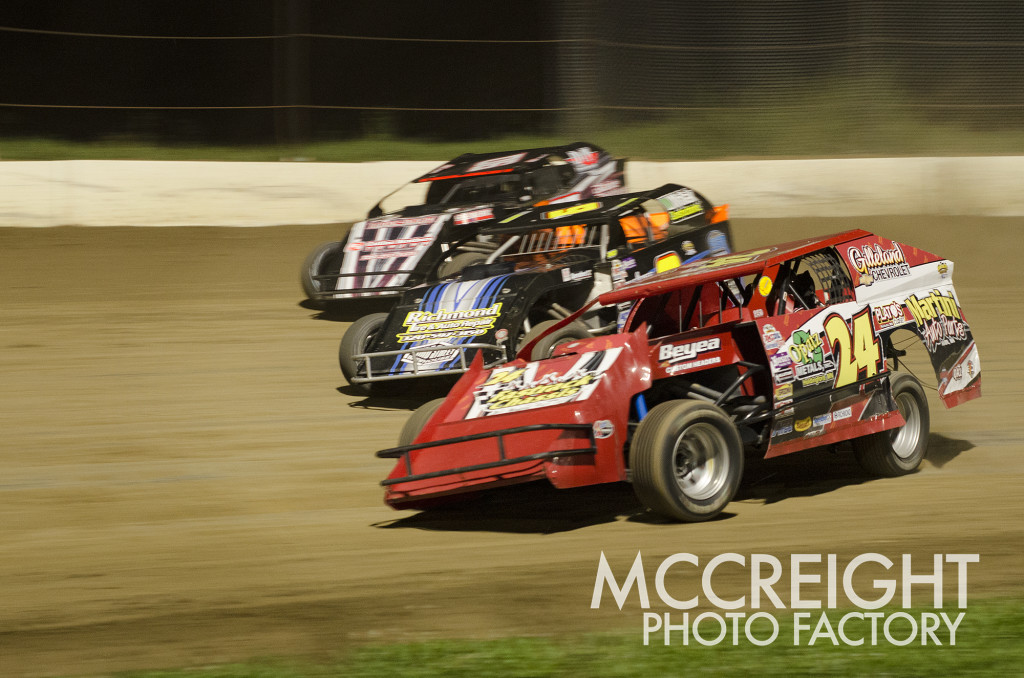 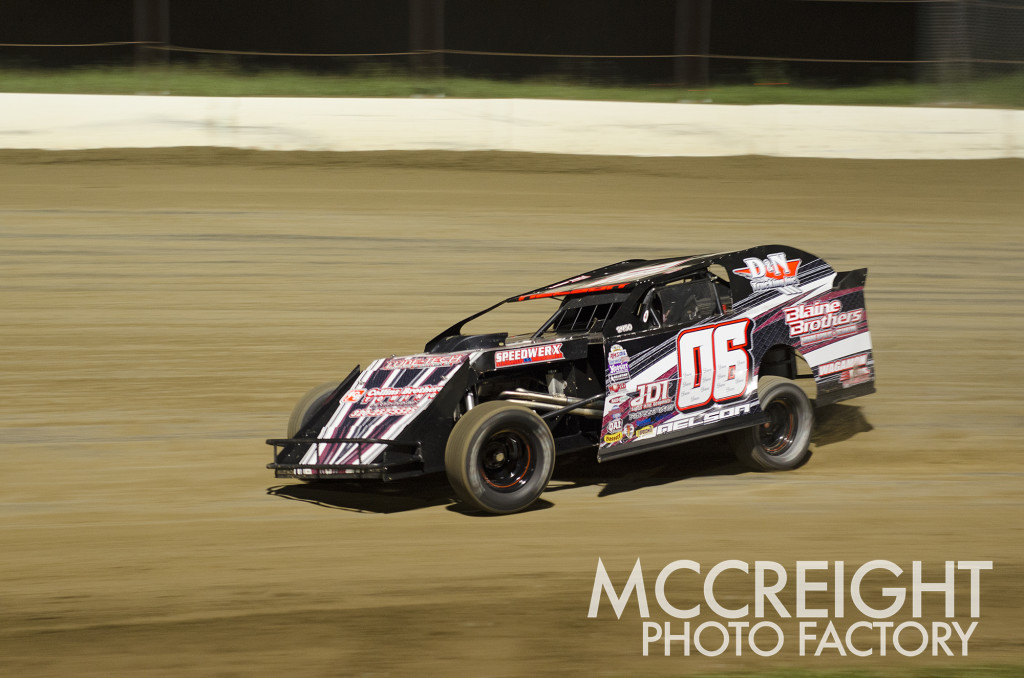 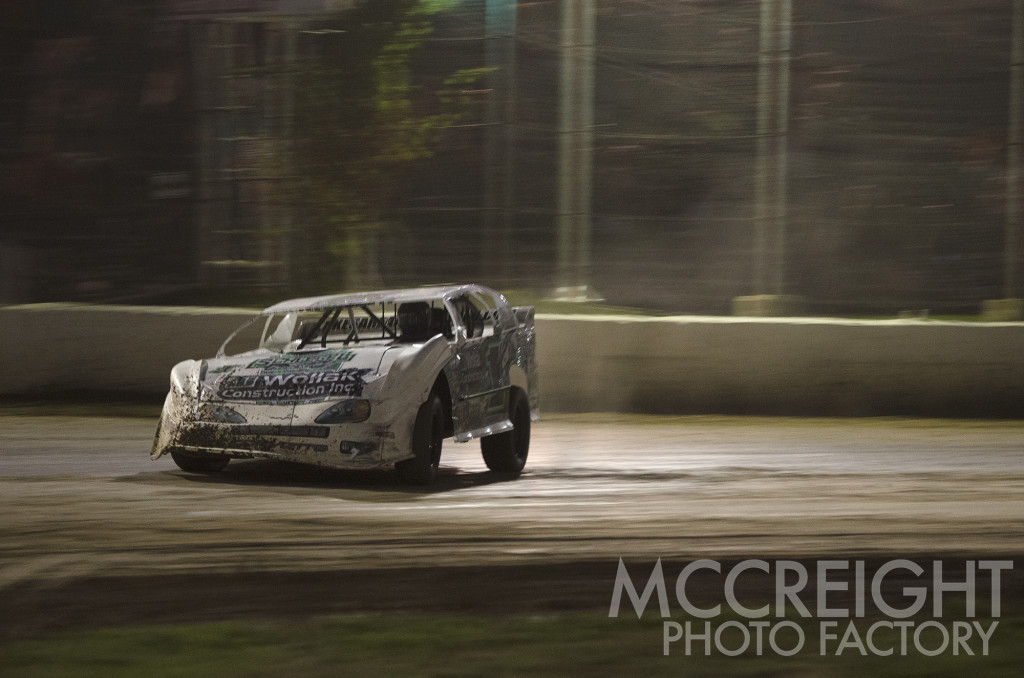 After the score was settled, the mechanics rolled out in the cars to settle things on the track. They were exciting to watch, and the regular GCS flagman got in on the action. 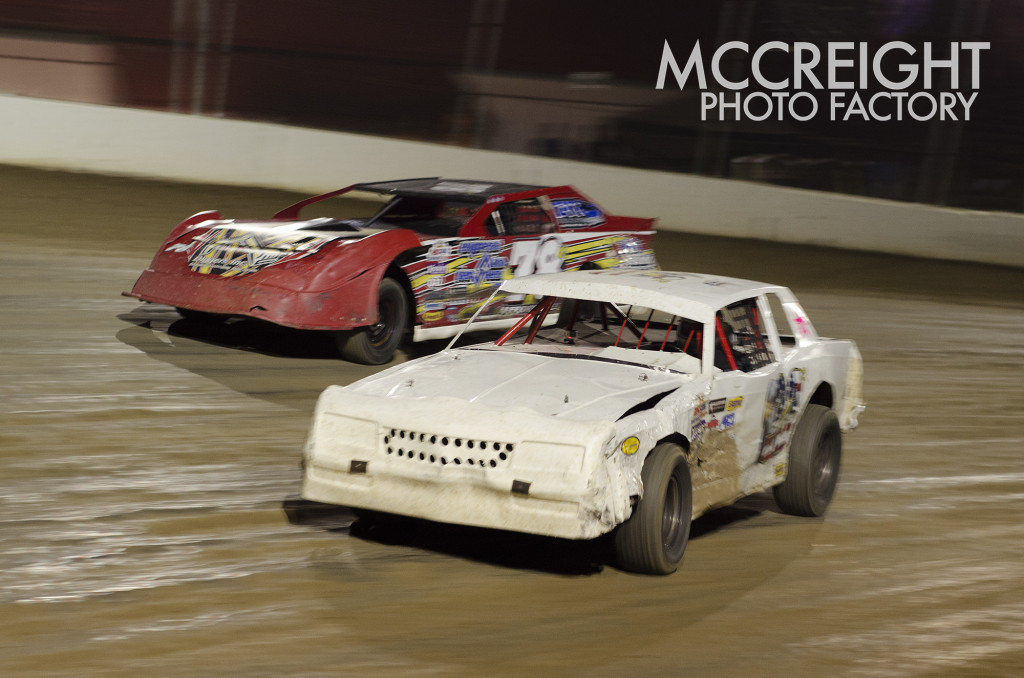 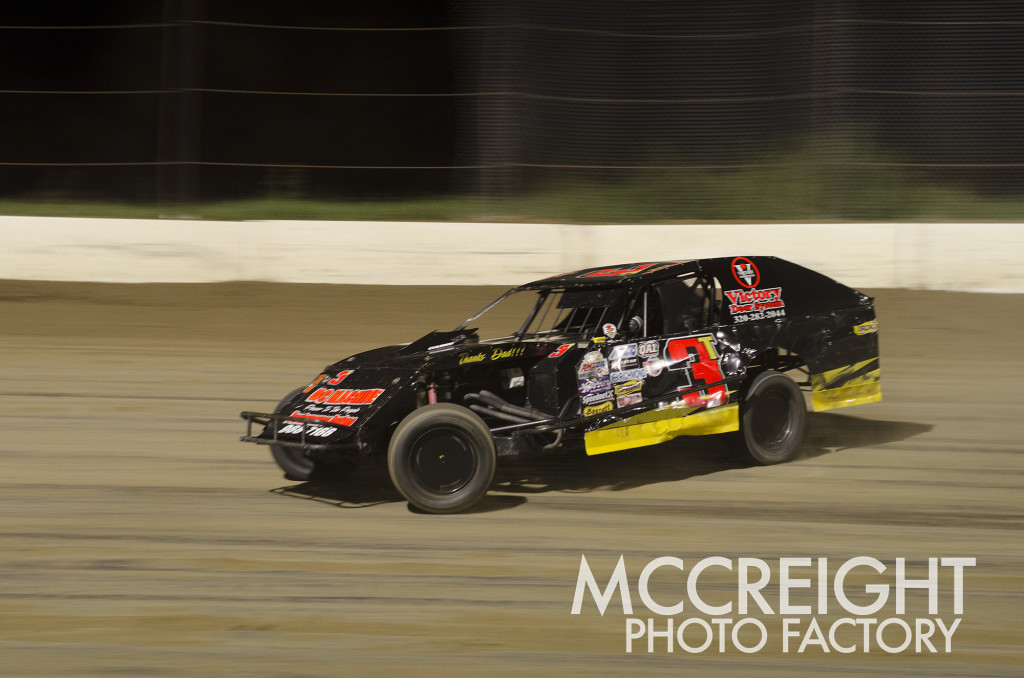 Hope you all enjoyed the races as much as I did, and can’t wait to see everyone back at it next Monday for the Labor Day Special!